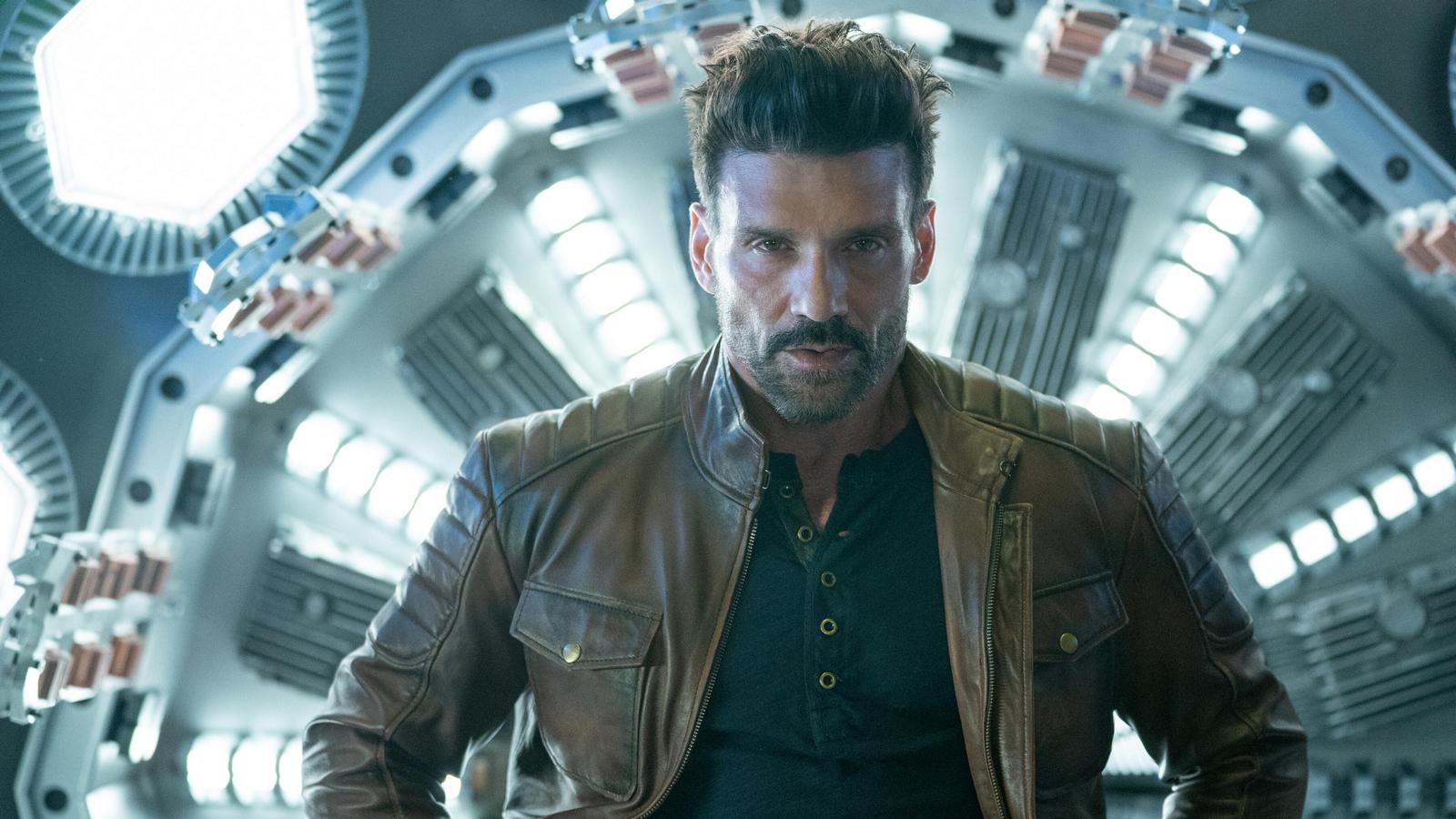 Boss Level stars Frank Grillo as Roy Pulver, a former Special Forces operative who has been waking up on the same day over and over again, only to get killed every time. He’s macheted, shot to pieces by a helicopter, killed in a fall, blown up by a rocket launcher, impaled through the chest, and dragged by a truck–you name a way to die, and Pulver has pretty much experienced it.

One hundred and forty times.

As the Joe Carnahan-directed film begins, Pulver has no idea why he’s been assassinated dozens of times, or who is sending the team of assassins that mow him down every day. Over the course of the movie, however, he gradually uncovers one clue after another that convince him to find ways to stay alive a little longer each day.

The first clue is the word “Osiris,” whispered to him by his ex-wife Jemma (Naomi Watts), a scientist working on a top-secret project for a former CIA colonel named Ventor (Mel Gibson). “Osiris” is a reference to the Osiris Spindle, a sort of quantum tunnel (in fact, the set looks like it was repurposed from Ant-Man and the Wasp) that Jemma has developed at the behest of her sinister boss. It turns out that the Spindle can be used to travel through time, and Ventor intends to change the past as he sees fit and rule the world through controlling time–even if that means killing Jemma, which he does.

But there are two other things about the Spindle that Pulver eventually discovers: first, if it’s used long enough, it will create enough instability in the space-time continuum that it will eventually destroy the entire Earth. And second, Jemma has used the Spindle to create the time loop that Pulver is trapped in, placing him inside so that he can keep reliving the same day until he can figure out a way to stop Ventor, save the Earth and possibly his son Joe (Rio Grillo)–who does not know that Pulver is his dad. But it’s Pulver himself who is causing the imbalance that will swallow up the planet.

Pulver’s first break comes when he discovers that the dental hygienist he picked up the night before the time loop began has placed a tracking device in his tooth, which allows the assassins, sent by Ventor, to find him at the same time and place every day. Of course the poor guy now has to yank out his tooth every time he wakes up, but that’s a relatively small price to pay to extend his time to live and learn more about what he’s meant to do.

Since Jemma is already allegedly dead each time the loop restarts, a despondent Pulver decides to use the extra hours before the Earth goes boom to finally bond with Joe instead. In classic Groundhog Day fashion, the dissolute Pulver, who starts the story as kind of an asshole, begins to reappraise his life, his relationships, and his responsibilities as a husband and father. But then Pulver learns that there is a brief window of time–14 minutes, to be exact–in which he can save Jemma.

As the film races toward its finale, Pulver outwits the assassins long enough to infiltrate Ventor’s facility and kill him before he can slaughter Jemma. But the Earth is still in peril, because of the time loop that Pulver is caught in. For the planet to be saved and time restored to its normal flow, Pulver must step into the core of the Osiris Spindle. But if he survives that and wakes up one more time on the same day, his death become permanent this last time around.

As Boss Level ends, Pulver steps fearlessly into the core and is absorbed–accepting the fact that even if he disappears, his sacrifice will save his wife, his son, and the Earth. But then he wakes up at the beginning of the same day again, knowing that he can’t let himself get killed this time if he wants to rejoin his family and the normal flow of time. “Piece of cake,” he mutters as the movie fades to black.

The ending of Boss Level is ambiguous about Pulver’s fate, which may drive some viewers crazy. But help might be at hand: When we ask Carnahan if Roy successfully manages to not die the last time, the director says, “Oh, I think Roy makes it. Why not? Listen, he’s hard-scrabbled his way through the whole movie at that point. Why not? I think so. Absolutely, man. Absolutely.”

Perhaps no one can really control time, but from what Carnahan says, and from what we get to know about Roy Pulver over the course of the film’s frenetic 90 minutes, it seems that time can– once in a great while–be outrun. We’ll have to wait for the sequel to find out for sure.