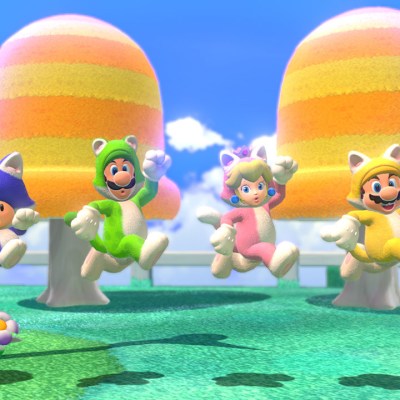 As the years go on, one of the few consistents in gaming remains Mario and the quality of most of the major Super Mario Bros. games. While it sometimes feels like Mario has always been with us and will remain a video game mainstay for years to come, the character’s remarkable longevity does nothing to answer that question that has plagued us for over 35 years: “How old is Mario?”

It’s easy to answer that question if you’re talking about the Super Mario franchise or even the birth of the character from a creation standpoint, but when you’re trying to figure out how old Mario is in the Super Mario universe and the grand Nintendo chronology…well, that’s where things get tricky.

I can’t guarantee that looking into this subject will offer an answer that you’ll be satisfied with, but if you’re just interested in diving deeper into this particular rabbit hole, here’s a slightly more exhaustive attempt to answer a question that has proven to be much more complicated than you’d ever guess it would be.

Let’s start with what is one of the only “direct” pieces of information we have on the subject of Mario’s age.

In a 2005 interview first published on Nintendo Japan’s website, Mario creator Shigeru Miyamoto stated that Nintendo didn’t really “put any restrictions on Mario as a character” aside from the fact that “he’s about 24-25 years old.”

Like the rest of the world, you’re probably raising an eyebrow at that suggestion. We’ll dive into the various reasons your doubt is justified here in a bit, but let’s start with the fact that Mario certainly doesn’t look like he’s 24-25.

So far as that goes, there are a few possible explanations. The first, and most likely, is that this is honestly one of those things that Nintendo doesn’t really care about and hasn’t put too much thought into. As such, the consistent design of the character is probably more important to them than this quote Miyamoto gave years ago. Much like the popularity of the character, they probably see Mario as something close to immortal.

As others have pointed out, this could also be a matter of Miyamoto suggesting that Mario has the physical capabilities of a person that age (no doubt due to his consistent jumping exercise routines). While I’d lean more towards the “Mario is immortal” argument, there’s something to be said for the idea that Miyamoto was measuring Mario’s age via his physical abilities.

While Miyamoto has only offered the 24-25 age range as a direct response to questions about Mario’s age, he has previously made statements that somewhat contradict that information.

For instance, in a 1996 interview for a Japanese strategy guide, Miyamoto was asked about Mario’s “unrealistic” movements. Here’s what he had to say on the subject:

“With 3D, little ‘lies’ like that can go unnoticed. So we lied a lot! I mean, Mario is this weird old dude who can jump 3 times his height… so who’s counting? (laughs)”

Ok, “old” can be a subjective term, but it’s certainly a strange word to use to describe someone who is in their mid-twenties. If pressed to guess, I’d say that Miyamoto had it in his head that Mario was older at one point but later decided to keep the character in his physical prime. That or he was, you know, joking.

When is Mario’s Birthday?

The first popular theory is that Mario’s birthday is on March 10, aka “Mar10 Day.” However, the concept of Mario Day appears to have been created by fans who wanted to celebrate Mario and couldn’t pass up the chance to use such a clever date to do so. Nintendo acknowledges the day, but it doesn’t seem to be “canon.”

Some fans also suggest that Mario’s birthday could be September 13: the day that Super Mario Bros. was released in Japan. However, Nintendo typically just treats that day as the anniversary of that game and the Super Mario franchise. Besides, Mario previously appeared in both Mario Bros. and Donkey Kong. Actually, if you want to use those releases as a metric, you could say that Mario was “born” in 1981 when Donkey Kong was developed and released (even if the character in that game wasn’t originally named Mario). Again, though, That’s really just a matter of Mario “the creation’s” birth date vs. the character’s birth date.

Interestingly, strong evidence suggests the “official” answer to this question (or at least the month and day) may be October 11. At least that’s the day that Nintendo listed Mario’s birthday as in an old issue of Nintendo Power:

Anyone who has tried to keep up with The Legend of Zelda‘s timeline probably won’t be too surprised to learn that Nintendo has been somewhat…inconsistent with Mario’s age over the years.

For instance, in Super Smash Bros. Melee, it’s suggested that Mario is actually 26. It’s not that big of an age difference from the 24-25 range Miyamoto suggested, but given that it’s apparently one of the few things about Mario the company has defined, it’s certainly interesting that there would be any variation in his age.

Other games make passing references to Mario’s possible age that absolutely contradict that 24-25 estimate. For instance, Paper Mario: Color Splash makes an off-hand reference to a 30 year battle between Mario and Bowser. Again, that number makes sense if the game’s developers are just commenting on the anniversary of the franchise, but that idea doesn’t really gel with Mario’s suggested age.

Don’t even get us started on Baby Mario. While that character’s first appearance in Super Mario World 2: Yoshi’s Island suggests that Baby Mario was, in fact, Mario as a baby, we’ve seen numerous games since then that show Baby Mario and Mario working side by side. There’s a loose explanation for this in some games, but this is really just one of those things that Nintendo has thrown their hands up at over the years.

Mario’s Actors Are Typically Between 40-60

If you were hoping that the age of some of the people who have played/voiced Mario over the years might shine a little light on this subject, I’ve got some bad news for you. Here’s a look at a few of the notable actors that have portrayed Mario over the years and their rough age at the time they took on the role.

There have been a few other Mario voice actors over the years that usually fall into that rough 40-60 age range, but the point is that Nintendo typically casts older people to portray the character. We’ll see if that streak changes in the Super Mario Bros. animated movie that is currently scheduled to be released in 2022.

Is Mario Older Than Luigi?

The good news is that Lugi has fairly consistently been described as Mario’s younger brother over the years. However, Nintendo has been inconsistent (try to be surprised) in regards to exactly how much older Mario is.

In a 1990 comic called Family Album ‘The Early Years,” we see baby Mario as an only child for quite some time before Luigi is mentioned. This implies that Mario is several years older.

However, Super Mario World 2: Yoshi’s Island suggests that the two are actually twins who are roughly the same age. Again, that game raises a lot of questions about Mario’s age, but Nintendo has seemingly stuck with the “twins” explanation since then. Luigi has referred to Mario as an older brother in several games, and titles like Super Paper Mario use the “twins” description when referencing the siblings.

How Old Was Mario Segale (The Man Who Inspired Mario’s Name)?

In case you didn’t know, the name “Mario” was inspired by a man named Mario Segale who owned a warehouse that Nintendo rented in the ’80s. The story goes that Nintendo decided to rename “Jumpman” in Donkey Kong to “Mario” in the American version of the game following an incident in which Segale yelled at former Nintendo of America president Minoru Arakawa over overdue rent.

In case you’re wondering, Segale would have been about 49 at the time of Super Mario Bros.‘ release in Japan. While that age range is pretty consistent with the actors that Nintendo cast for early portrayals of Mario, this could actually be a dead end as there is no official indication that Mario’s physical attributes were strictly based on Segale.

So How Old is Mario, Really?

Well, we’re not going to argue with Miyamoto’s age range suggestion, but if we’re trying to make sense of that age based on everything that we do know, I’d conclude that Mario is as physically healthy as a 24-25-year-old, is minutes to hours older than Luigi, was born in October, and not only doesn’t seem to age but actually may have gotten younger over time in the minds of Nintendo’s artists and designers.