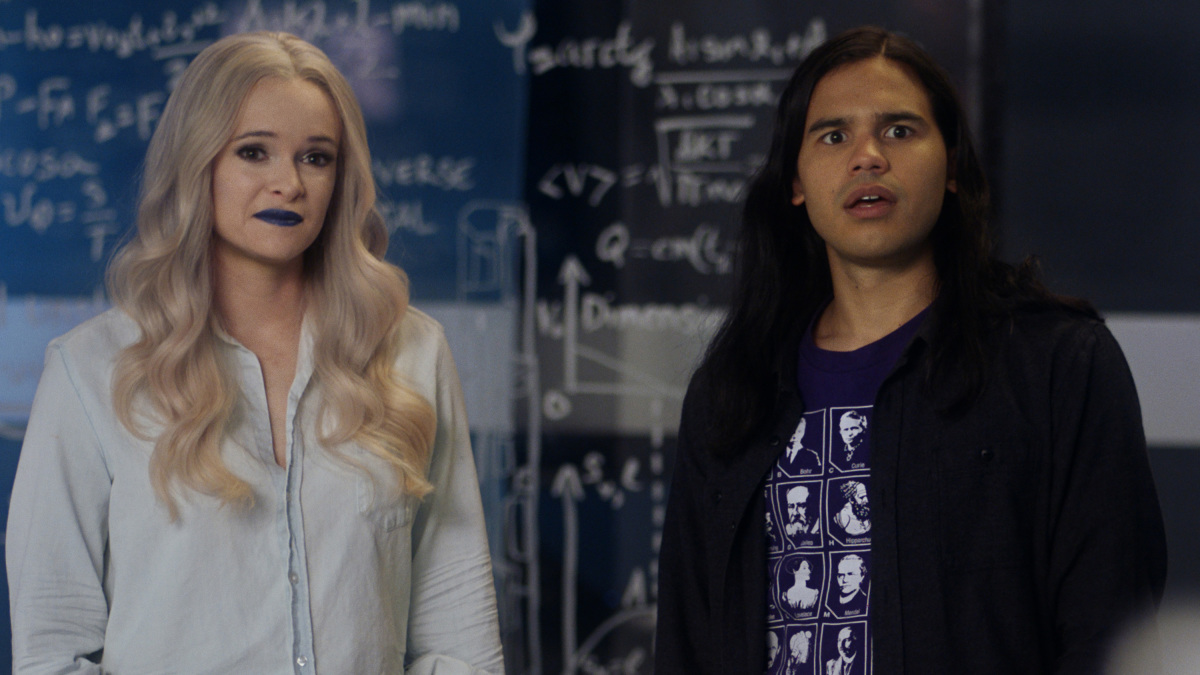 This THE FLASH review contains spoilers.

Many of us probably suspected that The Flash wasn’t likely to keep Iris in the Mirror Universe much longer, since that particular subplot trotted past tired and well into dull when we were still officially in Season 6. Yet, “The Speed of Thought” manages to pull off getting her out in a truly interesting and unexpected way, one that promises uncomfortable and unpredictable consequences.

It’s a pleasant surprise from a show that I often forget is really good at doing stuff like this and has only gotten better at it under Eric Wallace as showrunner. The Flash is a superhero show in its seventh season that’s still capable of genuine surprise, both in terms of plot twists and character, and that’s part of the reason it’s still such a delight to watch.

“The Speed of Thought” is one of those instances. Gifting Barry with superspeed intelligence at the cost of the heart that’s always distinguished his particular hero’s journey is an intriguing twist and one that reaffirms all the reasons we love this show in the first place. Team Flash is better together. (Welcome back, Cisco and Frost!) Part of the reason they’re so powerful is that they always find another way – again, together – and never give up, especially when it comes to saving others.

Grant Gustin is deeply creepy as a Barry without the emotions that normally drive his choices, and his repeated confrontations with Cisco and Frost make for pretty compelling TV. As does the fabulous action sequence in which he faces off with a Frost under the influence of Velocity X who essentially becomes an ice speedster. More of these innovative uses of our heroes’ powers, show!

The ethical conundrum at the heart of the episode, in which Barry’s genius brain insists that Kamilla and Singh are expendable while Iris isn’t and is therefore worth rescuing – not because she’s his wife, but because she knows more about Eva’s potential plan of action is wildly disturbing. The Flash actually allows him to cross multiple moral lines over the course of this hour, rather than pull him back at the last minute as it’s so often done in the past. He lies to his friends, manipulates those he cares about, risks the safety of his team, and directly harms several of them.

Barry’s decision to publicly out Eva as a mirror clone is ostensibly the primary driver behind what appears to be her final break with reality, turning a sometime antagonist into what appears to be a very real and dangerous threat. He’s left an injured Kamilla and Singh in the mirror universe, with no clear path to saving them. And he’s dragged Iris out of the mirror against her will, an act that seems to have damaged her in some as yet undefined way.

That’s…a big mess to clean up, and the fallout will likely involve some real consequences for more than just Barry himself. (Which is, of course, the best sort of story.)

Unfortunately, where “The Speed of Thought” becomes entirely predictable is in its treatment of the Mirror Mistress herself. Thus far, this is a character that’s subverted all our expectations about what The Flash villains look like. Mostly sympathetic and at least partially motivated by a desire to do good (as well as punish a man we can all agree was kind of a dirtbag), Eva was the show’s first Big Bad that didn’t really feel like one.

Now, however, this previously complex woman seems to have been driven mad by the realization that she is actually a mirror clone herself, and now appears to be hell bent on taking over the world in order to remake it into the one she left behind. Or at least Central City. Because reasons. And, to me, that feels like such a waste of a character who, prior to right now, could have had almost boundless potential.

Maybe The Flash just wanted to burn through this leftover Season 6 plot so they could get on with the story it always intended to tell in this new set of episodes. But Eva McCulloch deserves better than to be shoved into a typical Big Bad ending, when thus far she’s been anything but.

Loved the low-key shout-outs to past favorite characters like Jessie Quick, Ronnie, and even Nora on the STAR Labs Wall of Remembrance. Were those glasses meant to be Leonard Snart’s?

Not even a mention of Ralph and Sue this week, huh?

Welcome back Cisco! He was such a non-entity over the back half of last season that seeing Carlos Valdes truly back in action, both as a problem solver and the person who knows Barry best is so very welcome.

But it’s…probably not good that I had completely forgotten Cisco and Kamilla were in a relationship until he mentioned it, right?

Welcome back, Frost! The one good thing about this pandemic is that it shortened Danielle Panabaker’s maternity leave to essentially a single episode. I can’t get over the ice lightning, truly. Is that the coolest thing they’ve ever allowed this character to do?

This is the second episode in a row where The Flash sort of vaguely implies that Allegra should feel bad for not getting to know Nash when she had the chance, even though his entire obsession with her was obnoxious. And it’s pretty gross. Just because Nash is dead now doesn’t mean Allegra ever owed him her time.

I’m fascinated by what appears the show’s decision to basically resurrect the original Harrison Wells as sort of a Final Girl figure, but am confused about whether he’s actually the genuine man whose body Eobard Thawne originally stole, yet another version of Thawne himself, or something else entirely. And here I thought The Flash couldn’t surprise me with its carousel of Wellses anymore.