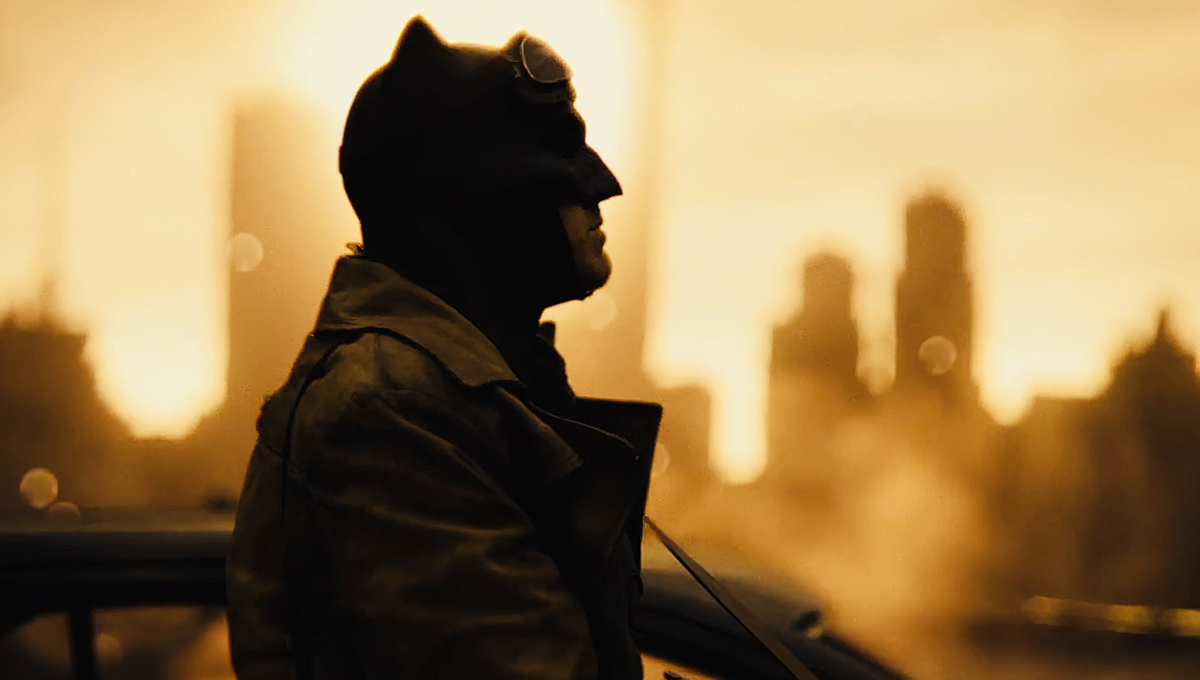 Zack Snyder’s Justice League will unveil what was once the Bigfoot of the film industry: the titular director’s true rendition of the 2017 DC megamovie from which personal tragedy initially incited his exit. Indeed, rarely does a legendary unrealized project manage to manifest in such a definitive manner. Yet, while the film’s imminent HBO Max premiere will be a clear victory for the legions of fans behind the #ReleaseTheSnyderCut movement, Snyder revealed a major concession he made regarding its place in the DC Extended Universe continuity.

If you needed confirmation straight from the horse’s mouth about the Snyder Cut’s place in the disjointed DCEU, then Snyder obliged during an interview with podcast DC Cinematic Cast, on which he clarified where his lengthy redux stands vis-à-vis the canon he launched with 2013’s Man of Steel and 2016’s Batman v Superman: Dawn of Justice. Potentially upsetting passionate proponents, Zack Snyder’s Justice League—for all its elaborate new bells and whistles—will not be considered canon in the DCEU. Rather, the version released at theaters in 2017, which took shape under the now-controversial stewardship of pinch director Joss Whedon, will remain the acknowledged version of the onscreen superhero tandem.

“It’s interesting, sort of in the DCEU, or whatever it’s become, that that trilogy [Man of Steel, Batman v Superman and Justice League] sort of insulates itself in some ways it becomes, like, it’s its own thing now,” explained Snyder. “I famously said, and it’s true—this isn’t controversial—but you know, this film, my Justice League, is not canon, right? Canon for Warner Bros. is the Joss Whedon version of Justice League, right? That’s—in their mind—that’s canon. And what I’m doing is not, everything I’m doing is not. So, it’s just interesting, that relationship. And I’m fine with it because I feel like the only way that I could have made this film with autonomy was because of that, because of me admitting and agreeing to the fact that it is not canon.”

With the Snyder Cut set to manifest with double the length of the preceding two-hour Whedon version, Zack Snyder’s Justice League was always destined to take the storyline down narrative paths intended to be consequential for the subsequent array of DCEU movies—most notably his plans for Justice League to serve as the kickoff for follow-up films. Indeed, besides the expanded backstories for heroes The Flash, Aquaman and Cyborg, we’re set to see a more realized rendition of the film’s primary conflict, with the invasion of armies from Apokolips led by a still present—and significantly pointier—Steppenwolf to be accompanied by heretofore unseen fellow Jack Kirby-concocted lieutenants Desaad, Granny Goodness and, most notably, the character widely acknowledged as DC Comics’ main big bad, Darkseid; a character whose mere presence alone changes the entire dynamic of the film, and anything that would have followed. It’s a stark contrast from the theatrical version, which only had the main heroes fending off an initial incursion of the Apokoliptian armies, and only built to a climactic battle with Steppenwolf.

Consequently, with the less-extensive theatrical cut of Justice League having uniquely shaped the DCEU canon for its successors in 2018’s Aquaman, 2019’s Shazam, 2020’s Birds of Prey and Wonder Woman 1984, it stands to reason that the lavish narrative avenues inevitably explored in the Snyder Cut were always destined to step on the established continuity already shaped by Whedon’s version. Therefore, barring an eventual retroactive timeline-altering, Crisis on Infinite Earths-type take on the big screen, the Snyder Cut will be relegated the realm of apocrypha. It’s a development that seemingly stultifies some of the hype for the film, since there was a mostly-unspoken notion that Zack Snyder’s Justice League would serve as a canonical course correction to the widely-panned, fiscally-underperforming 2017 film in a manner akin to the DVD-released Richard Donner cut of the 1981 Richard Lester-pinch-directed Superman II or even the handful of director’s cuts for Ridley Scott’s 1982 sci-fi opus, Blade Runner, which are seen as having successfully corrected the pacing issues that hindered the film’s initial theatrical run.

“I understand the frustration,” says Snyder regarding the potential fan blowback. “If someone was frustrated by that concept, I wouldn’t say don’t be frustrated by it. It’s fine to be frustrated by it, I’m frustrated by it. So, I would only say, though, that the grander, greater concept for the DCEU is on another road. And there’s nothing I can do about that. That is just, it is what it is. That’s not my decision.” However, Snyder emphasized how the non-canon place of his Justice League was a firm condition connected to the unlikely deal that made the Snyder Cut a reality; a deal that, as a recent report revealed, defied overwhelming odds, since it was later learned that Snyder was enduring a tumultuous relationship with Warner Bros. by the time the tragic death of his daughter Autumn became the catalyst for his exit from the film.

Snyder nevertheless remains passionate about the opportunity he was given to complete the movie he’d always intended to make, seemingly having attained a level of acceptance about what he refers to as the “clear delineation” between his cut and the DCEU canon that’s now irreparably shaped by the events of Whedon’s movie. However, he clearly think the Snyder Cut can be seen as its own thing. “It’s not a secret. Obviously, Justice League is [an] anomaly, a never heard of scenario, so it does represent in a lot of ways, this other way of doing it,” he explains. “I think it’s an interesting intersection between… it’s not like the fans said ‘do it this way’ right? The fans said ‘look, we’re into what Zack is doing, so just let it—it was going somewhere, yes, we’re paying attention. You gotta stop going this way and that way.”

The idea that audiences will appreciate Snyder’s film, perhaps in a multiverse-type context, is not outside the realm of possibility. Besides potential passionate boosts from Snyder’s hashtag campaigners, the DCEU has already segmented its film universes, notably with the Joaquin Phoenix-headlined 2019 critical favorite Joker being set outside the DCEU (as Jared Leto’s earlier Suicide Squad version makes a return in new footage shot for the Snyder Cut), and upcoming Robert Pattinson-headlined reboot The Batman also confirmed to take place on a different Earth. This concept was further intensified by the recent news about writer Ta-Nehisi Coates’ J.J. Abrams-attached Superman movie project, which is believed to present a different version of the hero than Henry Cavill’s DCEU iteration. Therefore, it’s reasonable to view the Snyder Cut as its own divergent DC universe, a DC Snyderverse, if you will. Let that one sink in, folks.