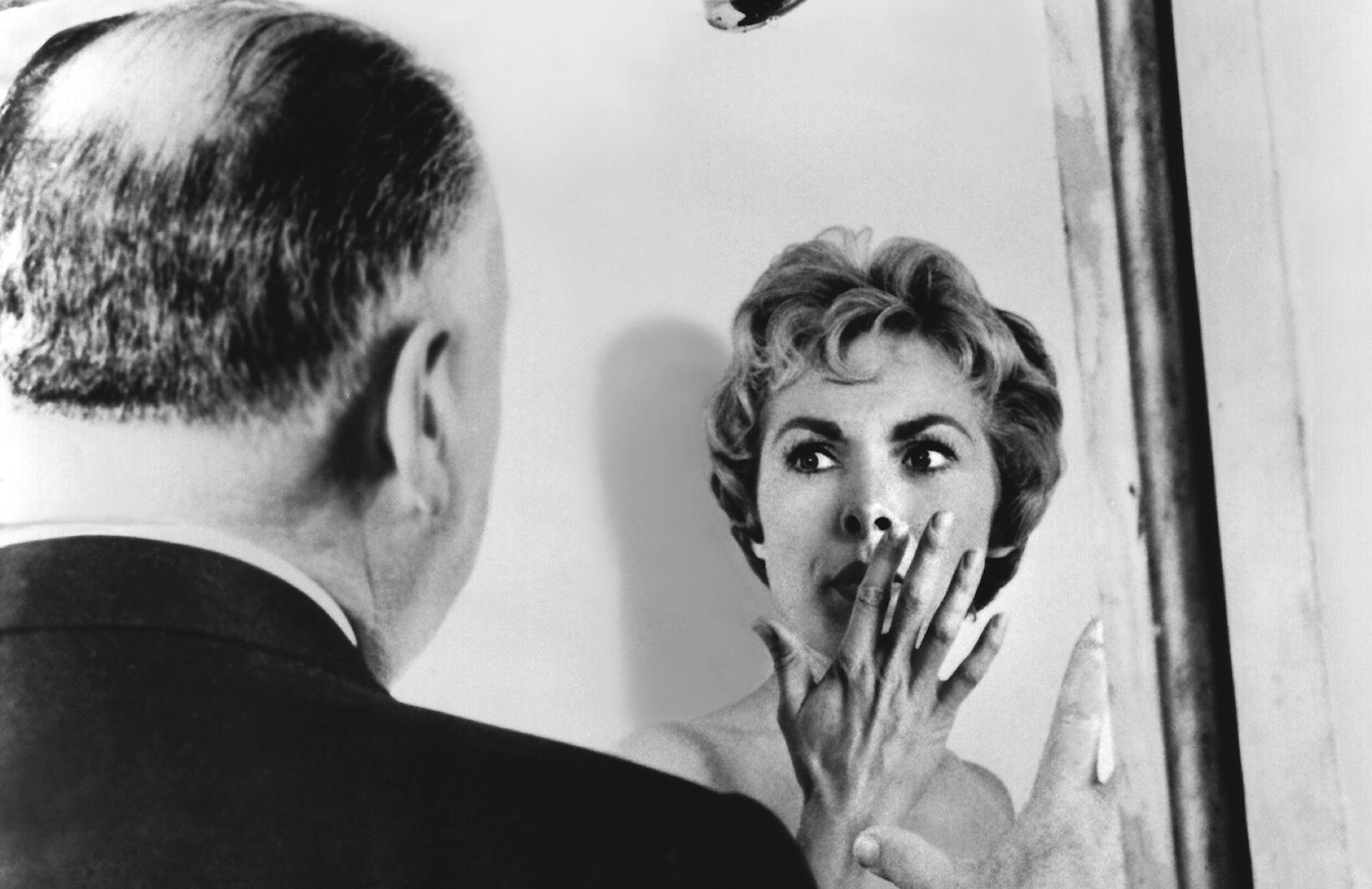 In the fall of 1939, director Alfred Hitchcock stood before Columbia University to tell a story we can only hope he invented. With a ruthless, dry delivery, Hitch spoke of two Scotsmen on a train. One of these fellows carried with him a mysterious package he says is a “MacGuffin.” When the other man asks what exactly is a MacGuffin, the carrier responds, “It’s an apparatus for trapping lions in the Scottish Highlands.” What an odd response, the other guy thinks. After all, there is no such thing as highland lions! When he points this out though, the MacGuffin’s owner says, “Well then, that’s no MacGuffin!”

It’s an amusing anecdote which is as circuitous as it appears pointless. But that very pointlessness was always the appeal for Hitch, who four years earlier popularized the storytelling term of a “MacGuffin” with his film The 39 Steps. In that movie, a man is mistaken for a spy and is constantly hounded for information about “the 39 Steps,” a mysterious object or piece of information worth killing over. Yet when the movie ends, the viewer is really no closer to learning what those 39 steps are. Or as Hitchcock told Columbia students in ‘39, “You see, that a MacGuffin is actually nothing at all!”

Even so, the storytelling tool has dominated our pop culture, from cinema to literature, for nearly a century since Hitchcock left the stage.

“The best MacGuffin is the one that 30 minutes after the movie is over, you have no idea what it was,” says Eddie Muller, the host of Turner Classic Movies’ Noir Alley. “To me, that represents the essence of the MacGuffin. It’s like you remember everything that happens in the story, but you have no idea what it was that they were after. ‘Like, what was that again? I can’t remember!’”

For Muller and fellow TCM host Ben Mankiewicz, what matters is the great chase through the train; not what the Scotsman is hiding in the box on it. Even so, distinguishing what actually constitutes a MacGuffin is something TCM hosts are thinking a lot about these days thanks to their network’s new Friday night series about some of the greatest MacGuffins in movie history. Last Friday, TCM aired Hitchcock’s groundbreaking The 39 Steps, as well as Psycho (1960) and North by Northwest (1959). This week, the series continues with The Maltese Falcon (1941), Casablanca (1942), and Citizen Kane (1941).

“I never really thought about [MacGuffins] ever, I must say, until getting to TCM and until we started talking about scripts,” Mankiewicz says to Muller and myself over a joint Zoom interview. Yet it’s also why he appreciates having Muller as a co-host (and occasional sparring partner), with the latter being intimately familiar with the narrative tools of the trade. For in addition to setting up shop in Noir Alley, Muller’s also a novelist, having authored The Distance (2002) and Shadow Boxer (2003).

“I write fiction, and we have these things that we always use,” Muller says. “The characters have to have a goal and there have to be obstacles; there has to be conflict. And when you write mystery fiction, there’s even more rules involved. Then there’s the red herring and there’s the whodunit. The MacGuffin is, by and large to me, part of that style of fiction.”

The emphasis on characters fighting over an object or prize of incredible importance to themselves, if not necessarily to the audience, is what facilitates some of the greatest thrillers and adventures in cinema. Hitchcock famously put uranium in wine bottles in Notorious (1946), but all anyone remembers about the ending of that movie is Cary Grant saving his fellow spy, Ingrid Bergman, from the Nazi house where the wine bottles are stored. Indeed, Mankiewicz muses that audiences may have gotten that MacGuffin confused with other Hitchcock spy thrillers.

“Is it uranium in wine bottles in Notorious and a microfilm with state secrets in North by Northwest or is it the other way around?” Mankiewicz ponders. “Really, it could be either in both.” Mankiewicz even argues one of the most famous MacGuffins in movie history is still essentially meaningless. John Huston’s The Maltese Falcon is credited by some as the kickoff of the Hollywood film noir movement, and in that picture everyone is lying and dying for the eponymous bird, an allegedly jewel-encrusted statuette of antiquity. But by the time the movie ends, the Maltese Falcon that’s accrued a high body count is discovered to be made of lead.

“Every time I see the movie, I’m struck by the end,” Mankiewicz says. “There’s no Maltese Falcon anywhere. No one’s stolen it from anybody … I’m like these poor sons of bitches, they got to roam the Earth, looking for this thing. Someone could have thrown it away or it never existed.”

Similarly, Michael Curtiz’s Casablanca pivots its entire World War II melodrama on something called “letters of transit,” documents so unassailable that even Nazis will respect their authority and let French freedom fighters travel with them unmolested.

“No such thing exists!” Muller laughs. “That’s why that’s such a good MacGuffin, because it’s all BS.”

Mankiewicz agrees, “Somebody [in the movie] says, ‘The letters of transit cannot be rescinded.’ And I’m like the Nazis were taking over the world, and they’re going to be like, ‘Oh man, you got the letters of transit?! We gotta let them on the plane. Dammit!’” Yet the bit of screenwriting balderdash allowed one of the greatest romantic dramas in movie history to play out in front of an impatient plane propeller.

All that said, both men are apprehensive about the term MacGuffin getting thrown around too liberally.

“I hadn’t really thought about the MacGuffins until TCM came up with this idea,” Muller says. “I hadn’t thought about it in years and years, and now I curse this series because I am watching every movie and thinking somebody’s going to call this a MacGuffin.” Both are even circumspect about several of the movies in the series that TCM has deemed prime examples of MacGuffins.

For example, Citizen Kane has one of the greatest mysteries in the movies, with the search for the meaning of “Rosebud,” the final word uttered by Orson Welles’ Charles Foster Kane in the movie’s opening moments. Yet Ben Mankiewicz, whose own grandfather Herman J. Mankiewicz wrote the vast majority of Citizen Kane, including “Rosebud,” is hesitant to include that as a classic example.

“When you Google ‘MacGuffins,’ you see ‘Rosebud’ is there from Citizen Kane,” Ben Mankiewicz says, “but neither Eddie nor I think of that as a true MacGuffin. I guess in some sense it is, but it is also the [thing] the audience cares about, and it tells you everything you need to know about the lead character in the final frame of the picture…. If you’re calling the MacGuffin the thing that motivates the lead character in every movie, well, I mean, there’s a MacGuffin in every movie then.”

Muller also has skepticism toward the inclusion of Hitchcock’s own Psycho. While that movie opens with heavy emphasis on a bundle of $40,000—only for it to wind up at the bottom of a swamp after impulsive thief Marion Crane (Janet Leigh) is murdered in the shower—for Muller that does not make it a true MacGuffin.

“I consider that a red herring,” Muller says. “It is splitting things in a fine way here, but it is something that triggers the action, and then about 40 minutes in, who cares about the money? But it’s really interesting the way Hitchcock understands certain people in the audience are going to always ask that question. ‘But what about the money?’ Because it’s $40,000, so there are those shots where it’s like the envelope with the cash in it, and in the newspaper. Hitchcock is like, ‘Yeah, let’s hold on that for a second, because somebody is going to care about it.’”

That nagging care is the problem for Mankiewicz, who also prefers the MacGuffin to be almost an abstraction.

“Money is tangible,” Mankiewicz says, “it’s something we know. Everybody knows what $40,000 is and what it means, and it’s a crime she’s committed, and she’s either going to go to prison or she’s going to have a life on the run.”

But that distinction of how important a MacGuffin needs to be to the audience is something filmmakers and storytellers have interrogated with each generation. In the complete inverse of Hitchcock, George Lucas famously argued that the MacGuffin is something audiences should care about almost as much as the heroes and villains. Hence why the first Indiana Jones movie is named after its MacGuffin with the title Raiders of the Lost Ark. Mankiewicz acknowledges this evolution.

“Part of the fun of this is that there’s no science to it,” Mankiewicz says. “So to me, the plans for the Death Star, they’re the MacGuffin in Star Wars until the point where an entire planet and millions of people or living beings are incinerated. Then it stops being a MacGuffin; it becomes a massive weapon of war! It tells you, ‘Holly shit, they weren’t kidding around!’”

That dueling impulse continues in modern cinema—it flourishes, even, with the ascension of superhero movies. But then that also has literary roots.

“I remember paying my 12 cents to buy Marvel Comics back in the day,” Muller says, “and they were filled with MacGuffins… In comic books, the MacGuffin’s always whatever the villain needs to possess in order to fulfill his plans for world domination. And I guess it’s the same way in Hitchcock, right? Isn’t that what James Mason was doing in North by Northwest? I need this to fulfill my goal of world domination?”

It’s quite the line between Mason’s microfilm and Thanos’ magic stones in Avengers: Infinity War. Nevertheless, it’s a straight one. Mankiewicz similarly notes that the Marvel movies of today can have great writers who know the craft, especially when the better Marvel movies lean into their humor.

Says Mankiewicz, “Iron Man, to me, remains one of the great movies of the first part of the century and I loved it to death. I stopped feeling that way later.” After a laugh he adds, “The fact is I don’t know that the MacGuffin has changed, we just talk about it differently.”

At the end of the day, it remains a writer’s tool to set action in motion. If a story is told well enough, audiences should care that their characters care—or at least the audience will care about how good the characters look while chasing it.

“I don’t think the MacGuffin is ever the exclamation point at the end of the movie,” Muller says. “In Citizen Kane, the revelation of Rosebud is an exclamation point, and nobody’s going to forget it when they leave the theater. At the end of North by Northwest, you’re talking about Cary Grant hanging off Mount Rushmore, you’re talking about the incredibly sexy scenes on the train. You’re not talking about what it was everybody was after, because you’ve forgotten it five minutes after you’ve seen the movie.”

Adds Mankiewicz, “To me, the MacGuffin is the dash. It leads to a big thing.” You just shouldn’t spend too much time pausing for emphasis on it.