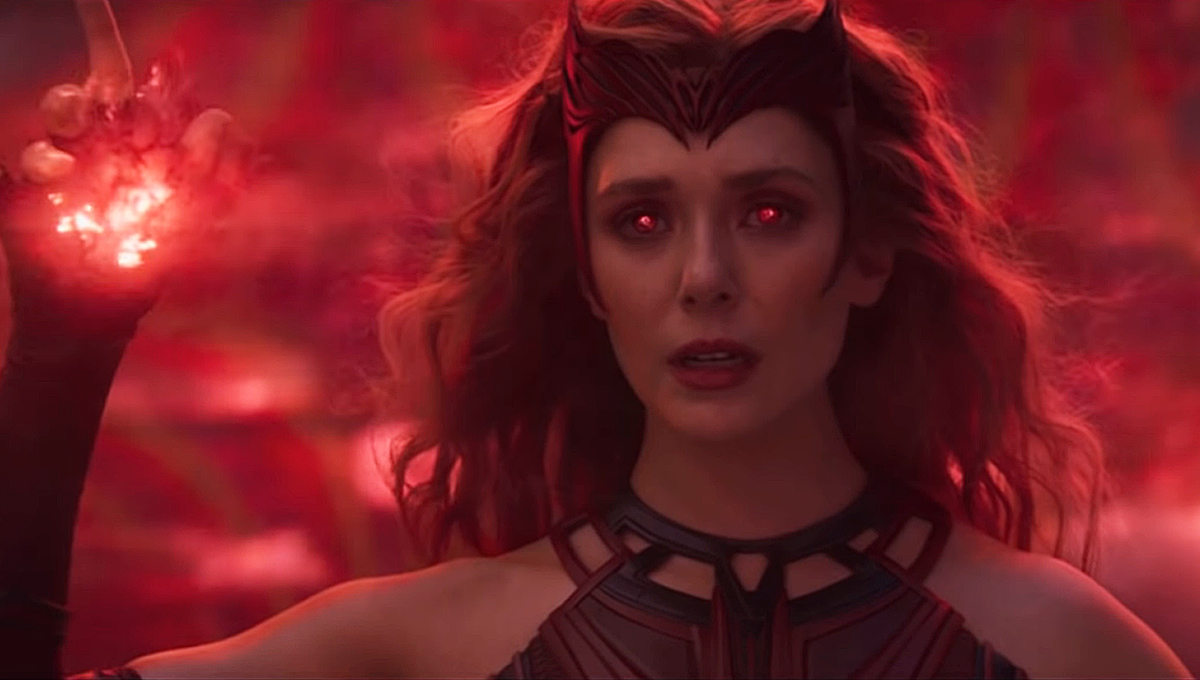 WandaVision withdrawal is widespread as we reach the first Friday without a new episode of the acclaimed Disney+ series to ravenously consume and pick apart. True to any broadly celebrated television event, the series complemented an action-packed climax with an array of unanswered questions, especially regarding where it left Elizabeth Olsen’s Wanda Maximoff—now uber-powerful and fully-realized as the Scarlet Witch—for her imminent big screen return in Doctor Strange in the Multiverse of Madness. Interestingly, while it did tout teased connections, they came about quite late into the show’s production.

The expectation that WandaVision would provide a point of transition for Wanda’s return alongside Marvel’s Sorcerer Supreme in star Benedict Cumberbatch’s upcoming Doctor Strange sequel was prevalent due to reports—later confirmed—of Olsen’s casting for Multiverse of Madness and a subsequent TCA comment from Marvel Studios chief creative officer Kevin Feige stating that the series “goes into a feature.” However, the indicatively titled March 5 closer, “The Series Finale,” didn’t exactly deliver a direct Doctor Strange sequel tease—like, say, a cameo by Cumberbatch. While it did provide an intriguing setup for the sequel (more on that later), Olsen and head writer/executive producer Jac Schaeffer reveal in a Variety postmortem interview that the Doctor Strange aspect wasn’t a factor in the show’s initial conception.

“Truthfully, the connection between WandaVision and where we leave Wanda and Doctor Strange 2, it was sort of fluid for a time, because we were very much under way before they were entirely underway,” explains Schaeffer. “So, it was a conversation. From where I’m sitting, it’s been very organic.” Indeed, the series spawned myriad theories that led many analysts (this writer being no exception,) down a canard cul-de-sac about it being the Marvel Cinematic Universe’s gateway to a Strange-pertinent multiverse angle to codify the company’s usage of the returned X-Men and Fantastic Four film rights. This notably centered on the almost-cruel tease of using Fox X-Men movie speedster Pietro Maximoff, Evan Peters, to play an ersatz “recast” of Wanda’s deceased MCU sibling; a character who turned out to be just a bewitched local denizen named Ralph Bohner.

Of course, the non-multiverse plot development, which disappointed segments of the fandom, wasn’t intended as an elaborate prank perpetrated by Schaeffer on the show’s eagle-eyed community of Zapruder-film-treating theory-spouters. Rather, it was simply the story she had set out to tell; one that would happen to undergo an evolution due to external factors connected to the studio’s plans for Phase Four of the MCU, which WandaVision ended up launching after the pandemic delayed the big screen plans of Black Widow. Moreover, it turns out that Doctor Strange wasn’t even on Olsen’s radar during the vast majority of the show’s production. “I didn’t know my part in Doctor Strange until right before we got back to filming during the pandemic,” reveals Olsen. “We had two months left, and we’d filmed the majority of our show already. Really, I knew nothing until that moment when they pitched [Doctor Strange 2] to me verbally.

Thusly, by the time Olsen became privy to Wanda’s imminent return in Multiverse of Madness—and likely with a general idea about how that will play out—she had to exercise discipline in retaining focus on the task at hand. “I tried, as much as I could, almost less so to have [Doctor Strange 2] affect WandaVision as have WandaVision affect it. I think that’s really been where the connection is. It’s almost like we’re trying to make sure that everything is honoring what we did [on the show]. Having navigated that challenge, the Strange-pertinent additions to WandaVision eventually manifested late into the production—during the pandemic—with Wanda in a post-credits scene from the finale, which added literal and figurative dimensions to her eventual return. The scene in question shows a once-reluctant Wanda dressed casually in sweats, sipping a hot drink while sitting on the front porch of a small, remote, mountain wilderness-set cabin that clearly resembles the cursed cabin from The Evil Dead film series, serving as a meta-minded reference to director Sam Raimi, who’s directing Doctor Strange in the Multiverse of Madness. It doesn’t stop there, though.

The scene then delivers a double dose of Strange-evocative sorcery when Wanda walks into the cabin’s spartan kitchen to refill her cup, leaving the camera to pan away into a back room, in which we see another Wanda—presumably the real one, who projected the relaxed doppelganger—in full Scarlet Witch garb, eerily floating and using her abilities to unlock powerful tome the Darkhold (liberated from the now-neutralized Agatha Harkness), as we hear the voices of her Westview-created twin sons, Billy and Tommy, calling for her help. Thus, we not only see that Wanda has mastered a version of Doctor Strange’s astral projection, but she’s diving deep down the dimensional rabbit hole to somehow materialize her sons; a potentially dangerous endeavor that seems destined to ping the radar of Doctor Strange, not to mention magic-minded villains like Mordo, Dark Dimension overlord Dormammu and, yes, maybe even the clear heavyweight champion of widely-nursed red herring WandaVision theories, classic Marvel devil figure Mephisto.

Regardless, Schaeffer seems satisfied that WandaVision managed to stay true to the substance of her vision (both the concept and the character), and it does seem that the phenomenon of stifling studio meddling was minimal, despite its connection to grandiose franchise designs. “The acceptance arc [Wanda’s coming to terms with grief and latent magical powers] was the point of WandaVision, but the falling action evolved,” emphasizes Schaeffer. However, she embraces what the show managed to do for Multiverse of Madness, which is currently in production. “It’s a lovely way to do a handoff,” she lauds. “I’ve been over here wishing them well in Los Angeles, as they’re in the U.K.”

While WandaVision has signed off the proverbial airwaves, the MCU will be back with another highly-anticipated television offering, The Falcon and the Winter Soldier, which premieres on Disney+ on Friday, March 19. Wanda’s return in Doctor Strange in the Multiverse of Madness is currently scheduled to hit theaters on March 25, 2022.