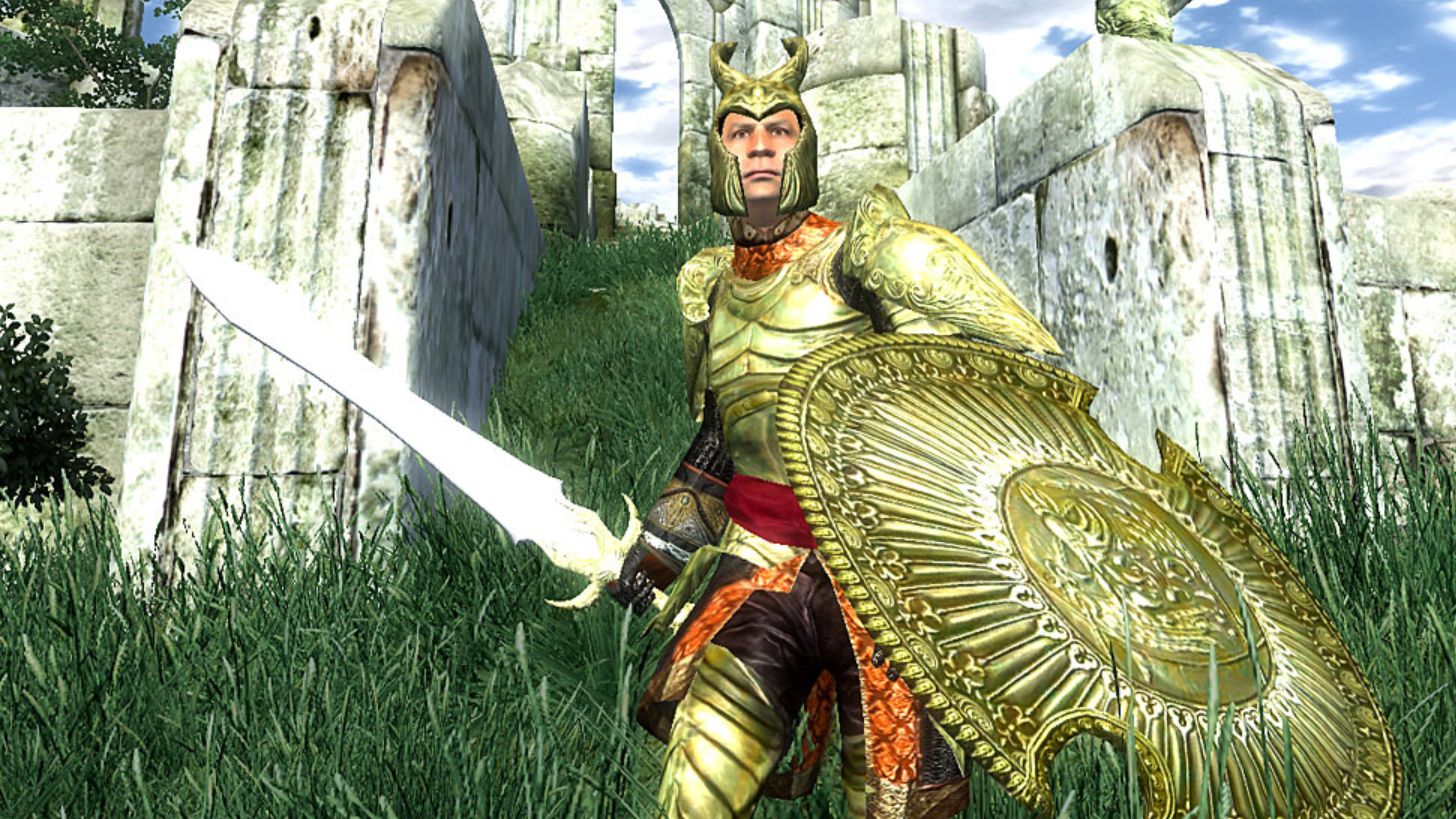 With their acquisition of ZeniMax Studios finally complete, Microsoft is poised to challenge Sony’s recent reign of exclusivity dominance by potentially making the next generation of Bethesda releases exclusive to Game Pass platforms. For the moment, though, the biggest benefit of this acquisition is undoubtedly the ability to access a good portion of Bethesda’s library of classic games via Game Pass.

While most of the Bethesda games recently added to Game Pass are worth playing for one reason or another, few are more intriguing than The Elder Scrolls IV: Oblivion. Sandwiched between the releases of the revolutionary Morrowind and the eternally re-released Skyrim, Oblivion is sometimes thought of as the middle child in the modern history of one of gaming’s most beloved RPG series. Nearly 15 years after its release, though, it’s remarkably easier than ever to appreciate the many ways that Oblivion represents the very best of the Elder Scrolls franchise.

Don’t believe me? Use its recent addition to the Game Pass library as an excuse to play Oblivion again (or perhaps for the first time), and you’ll find these reasons (and more) why it remains arguably the best Elder Scrolls adventure so far.

Let’s start with one thing that few Elder Scrolls fans will argue against. When it comes to quests and stories, Oblivion is a far better game than Morrowind or Skyrim.

I’ve talked about this more extensively in my look at the best Elder Scrolls quests ever, but I remain truly amazed at how much thought and creativity went into even the most “average” quest in Oblivion. That baseline level of quality is really the key point here. While many of Oblivion’s biggest quests (such as the Dark Brotherhood and Thieves Guild assignments) are obviously memorable, even the little quests along the way that you may have forgotten about offer something special that helps them stand out.

I don’t know why the Elder Scrolls quest design and writing teams were at the top of their game at this time, but I doubt even The Elder Scrolls 6 can top the work they did here.

Oblivion Found a Nice Middle Ground Between Accessibility and Depth

For quite some time, the line on Oblivion has been that it’s the “middle” game between Morrowind and Skyrim. While that’s obviously true of its release date, that idea speaks more to the suggestion that Oblivion represents Bethesda’s struggles to balance the more hardcore RPG ideas of a game like Morrowind and the accessibility improvements featured in Skyrim.

Some say that means Oblivion doesn’t truly excel at either pursuit, but I don’t see it like that. In Oblivion, you get a taste of Morrowind’s incredible RPG philosophies and mechanics without having to deal with that game’s most annoying aspects. At the same time, Oblivion manages to be much more playable than its predecessor while still feeling deeper overall than its successor from a role-playing perspective.

Oblivion doesn’t necessarily combine the best of Skyrim and Morrowind, but it finds a nice middle-ground between those styles that’s easy to appreciate to this day.

Granted, I can’t (and would never try to) defend most of Oblivion’s DLC. There’s a reason that “Horse Armor” is still used as the gold standard for exploitative and uninspired video game microtransactions.

However, it’s easier to forgive Oblivion‘s DLC stumbles when you realize they all eventually led to the Shivering Isles expansion. That was the expansion that finally dared to answer the question “What if The Elder Scrolls just got weird with it?” By transporting players to a land ruled by Sheogorath (the often hilarious Daedric Prince of Madness), Shivering Isles dropped most of the stuffier fantasy elements of the franchise in favor of allowing the talented Oblivion design team and writers to breathe life into their wildest ideas.

The golden age of single-player DLC expansions was highlighted by the idea of letting studios break free and truly experiment with new and strange creations that would otherwise not likely see the light of day. Shivering Isles is perhaps the greatest example of that era.

Oblivion’s Atmosphere is Consistent and Helps Tell a Story

I will freely admit that the province of Cyrodiil isn’t always the most interesting place. There are certainly times when it comes across as “Capital City, Fantasyland.”

Yet, there’s a consistency to Oblivion’s atmosphere that I remain fascinated with years after its release. While Morrowind’s alien-like worlds are hard to beat from a pure design perspective and Skyrim’s tundras offer a welcome deviation from the most common fantasy tropes, there’s something about the way that everything flows in Oblivion that I’d argue Bethesda has never quite replicated.

Individual regions of Oblivion’s map manage to remain distinct while also feeling like the logical progression of the area you just arrived from and the area you’re going to. There’s also something to be said for how Oblivion sells the idea of people battling to protect their land from invasion and corruption by presenting a fantasy world that you might actually want to live in.

I’d like to argue that Oblivion’s “bad” voice acting and awkward designs actually give the game a personality you don’t find in refined titles, but I understand that some rough edges are hard to ignore.

Instead, let’s focus on the ways that Oblivion’s NPCs are advanced even by modern design standards. Nearly every NPC in Oblivion has a personality of their own, something unique to say to you, and will legitimately go about a daily schedule that even changes from day to day due to their ability to make dynamic decisions rather than simply follow a tightly scripted path.

At a time when developers are sometimes more interested in putting more characters on-screen rather than crafting richer NPCs (looking at you Cyberpunk 2077), there’s something undeniably refreshing about a game that emphasizes offering more unique interactions rather than simply more interactions.

The “highlight” of Oblivion‘s character-building system in the minds of many fans will undoubtedly be the time they discovered it’s possible to make a truly invisible character who can pretty much do whatever they want. That kind of mechanical exploitation is certainly one of the most noteworthy examples of how Oblivion let you run wild with the characters you created.

Yet, when I think back on my hours with Oblivion, the kinds of broken characters I appreciate most are the ones who didn’t make it far. While Oblivion’s enemy scaling system has been (often rightfully) criticized for its shortcomings, there’s something to be said for how the game’s attempts at offering a consistent challenge level meant that your design decisions were tested more often throughout the game.

It wasn’t a perfect system, but when compared to a game like Skyrim, or even titles like Destiny, where building a viable character is really about reaching higher levels and reaping the rewards, I miss, at the very least, Oblivion’s attempt to challenge me to master the character I built and the times it would actively punish my worst decisions.

Oblivion is Less About Combat and More About Adventure

In terms of pure combat, Skyrim is really second to no other Elder Scrolls game. Its improved controls, cinematic qualities, and smoother animations are more than enough to make it the favorite among Elder Scrolls fans looking for the best action.

I certainly recognize that some of Oblivion’s combat system problems are the result of bad decisions and outdated technology, but years later, I really appreciate how the game was never really about the action; it was about the adventure. Much like how Fellowship of the Ring utilized action sequences as the response to danger that our heroes otherwise tried to avoid, combat in Oblivion is just one of those things that you’ll come across as you explore but isn’t necessarily meant to be the grand set piece or the big draw.

While Oblivion’s main questline betrays this philosophy somewhat during its most action-heavy (and often worst) moments, there’s still a sense that the game is more about exploration, storytelling, and the little discoveries you make along the way rather than a desire to get you to the next big sequence or other chances to simply fuel a power fantasy.