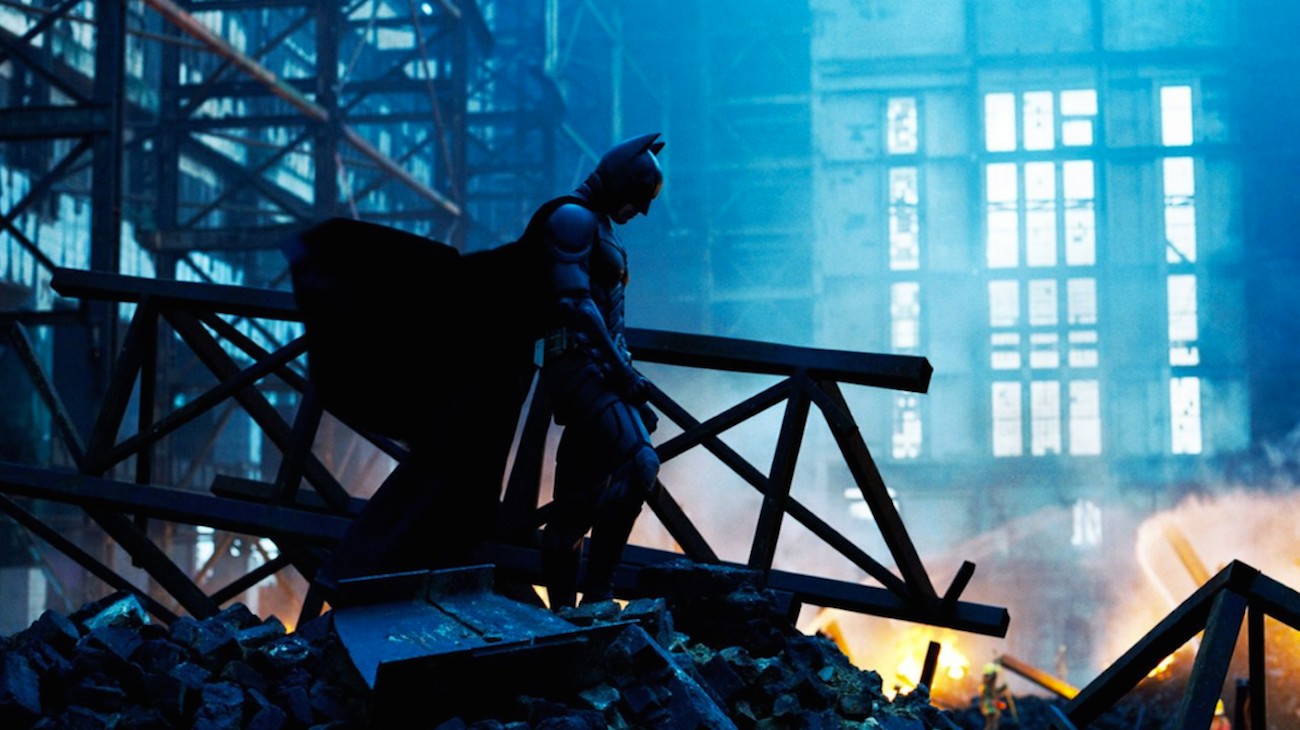 Later this month, Zack Snyder’s Justice League is hitting HBO Max. Despite the anticipation and a near-guaranteed positive reception from the vocal #ReleaseTheSnyderCut fan contingent, this will likely be Snyder’s last foray in the DC Universe. Indeed, one of the studio’s chief complaints with Snyder’s vision, which they believe impacted box office receipts, was his darker tone when compared with the quippier MCU. However, Snyder’s approach only mirrored many of DC’s most popular storylines, from Frank Miller’s violent The Dark Knight Returns to the on-screen The Dark Knight Trilogy from director Christopher Nolan. Snyder can hardly be blamed for expanding on what audiences were already responding to when it came to DC characters on film.

Less than a decade ago, Warner Brothers was hot off of the success of Nolan’s trio of films that no one would describe as light-hearted or quippy. The Batman of Nolan’s films was not inspired by the kid-friendly or campy iterations of the character found in the Batman TV series from the ‘60s or Joel Schumacher’s films, but by Miller and David Mazzucchelli’s Batman: Year One, and Jeph Loeb and Tim Sale’s Batman: The Long Halloween. That is to say Nolan and Christian Bale’s Batman sought to be a street-level, gritty, interpretation of the character that emphasized noir and a grounded reality.

Snyder didn’t make Batman too dark for film audiences, that was already done by Nolan. Below are just a few examples of the darkest, most horrific moments from The Dark Knight Trilogy.

“Swear to me!” – Batman Begins

Audiences knew they were in for a different type of Batman from the moment they heard Bale’s gravelly voice while he was in the suit. Whether Bale goes too far with his growly tenor and into comedic territory is up for debate, but the choice is certainly memorable.

Bale really gets to rough up his vocal cords during a specific scene in Batman Begins where the Dark Knight confronts crooked cop Arnold Flass about Dr. Jonathan Crane’s mysterious drug shipments. After failing to strike fear in Flass, Batman hangs the portly man upside down from a building. When Flass swears to God that he doesn’t know anything, Batman replies, “Swear to me!” his face tremoring with rage. This is the opposite of one of George Clooney’s one-liners during his time under the cowl. Bale’s Batman establishes himself as something to be scared of and as an all-seeing force to be reckoned with.

While horror has seeped its way into Batman comics many times, particularly during Scott Snyder and Greg Capullo’s recent run with the character, there hasn’t been a ton of nightmarish imagery present in the film adaptations of the character. However, the hands down scariest portrayal of the Caped Crusader on screen comes in Batman Begins. When Bruce Wayne said he wanted to strike fear in the hearts of criminals, this must have been what he was talking about.

In the climax of the film, when Cillian Murphy’s Scarecrow attempts to poison Gotham City’s water supply with his fear toxin, the good doctor is confronted by Batman and given a taste of his own medicine. The fear toxin takes effect and Crane begins to see Batman as a demonic, literal interpretation of the Batman, with black goo dripping from his mouth and jet-black eyes. This monster version of the Bat was certainly a step in the right direction for comic fans hoping the Batman films would get the terror element of the character right.

This scene from the first film in Nolan’s trilogy is the darkest because of how real it feels for the main characters. The moment happens not when Bruce Wayne is masquerading as a vigilante dressed as a bat, but when he’s a young man still trying to come to grips with the murder of his parents. Bruce learns that Joe Chill has been paroled so that he can testify against Gotham crime boss Carmine Falcone. Bruce waits outside of the courtroom with a gun, intending to kill Chill after his testimony. But when Chill arrives at the public lobby, one of Falcone’s goons beats Bruce to the punch, shooting Chill dead.

Bruce’s childhood friend Rachel Dawes discovers Bruce’s intentions and slaps him across the face. She berates Bruce and tells him that his father would be ashamed of him, something that undoubtedly must be hard to hear for the angry, grieving young Bruce. This moment serves as a sort of rock bottom for the character before he decides to leave Gotham behind and travel the globe, immersing himself in the criminal underworld, a journey that would inevitably lead to him becoming… the Batman.

No one needs to spill more ink about how brilliant Heath Ledger’s portrayal of the Clown Prince of Crime, the Joker, was in The Dark Knight. It’s an iconic performance that has forever shaded the public’s perception of Batman’s greatest nemesis. He’s simultaneously funny and scary, brutal and sniveling, chaotic and cunning. He can make you smile then suddenly want to shield your eyes.

It’s all right there from his first real introduction in the film when he struts into a meeting between Gotham’s crime lords and offers his services in killing the Batman. Nailing the core components of the character, his penchant for showmanship, his violent tendencies, and his twisted sense of humor, the Joker pulls off a “magic trick” by slamming a gangster’s head through a pencil that was stuck upright on a desk. Not exactly the kind of party trick that you’ll see Ant-Man performing in the MCU!

The Death of Rachel Dawes – The Dark Knight

While the Joker hatches many unsettling schemes in The Dark Knight, like televising himself murdering Batman imposters, threatening to blow up hospitals, and the game theory ferry experiment, his most despicable crime is also his most personal one. After being taken into custody, the Joker reveals that he has set up a no-win trap for Batman, forcing him to choose between Rachel, his love, and Gotham’s White Knight, district attorney Harvey Dent. The Joker has them tied up in different locations, rigged to explode on the same timer, and Batman only has time to save one of them. Joker gives the hero their addresses, but in a cruel twist, switches who is where. Bruce believes that he’s saving Rachel but saves Harvey instead. Meanwhile, the GCPD tried to rescue Harvey, but arrives just in time to watch the building holding Rachel burst into flames.

While Rachel may have been an underserved character, only really used as a victim and love interest until her ultimate fridging, her death was still a shock and a dark turn that other superhero movies, barring the otherwise forgettable The Amazing Spider-Man 2, have always refused to make. Rachel served somewhat as Bruce’s moral compass, and her death left the vigilante adrift and prone to his darkest impulses.

The Transformation of Harvey Dent – The Dark Knight

The flipside to the above is that Batman’s last-minute rescue of Harvey Dent leaves him scarred, traumatized, angry, and fundamentally changed. It’s not just that Harvey loses half of his face and becomes a grotesque victim; it’s that the minute Rachel dies, all of his idealism and motivation to be a force for good and change dies with her. With one act, the Joker takes away the hero that Gotham really needs to end corruption and injustice.

It’s not just that Dent falls; he falls hard. He murders police officers (corrupt though they may be), kidnaps children, and introduces as much anarchy into Gotham as the Joker. Ultimately, he’s stopped by Batman, but his death and fall from grace is a demoralizing moment, and the decision to lie and prop up Dent as the hero he was rather than the monster he became is a necessary but deeply troubling withholding of the truth. Don’t let the triumphant score and imagery at the end of The Dark Knight fool you; this is a supremely downbeat ending.

Bane Breaks the Bat’s Back – The Dark Knight Rises

Batman is a badass who is rarely bested on screen. Even in Zack Snyder’s interpretation of the character, he’s able to subdue a figurative god in Superman. However, in Nolan’s third and final Batman film, The Dark Knight Rises, Batman finally meets his match, and it’s not pretty. After being lured into the sewers by Selina Kyle, Batman walks right into a trap and fight with Bane, the jacked terrorist who was excommunicated from the League of Shadows, and is every bit as badass as Batman. After eight years sitting on the shelf and a career of crime fighting that has left him battered, Batman is absolutely demolished by Bane, who pummels Bruce before finally picking the hero up over his head and snapping his back over his knee. Heroes occasionally lose on screen, but not like this.

Alfred Pennyworth is a crucial character in the Batman mythos, and he’s typically portrayed as a compliant, if slightly disapproving, enabler. However, that’s not so in The Dark Knight Rises. Portrayed by Michael Caine, Alfred breaks hearts by revealing to Bruce that Rachel intended on marrying Harvey Dent and sternly telling his surrogate son that his war with Bane will eventually lead to his death and that he “won’t bury” another member of the Wayne family.

It’s one of the most emotional moments of the film. Alfred basically abandons Bruce, a decision that heightens Bruce’s isolation and hero’s journey. Alfred only returns toward the end of the film for Bruce’s funeral where he tearfully confesses to the late Waynes’ gravestones that he “failed” them. While Alfred’s story ends on a hopeful note, with him spotting Bruce alive and well in Italy, it’s still quite the breakup between Master Bruce and his most loyal advisor.

While the best villains typically have sympathetic backstories, few have as a traumatic and scarring one as The Dark Knight Rises’ villains, Talia al Ghul and Bane. Toward the end of the film, it’s revealed that Talia grew up in the same place that Bruce found himself in after Bane broke his back. Born in a primitive prison known as the Pit, Talia watched as her mother was assaulted and killed by the other prisoners. The pair were placed in the Pit in exchange for Ra’s al Ghul, with Talia’s mother agreeing to take his place in exchange for his freedom. Talia only survived through the protection of Bane, who eventually helps Talia escape the prison, but he’s badly beaten and disfigured in the process.

Following Talia’s escape, she locates her father and he returned with the League of Shadows to exact revenge on the prisoners that killed his wife and the men who put her there. Afterward, Ra’s and the League saw to the treatment of Bane, but were unable to stop the continual pain he experienced. Eventually, Bane is recruited into the League, wherein he is given a mask which supplies him with analgesic gas to curb the constant pain from the injuries he sustained while protecting Talia. If you thought Bruce had a traumatizing backstory, you must have merely adopted the dark.