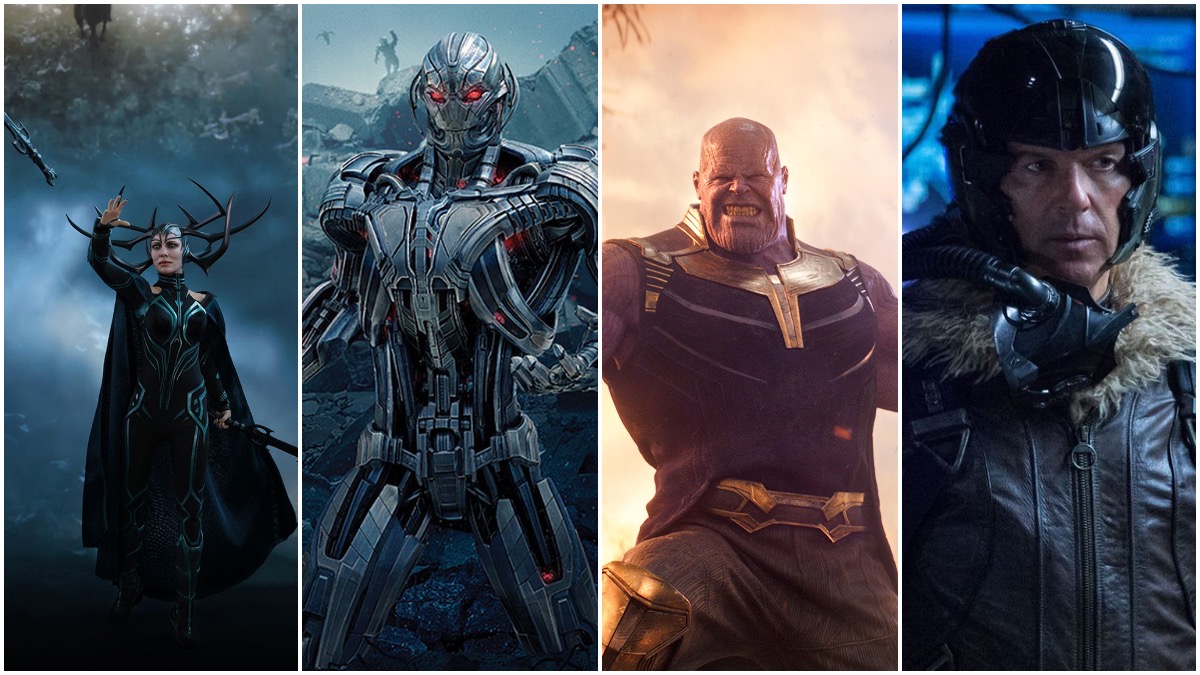 It is now T-minus one week until the long-awaited premiere of Marvel’s next Disney+ series, The Falcon and The Winter Soldier, on March 19. To mark the show’s impending arrival, Marvel is ramping up its publicity game and unleashing new trailers and clips of Sam Wilson and Bucky Barnes in action.

In one such clip, released today, Sam shares an interesting theory with his rival/counterpart Bucky. Give it a look below to see what we mean.

“The Big Three – androids, aliens, wizards. Every time we fight, we fight one of the three,” Sam says.

Bucky tries to challenge Sam’s assertion by pointing out there are no wizards. Sam immediately counters with Doctor Strange. “A sorcerer is a wizard without a hat.”

Fair play, Falcon! The conversation ends there but Sam might be onto something with his theory of The Big Three. But just like any good theory, it needs some strenuous scientific testing. Let’s do that testing right now by looking back at the big bad of every MCU film released thus far (plus the studio’s first official television effort, WandaVision) to see which villains can be categorized as: androids, aliens, wizards, or other.

Obadiah Stane isn’t a literal android. He is a flesh and blood human being underneath all that Iron Monger armor. But viewing him as an android seems in keeping with the spirit of Sam Wilson’s Big Three argument. Let’s just give The Falcon a win out of the gate.

Like The Hulk, himself, Abomination is an enhanced human rage monster. He has no mechanical parts, so he is not an Android. He also comes from Earth, so he is not an alien. If we wanted to be suuuuuuper generous, we could say the gamma rays that created both The Hulk and Abomination are so scientifically advanced that they may as well be magic, making him a wizard. But that’s too much of a stretch. Emil is in the “Other” category.

If Ivan Vanko decided to completely cover his body with Iron Monger-style armor, we may have an argument for Android. But really, he’s just a mad scientist who loves his bird. One could also make the argument that Justin Hammer is the real villain of Iron Man 2. That’s a fair point but it leads to the same result: “Other.”

Wait, why isn’t Loki an alien? He comes from a different world in outer space, whether that be Asgard or Jotunheim. It’s important to remember, however, that Loki isn’t an alien to the other Asgardian characters in Thor. Instead, let’s call him a Wizard due to his advanced magical capabilities.

Red Skull does like to meddle in the magic of the Tesseract. He also has a very wizardly appearance when he is cast off to Vormir. A wizardly appearance does not a wizard make though. Johann Schmidt is an augmented human being just like Steve Rogers or Bruce Banner.

Surprise! Loki is a Wizard in Thor but an Alien in The Avengers. That’s because the perspective of The Avengers is mostly Earthbound. And to we mortals on Earth, Loki really is an alien leading a War of the Worlds-style invasion in New York.

Aldrich Killian certainly doesn’t have the look of an Android. But due to the amount of Extremis genetic manipulation his body has endured, he is basically more machine than man. And if you’re tempted to say “Aldrich Killian can’t be an android! He has human sentience and intelligence” then you’re gonna have to keep that same energy when we get to Ultron.

Malekith is a hard one to nail down. We’ve already established that Loki can’t be an alien in Thor because he’s a peer to his fellow Asgardians (even if he is a Frost Giant). Given that Malekith comes from another one of the Nine Realms, Svartalfheim, it’s fair to call him an Alien.

Look, the rules are pretty loose here. You have your memory wiped and you get a vibranium arm? Android. Technically, Alexander Pierce and the compromised SHIELD are the real villains of this movie. But bear in mind that Sam Wilson says that everyone they fought falls into one of those three categories. It’s Bucky who does the lion’s share of fighting in this film.

This is another tough one. Would Ronan the Accuser be considered an alien among his galactic peers? Given that the Kree Empire is a rival to the Nova Empire, let’s go ahead and alienize Ronan.

If the Iron Monger armor makes Obadiah Stane an Android, then why doesn’t the Yellowjacket suit make Darren Cross an Android? Great question! The answer is…I don’t know. Hank Pym’s shrinking technology just seems like more of a tool for human beings than an at-times autonomous piece of armor.

Helmut Zemo is a disaffected Sokovian radical. He does not fit any of the other three categorizations.

Sure, a sentient Celestial planet is an alien.

Adrian Toomes is not only just a human being, he might be one of the MCU’s most human villains. To the “Other” category with you, Vulture.

As the all-powerful goddess of death, Hela defies easy categorization. But you know what? If Thor-era Loki falls under the category of Wizard, then so too does Hela.

Movie: Ant-Man and the Wasp
Villain Type: OTHER

Whenever Pym particles and advanced levels of technology are involved, you always want to at least give consideration to “Android.” But “Other” is still very much the answer here. Ava Starr isn’t even really the main villain of Ant-Man and the Wasp so much as she is a victim. Perhaps she should be omitted entirely from the villain discussion.

Since Carol Danvers is our protagonist and Captain Marvel is told from her perspective, it’s safe to call Jude Law’s Yon-Rogg an alien.

Quentin Beck is a normal human being and therefore an “Other.” I’m just realizing something now though – why did Quentin Beck go by his real name to Talos (posing as Nick Fury) and Peter Parker? Surely, he has Stark Industries listed on his LinkedIn page. Could the entire plot of this movie have been avoided if anyone thought to run a Google search on this guy who claims he’s from another dimension?

Who’s the wizard lady pulling every evil string? It was Agatha All Along!

This all leads to the Marvel villain final tally of…

It looks like Sam Wilson almost has the right of it. More than half of Marvel villains can be described as androids, aliens, or wizards. But the “Other” option is bigger than any single one of those three categories.