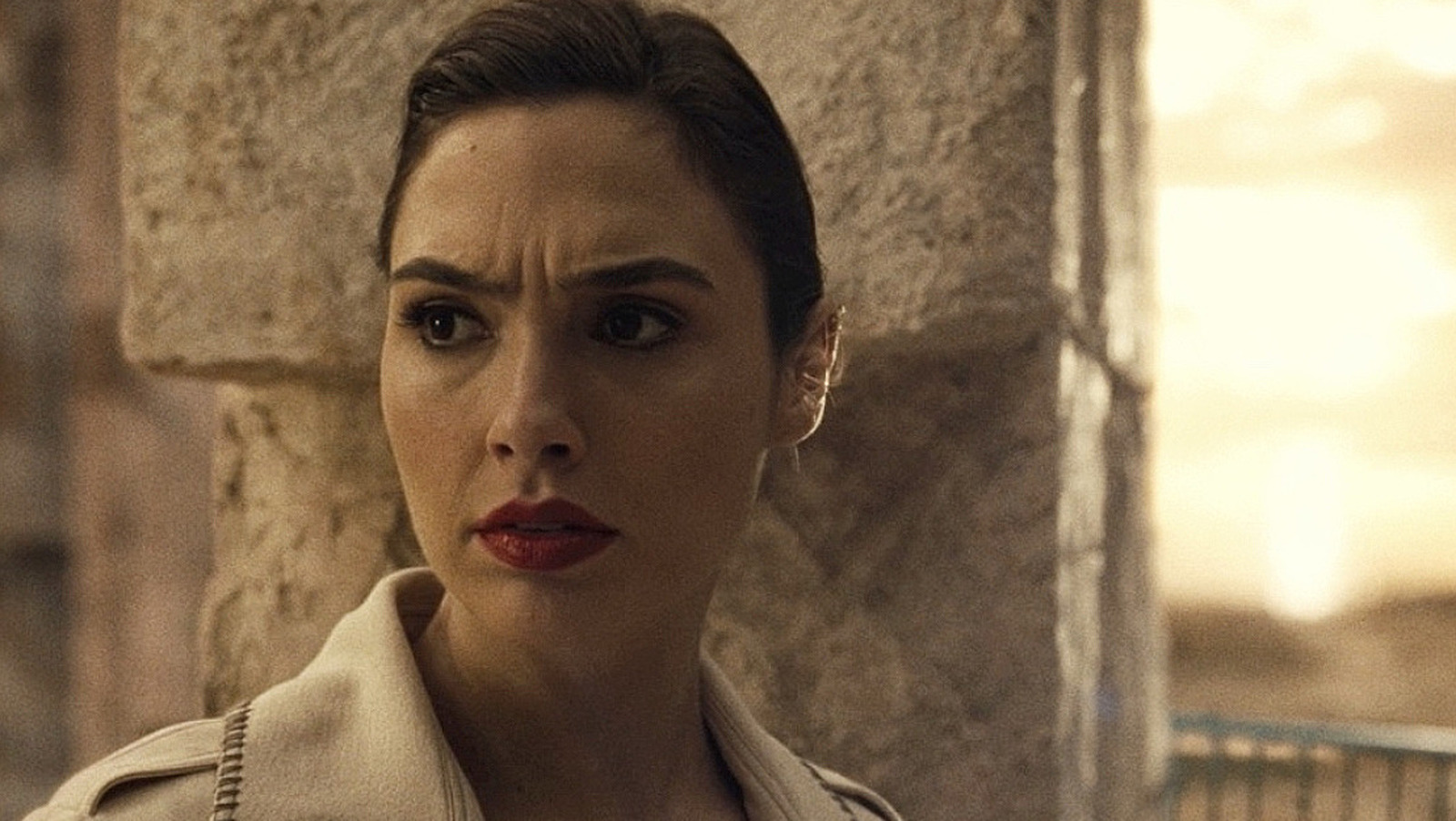 Tom Holkenborg wants to take an entirely different spin on the music we associate with Diana Prince, aka Wonder Woman. To be sure, the famous electric cello theme composed by Hans Zimmer, whom Holkenborg collaborated with on the score to Batman v Superman: Dawn of Justice (2016), still appears in Zack Snyder’s Justice League. Yet this time around, the Dutch composer, who is also known as Junkie XL, was looking to bring out a different side of Wonder Woman’s personality, not to mention Zack Snyder’s decidedly more ancient interpretation of the Amazons.

“It does use that [Zimmer] riff,” Holkenborg says when we sit down for a Zoom roundtable interview. “But what was missing, potentially, in an earlier approach is that everything Diana does is covered with a blanket of being feminine and being respectful that she’s a woman. My answer [to that] is, ‘Have you actually seen how she kicks ass?’ She takes a whole army out by herself. It’s like why are we softening up her music? If anything it should be the roughest of all of them.”

Hence when you hear the “Wonder Woman Theme” in the Snyder Cut next week, it will be familiar but more guttural, as if it’s consumed by a drive to cut straight for the throat. It also is not the only Wonder Woman theme in the movie. In fact, a more regal and ethereal leitmotif plays just as often for Diana and the rest of the Amazons—it’s a piece of music that relies on choral chants and lamentations. With obvious eastern and Mediterranean influences, it might better resemble the music in Ridley Scott’s Gladiator than it does traditional superhero movies.

Says Holkenborg, “I made the music very tough for her at times, and way more emotional than the original was, because I infused her theme with a lot of world music elements. There’s a lot of Amazon clan tribe in there, where she comes from. And it’s such a strong clan and it has such an old quality to it; they’ve always been here and they always will be here. That’s the philosophy, so the music needed to [feel like] it breathes for thousands of years, forwards and backwards at the same time.”

He adds, “That’s the quality world music has for me. It’s always been, it will always be. Whereas a hip electronic sound [will have you say], ‘Yeah, that was great in 1988, wasn’t it?’ But not so much in 2006. And whatever Trap music you come up with in 2020 will sound horribly dated in five years when nobody is even interested anymore in Trap.”

These are just a few of the thoughts Holkenborg has had on his mind since last spring when he began work on what HBO Max has dubbed Zack Snyder’s Justice League. It’s been a bittersweet process for the composer, who worked as an assistant to Zimmer on Man of Steel (2013) before evolving in his relationship to co-composer on Batman v Superman. With Justice League, he was always intended to be the solo composer, following up his celebrated Mad Max: Fury Road score by ushering in the sound for the next era of the DCEU. But it was not to be.

When Snyder felt obligated to step away from Justice League, resulting in Joss Whedon taking over for extensive reshoots, Holkenborg knew his time in the DCEU was also over. Danny Elfman ultimately took on composer duties, throwing out Zimmer and Holkenborg’s themes from the previous DC films in favor of reprising John Williams’ iconic Superman theme, as well as Elfman’s own work on Batman (1989).

“I just want to point out that I’ve never seen the Joss Whedon version,” Holkenborg tells me. “It was too painful for me to watch that. And I don’t mean painful that I wouldn’t like the film because of its merits as a film, but purely for the fact that Zack and I were not working on it.”

But the chance to scale what the Holkenborg calls “Mount Everest” came again when fans made history by convincing a studio, or at least its parent company, WarnerMedia, to invest in letting Snyder finish his vision. It also meant Holkenborg is returning to the DCEU, albeit under different circumstances.

“When I played the music that I started on in 2016, I finished maybe 50 percent of the film. But back in the day it was a two-hour film, and now we’re talking about a four hour and 20-minute film.” The nature of the beast had obviously grown. Additionally, Holkenborg was also haunted by one of the key reasons for his and Snyder’s departure—the death of Snyder’s daughter. The composer ultimately dubbed the music he wrote four years ago as coming from a “painful time period,” and he wanted to start from scratch.

“I called Zack and I said, ‘Do you mind if I start over?’ And he said, ‘No by all means.’ He wasn’t necessarily married to anything we cooked up in those days, and he also added, ‘Keep in mind when you start the shackles are off.’” By shackles, Snyder meant pleasing anyone other than themselves.

Says Holkenborg, “There was no interference of studios and producers on this particular film, which… is extremely unique. This only happens to final cut directors like George Miller, James Cameron, Peter Jackson, and Chris Nolan, for instance. So I’m lucky to work with a few of those.”

And thanks to the Snyder Cut, the four-hour version’s namesake is also added to that list. Nevertheless, it was an odd experience composing a four-hour epic during a pandemic. It’s why Holkenborg scored much of the film from his own house with one bass, a keytar, and a handful of other instruments lying around.

Says Holkenborg, “When you work on a film like this, and you hear the film score and you see the movie, you would think, ‘Oh a movie like that, you could only write music for that if you have a massive studio with 20 assistants and the most expensive engineers, and microphones that are half a million dollars each.’ Clearly no, you can do it with a lot less. My setup is not that fancy anyway… I never really liked the clean designs, multimillion-dollar studios. It’s not for me. Just give me a house, throw the furniture out, and put some instruments in. Very simple. It’s always been like that.”

Between that and Snyder’s vision being undiluted, this might just be the purest process yet. It’s certainly one that brings back Zimmer’s bittersweet Superman theme from Man of Steel and Batman v Superman, and marries it with a larger universe of gods and monsters, as aurally imagined by Holkenborg. The age of Snyder’s heroes comes at last.