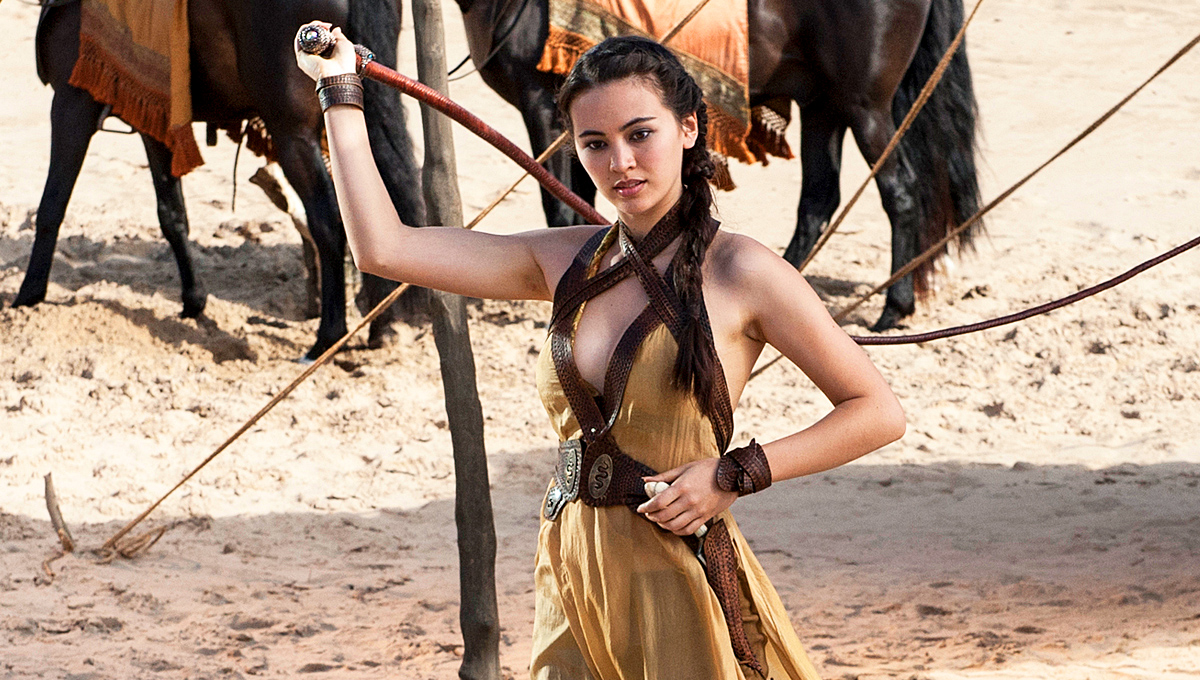 While Game of Thrones fans have had two years to digest the show’s controversial coda, the conception of spinoffs shows have since dominated discussions; a notion HBO solidified with the news that three more spinoff shows are in development in addition to upcoming spinoff House of the Dragon and other projects. While the prospect of even more television shows might seem overwhelming, the new spinoffs will explore avenues from George R.R. Martin’s mythos that were either botched or missed entirely on the main series.

HBO confirmed to THR (as first reported by Deadline,) that three additional spinoff shows are in development under the working titles of 9 Voyages (a.k.a. The Sea Snake), 10,000 Ships and Flea Bottom. The trio notably boosts HBO’s known current slate of developing Game of Thrones television projects to a stunning six, counting the 2022-scheduled House of the Dragon spinoff, the developing Tales of Dunk and Egg spinoff and a mooted animated series. Interestingly enough, the first of the trio, 9 Voyages, enjoys the advantage of being the farthest along in development for two reasons, since Rome and Gotham creator Bruno Heller is already working with Martin on the creative side. Plus, it will center on Lord Corlys Velaryon, a character from House of the Dragon, played by Steve Toussaint (It’s a Sin, Prince of Persia). That’s right, it’s a spinoff of a spinoff!

Notwithstanding the overwhelming nature of having this many projects on tap, the description of the new spinoff trio contains potential for the Game of Thrones franchise to redeem some missed Martin mythology opportunities from the original series. For example, 9 Voyages will focus on Corlys Velaryon, a crucial figure during House of the Dragon‘s era (300 years before the main series), known throughout Westeros as legendary mariner the Sea Snake. While the idea of Toussaint reprising the role to headline 9 Voyages has yet to be confirmed, it would be a solid deduction, and would also mean that the show could break franchise ground with the veteran black English actor as its lead.

Additionally, for the first time in the live-action mythos, the series would put the spotlight on House Velaryon, one of Westeros’ oldest noble houses, who—hailing from the Blackwater Bay island of Driftmark—are a historically seafaring people, as indicated by its signature symbol of the seahorse. Interestingly, during the era of the main A Song of Ice and Fire novels, House Velaryon backed Stannis Baratheon’s royal claim all the way to its chilly end in the North. However, one Velaryon member, bastard Aurane Waters, cunningly broke ranks to ingratiate himself with Cersei Lannister, and would quickly rise to the rank of Grand Admiral and Master of Ships. However, the series never adapted Aurane, and instead adapted various aspects of his relationship with Cersei for Euron Greyjoy.

Of course, before the spinoff commences, Corlys Velaryon’s involvement on House of the Dragon will center on his involvement in Targaryen civil war “The Dance of the Dragons,” during which he joined the royal lineage by marrying Rhaenys Targaryen, played by Eve Best (Fate: The Winx Saga, Nurse Jackie). He also became Hand of the Queen to self-declared regent Rhaenyra Targaryen, played by Emma D’Arcy (Truth Seekers, Wanderlust). However, to avoid major potential spoilers, we’ll just say that Corlys’ House of the Dragon-era life in King’s Landing will be (should it follow Martin’s lore,) altered by tragedy; something that would potentially set him up to hit the high seas for exploits more to his liking on 9 Voyages. Indeed, unlike the main show’s jumbled adaptation of the maritime-minded Ironborn, there’s potential here for a more lighthearted approach to the backdrop of ships and sails.

Details are somewhat scarcer on the other two spinoff projects, 10,000 Ships and Flea Bottom, save for general outlines. The former will focus on a prominent figure in the ancient history of Westeros, Nymeria, princess of Dorne. The name will certainly sound familiar to Thrones viewers, since she had multiple namesakes on the series in the form of Arya Stark’s direwolf and one of the whip-wielding royal bastard daughters of Dorne, Nymeria Sand, who was played by Jessica Henwick. Indeed, around 1,000 years before the events of the main novels, Nymeria, a legendary warrior who escaped a centuries-long conflict known as the Second Spice War—fought between her Rhoynar people and the Valyrian Freehold—famously fled the continent of Essos as part of a fleet of ten thousand ships. The fleet ended up in southern Westeros, in Dorne, where the remaining Rhoynar settled and blended with the Westerosi to create a new hybrid culture. The land’s royal structure was thusly created when Nymeria married Lord Mors Martell, leaving a Dornish lineage showcased during the era of Game of Thrones. Nymeria was as close to a feminist figure as one could get in this world, which explains the frequent evocations of the name.

Consequently, with 10,000 Ships centering on the Dornish—or at least their exodus tale—the franchise has the chance to redeem the maligned Game of Thrones Season 5 storyline that saw Jaime Lannister and (in a story change,) Bron immersed in the royal drama of the Martell family; a plot that—due to the breath of Martin’s source material—was noticeably butchered both in its pacing and the alteration—and outright erasure—of key characters. This is particularly the case with the way the show handled the daughters of hedonistic, fighting fan fave Prince Oberyn Martell, collectively known as the Sand Snakes (which refers to their Dornish bastard surnames). Not only did their television manifestations—played by Henwick, Keisha Castle-Hughes and Rosabell Laurenti Sellers—come across as superficial, riddled with cliched femme-fatale tropes, but only three of the eight Sand Snakes depicted in the books appeared on the series.

Lastly, Flea Bottom, as implied by its working title, will be set in the filthy, claustrophobic and labyrinthine slums of King’s Landing. With alleys rife only with pubs, brothels (not quite Littlefinger’s fancy hen houses), tanneries and smithies, the perpetually impoverished denizens of Flea Bottom don’t have time for social niceties or material matters, and will literally stab one another in the back to procure a life-sustaining meal. While Flea Bottom was featured prominently on the original series, notably via the exploits of Arya, Gendry and Davos (with the latter two having hailed from it), this particular spinoff should significantly shift the franchise away from the luxuries of kings, queens and lords to the exploits of Westeros’ hovel-hiding hoi polloi. That alone makes it a good platform to capitalize on themes and story avenues missed on the original series.

House of the Dragon is currently scheduled for a premiere on HBO in 2022. However, the array of fellow prospective Game of Thrones spinoff shows don’t quite have a specific timeframe as of yet.