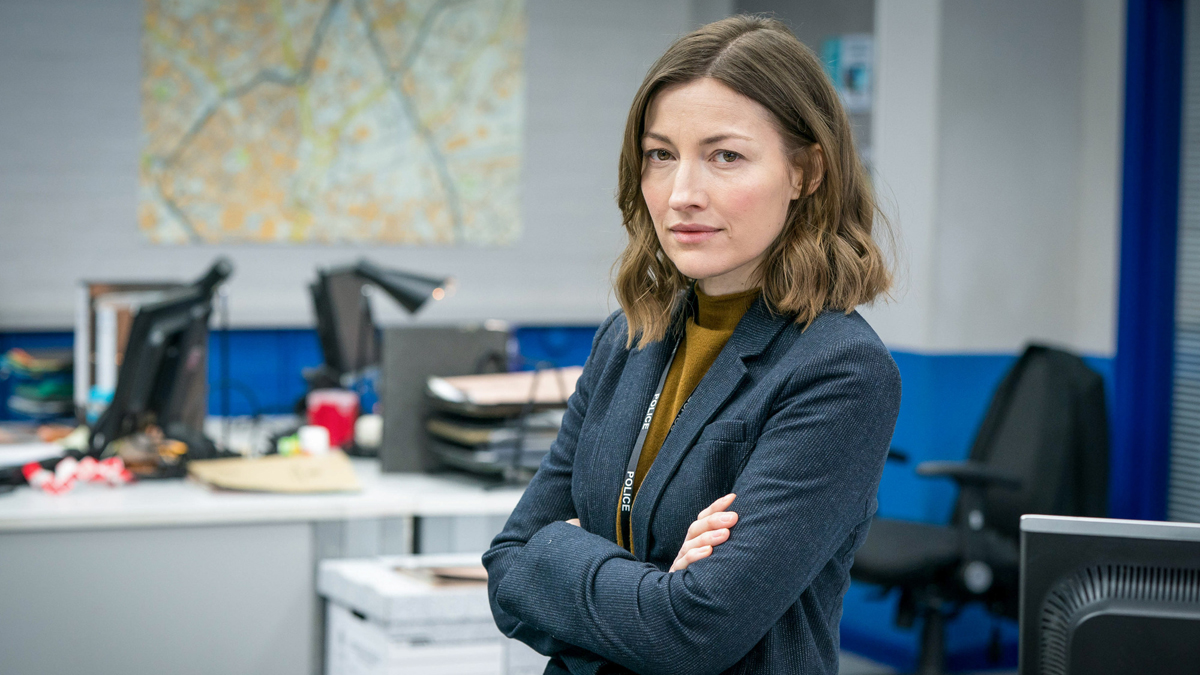 Line of Duty requires attentive viewing. Try to watch it while doing the ironing and it’ll be burnt shirt collars and confusion for you, son. Every sly look, slight frown and worried swallow by the characters needs to be absorbed by fans if we’re to construct our usual baroque theories week by week. (A bold, early suggestion: DCI Davidson is the first innocent copper AC-12 has ever investigated; she simply has the ability to see things happen in slow-motion, like a housefly, and is a keen collector of high-end door locks. Show of hands?)

You could keep a little notebook at hand in which to jot down and underline key info, or you could just come here every week after reading the episode review, and have your memory jogged to the relevant bits…

Acronym of the Week: CHIS

Pronounced to rhyme with ‘fizz’. Stands for: Covert Human Intelligence Source, or informant.

She’s ambitious, for one, but the cracks started to show in series five. It was Kate and Steve who went to ACC Wise with several concerns relating to the gaffer’s conduct after he went rogue and impersonated ‘H’ in an unauthorised undercover op to recover the stolen Eastfield Depot goods. Kate’s the one who listed Ted’s potential offences to Wise, and voiced her suspicion that Hastings deliberately blew John Corbett’s cover with the OCG. When Gill Biggeloe told Ted that a complaint against him had been raised, he told her “My team will back me up, they always do.” “Not always,” replied Gill. The investigation into Hastings tainted AC-12, and in Kate’s words, she was sick of chasing bent coppers and wanted to go after real criminals.

When did we first meet PS Farida Jatri?

In series four, which was set in early 2017, Jatri was a background player in Roz Huntley’s team at Polk Avenue investigating the murders of Leonie Collersdale and Baswinder Kaur, and the attempted abduction of Hana Reznikova, collectively known as Operation Trapdoor. In the three and a half years between then and when series six takes place in October 2020, Jatri (played by Anneika Rose) has been promoted to sergeant and reassigned to Hillside Station, working under DCI Joanne Davidson who was posted to ‘The Hill’ in October 2019, one month after Gail Vella’s murder.

Because he’s been in it since series one when he was the DI brought in to replace DCI Tony Gates as the Senior Investigating Officer on the Jackie Laverty disappearance case. (Gates was having an affair with Laverty, so had to be removed). It’s worth noting that Buckells (played by Nigel Boyle) was put in charge of that case by ACC Derek Hilton, whom we know to have been a bent copper who was blackmailed, and almost certainly murdered, by the OCG.

After Tony Gates got the evidence required to arrest OCG leader Tommy Hunter, it was Buckells who allowed ‘The Caddy’ DS Cottan to chat with Hunter and advise him to request immunity and witness protection and go along with the terrorism story Gates had concocted to explain three OCG drug-related murders.

Then in series four, ACC Hilton removed DCI Roz Huntley as SIO of Operation Trapdoor and replaced her with Buckells. Because DS Kat Fleming was undercover as part of Huntley’s team at the time, Buckells knew her real identity and would have been able to blow her cover, jeopardising AC-12’s operation. Does that make Buckells’ just ACC Hilton’s pawn, or is he a bent copper in his own right? He has climbed the ladder remarkably quickly.

Where have we seen Terry Boyle before?

Twice. Once in series one, when he was played by Elliott Rosen, and once in series five, played by the same actor as here, Tommy Jessop. Boyle is a young man with Down’s Syndrome who is a long time associate of the OCG. They bullied and exploited him, using the freezer in his flat to store the dismembered body of Jackie Laverty between series one and five. His flat is located opposite Kingsgate Printing Services, out of which the OCG ran a passport forgery operation using illegally trafficked workers. When AC-12 raided the shop, Boyle took photos of the police officers to show the OCG. That’s how Lisa McQueen was able to ID Steve Arnott as the police officer who followed PC Maneet Bindra’s instructions on how to make contact with the OCG.

Why is Steve buying all those pills?

He has a painkiller addiction, which started after he suffered a serious attack in series four, when a member of the OCG attacked him and pushed him down several flights of stairs. Steve’s pelvis was fractured and he was left temporarily using a wheelchair.

In series five, Steve failed to perform sexually with on-again-off-again girlfriend DS Sam Railston from Major Violent Crime, perhaps as a result of his injuries, a side effect of the codeine he was taking, or a psychological barrier. That’s why, when propositioned by former fling ‘Jolly’ Rogerson from Murder Squad, Steve turned her down. Time was, Steve ‘Shagger’ Arnott wouldn’t have turned down a hole in the ground, and made a habit of sleeping with co-workers and witnesses, hence Rogerson’s “You really have been working Anti-Corruption too long haven’t you?”

After being hopeful that she and husband Mark were going to make a go of things again in series five when she’d stopped working undercover, the job made it too difficult for Kate to keep promises to Mark and son Josh. She repeatedly came home late and missed outings and bedtimes, which eventually proved too much for the marriage. In series six, she’s moved out of the family home and Mark seems to have primary custody of Josh.

Why did ACC Andrea Wise shut Ted out of that meeting?

As she tells him, Ted’s reputation hasn’t survived the events of series five (when he was framed by Gill Biggeloe as ‘H’, the mythologised bent copper running the OCG). Many people in the service think he should have resigned after that debacle, which would be mightily convenient for Wise and Police and Crime Commissioner Rohan Sindwhani, as AC-12 keep rooting out corrupt police staff, which doesn’t make for good PR.

No idea. It’s not impossible though. OCG member Lee Banks, if you remember, is currently serving at her majesty’s pleasure in Blackthorn Prison after being busted by Steve bribing PS Jane Cafferty in series five. Gangland executioner Carl Banks could well be a relation.

Line of Duty continues on Sunday the 28th of March at 9pm on BBC One.