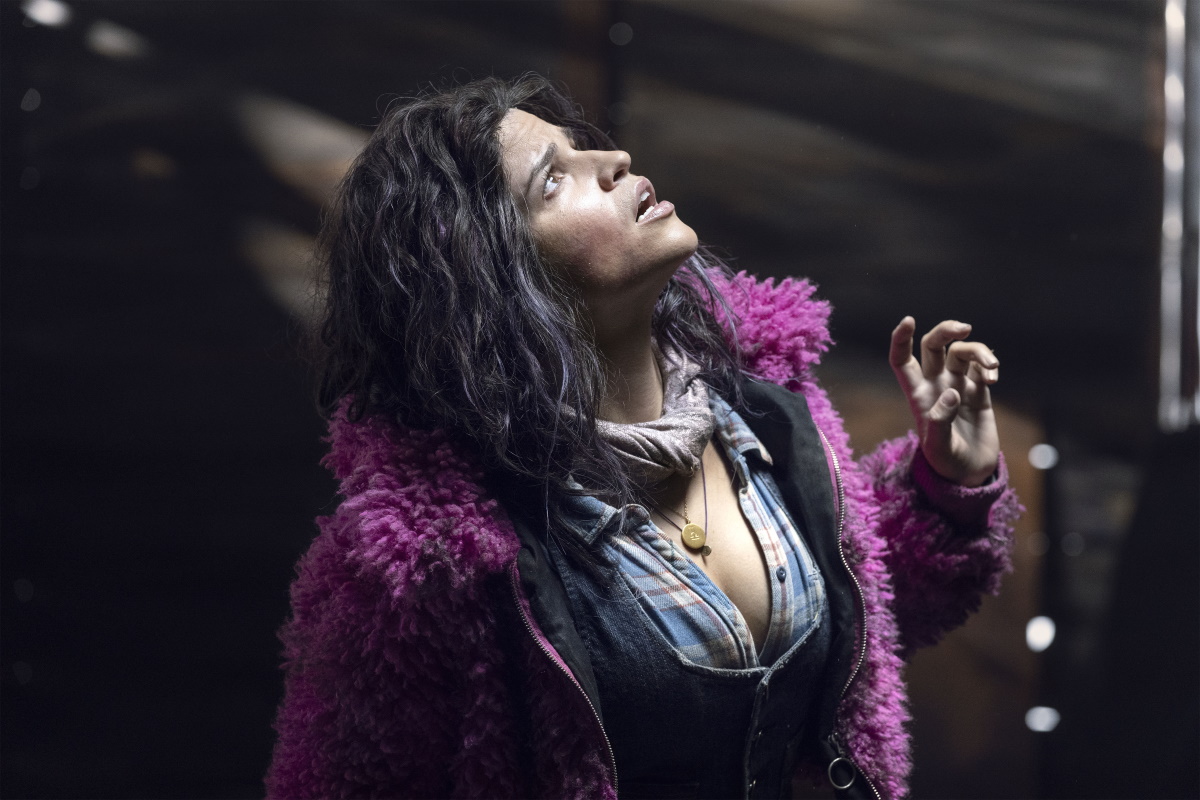 The Walking Dead has made a lot of hay with their six bonus episodes following the pandemic-shortened season 10. Rather than doing a ton of world-building or doing too much to push into territory best covered in season 11, they’ve doubled down on character pieces. Maggie, Daryl, Aaron and Gabriel, and now Princess have all come into focus, allowing the show’s creative team to work on digging into their characters, rather than providing much elaboration on big world-building events. I can’t speak for everyone else, but for me, those episodes have been the best kind of bottle episodes. They’re creative, despite being contained in small areas, and they’ve provided crucial enrichment for characters, filling in time gaps without forcing a whole story arc to grind to a halt for a side-quest.

When it comes to Princess (Paola Lazaro), the character herself made an immediate impact. She’s flashy, she’s funny, she’s a huge personality in a small frame, and she’s somehow both open with her backstory and reticent to reveal her true self. Sure, she’s funny and talkative, but how much of that gets past the surface? For most people, that’s a defense mechanism; for Princess, it might be the only way she can cope.

Paola Lazaro was handed a difficult challenge when she was cast as Princess. She has to take a later-season character on The Walking Dead and get people to invest in her knowing that the show is chugging towards spinoffs, movies, and an ending. It’s a challenge for any actor, but if anyone is able to pull that off given episodes like this, it’s Lazaro. She handles every bit of this episode brilliantly, being both funny and sympathetic without making Princess into anything other than a survivor in the process. It’s excellent stuff, and this episode flew by for me because of her arresting performance. She’s got charm to spare, and charisma to beat the band, and it’s good to have a performer of her caliber on this show inhabiting a character that, in the wrong hands, would be worse than a joke.

It’s a difficult character handled well by the actor, and this week, given that most of her acting is done with people’s voices through the walls of the boxcar she’s imprisoned in, the degree of difficulty is even higher. Princess, panicking, reciting state capitals as she paces around her ersatz prison cell. Her only interaction is yelling through the walls at a gravely injured Yumiko, or sneaking out of the hole in the back of her cell to talk to Eugene through the metal grate in his own wall. As she speaks to people, she reveals a great deal about her background while scheming to get them all away from this mess Eugene might have walked them into with his long-distance romance. Princess is torn. Does she listen to Eugene and cooperate in the hopes that this is just some sort of shakedown technique, or does she listen to Ezekiel and herself and make a break for freedom?

Princess carries the episode, sprinkling in little stories from how she grew up in an abusive home, tying everything back to a splinter in her finger that she can’t get rid of. The script, from Julia Ruchman and Vivian Tse, handles sensitive material beautifully, and while Princess’s delicate mental state is handled with more tact than might be expected on a show like this. She’s damaged, certainly, but not as much by her past as one might expect in the usual cable drama. If anything, her past has given her the comping mechanisms she needs to survive her present, even if she does end up talking to people who aren’t really there and imagining ways out of her predicament that don’t exist until she beats up her guard and takes his gun.

The devil on her roof and the angel behind the metal grate weren’t the real Ezekiel and Eugene, but her own imagination. Her concern for Yumiko is real, but also doubles as her concern for herself expressed in a safer way for Princess mentally. Ultimately, she’s not simply choosing how to act in this single situation, but how she’s going to act going forward. Princess is choosing between self-preservation at the cost of what’s left of her mind or throwing her lot in fully with Yumiko and the rest of her friends and potentially losing her life because of someone else’s choices.

The best thing about the hallucination scenario is that we’ve seen similar coping mechanisms before. Rick had his disconnected phone call. Morgan had his writing on the walls. Surviving in this world forces people to find ways not to lose their grip completely, and if that means Princess has conversations with no one while trapped in an old railroad car, then so be it. The reveal is done very well, with some solid match cuts between Ezekiel, blood on his face, and Princess, blood in the same pattern on her face. It’s not really hinted at, but in retrospect, it seems fairly convenient for Princess to have a boxcar with two unprotected entrances and exits, one as dramatic as possible through the roof. Still, director Laura Belsey never tips her hand, and Ruchman and Tse’s script keeps the whole escape as plausible as anything in the post-apocalypse could be.

“Splinter” moves quickly, seeming to pick up steam in the latter half of the episode. By the time the episode ends and Princess agrees to cooperate with her captors, it’s as much of a shock to the audience as it is her when she gets the black bag treatment. Darkness takes the screen and the end credits begin playing, seemingly out of nowhere. It takes a little bit to get going, but once it kicks in, the episode is engrossing and provides a lot more texture to the talkative Princess and her unique survival tactics.

Despite being 10 seasons old, there’s still a little bit of life in The Walking Dead. Having new variations on familiar themes, and bringing on fresh talent in front of and behind the camera, can really do that for a long-running cable show. The endgame is coming, but there are still stories to tell along the way. If nothing else, Princess has a lot of stories.