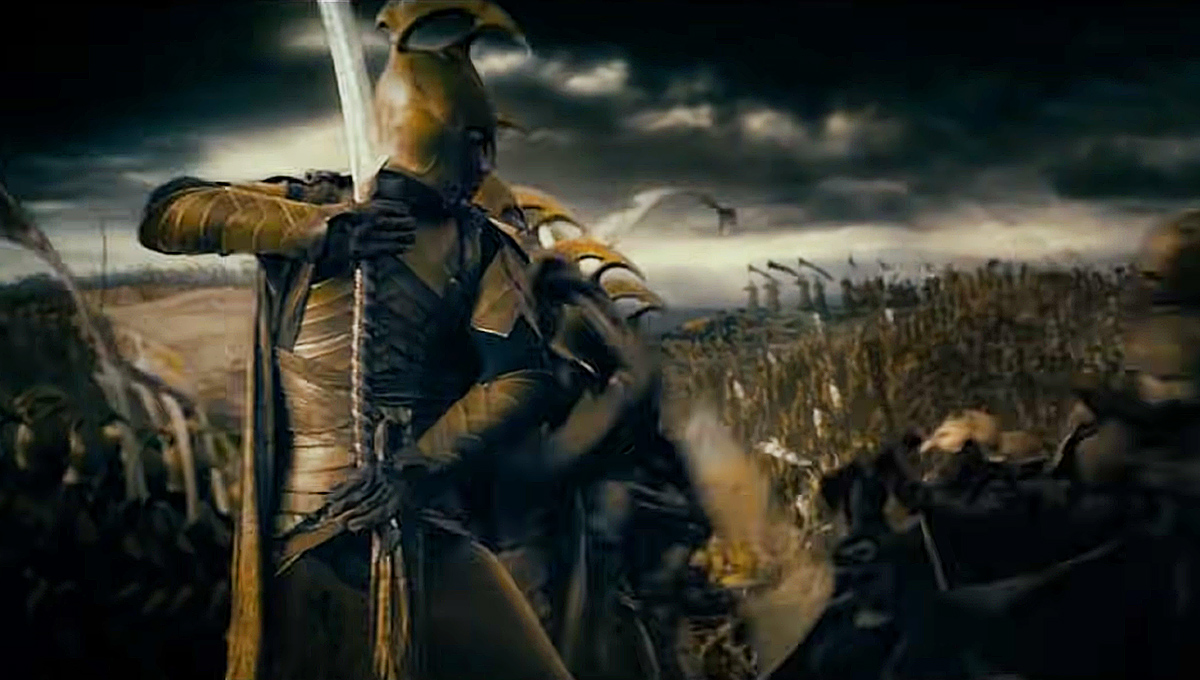 While Amazon’s anticipated Lord of the Rings television series has been fueling fan speculation for years now, it has yet to supply the convenience of an actual title. Indeed, the series, currently in production in New Zealand, continues to be referred to in an official capacity under the generic placeholder of The Lord of the Rings on Prime. However, the show’s latest development, the addition of director Wayne Che Yip, was revealed with an intriguing image that has fans speculating that a title might have been secretly decided.

Amazon officially revealed that Wayne Che Yip will direct four episodes for Lord of the Rings, and will also serve as co-executive producer. It’s a solid addition for the series, with the British Chinese helmer having put together an impressive string of small screen genre work from episodes of shows such as Doom Patrol, Hunters, Happy!, Into the Badlands, Deadly Class, Cloak & Dagger, Preacher and Doctor Who. Moreover, Yip also fielded two episodes of Amazon’s other developing grandiose literary fantasy adaptation series, The Wheel of Time. However, the auspicious acquisition—welcome good news after some recent behind-the-scenes casting drama—has seemingly been overshadowed by a clapperboard, some magic marker and a renewed resolve by the fandom to discern the Lord of the Rings show’s title.

The Yip announcement was made on the occasion of the March 25 (NZ local) designation of Tolkien Reading Day, a celebratory event of the author’s work organized by The Tolkien Society. While the Amazon show’s official Twitter account broke the news subtly with the image of a clapperboard bearing Yip’s name in the director column, it was hard not to notice that a crucial piece of information on the bottom, an apparent title, was sloppily redacted with black marker. Thusly, eagled-eyed fans have rapidly jumped on the apparent mystery. Thus far, at press time, one fan on Reddit has theorized—with a visual aid—that the last word in the string might be “Project,” as implied by what appears to be a capital “P” and the subsequent dip of a lower case “j.” That would fuel the arguable notion that the first letter is an upper-case “J,” which could point to it saying something to the effect of “J.R.R. Tolkien Project.” However, if that is the case, then why would they take the time to cover up something so innocuous? That, of course, didn’t stop the fandom from having a bit of fun with the dilemma, as evidenced from the tweet below.

While the obvious demands of brand marketing clearly call for the series to carry “Lord of the Rings” somewhere in the title, it needs to be differentiated from director Peter Jackson’s Oscar-reaping film trilogy while simultaneously evoking them. Thus, it would be safe to assume that the final title will start with The Lord of the Rings, followed by an indicative colon punctuation. While your guess is as good as mine regarding what might follow, it could be deduced by the fact that the series is set in Middle Earth’s Second Age—thousands of years before the Third Age adventures of Bilbo and Frodo of Tolkien’s main novels. With that era having lasted 3,441 years total, the show’s official synopsis identified, amongst other settings, “the breathtaking island kingdom of Númenor,” which was formed in year 32 of the Second Age and climatically sunk into the sea in 3,319 SA.

While this particular period in the Second Age is covered across the late author’s scattered stories, the definitive lore remains a devoted section in 1977’s posthumously-published Middle Earth chronicle, The Silmarillion, specifically the chapter titled “Akallabêth,” which translates from Adûnaic—the arcane language of the Numenoreans—as “The Downfallen.” That chapter depicts the nadir of the once-great kingdom of long-lived Men, which came about after Sauron arrived on the island as a captive from his first failed attempt to take over Middle Earth. Eventually, the dark lord insidiously inserted himself into the minds of the populace, imbuing them with a power-coveting hubris that angered the Valar (the gods of Tolkien lore) that led to the entire island’s violent relocation to the bottom of the ocean. Indeed, the synopsis makes reference to “the greatest villain that ever flowed from Tolkien’s pen,” seemingly (perhaps arguably) indicating Sauron’s presence as a proper character on the series.

Consequently, since calling it The Silmarillion would contradict the massive breadth of that quasi-Biblical book, we could be looking at a title along the lines of The Lord of the Rings: Akallabeth or the more accessibly-translated The Lord of the Rings: The Downfallen. Again, this is just some admittedly indulgent speculation on the part of this writer, even if it’s potentially belied by what’s realistically covered on the presumed clapperboard clue. Regardless, Amazon’s The Lord of the Rings series is progressing, with its pilot, directed by J.A. Bayona, purportedly finished, leaving a premiere on Amazon Prime Video by the end of 2021 quite feasible.