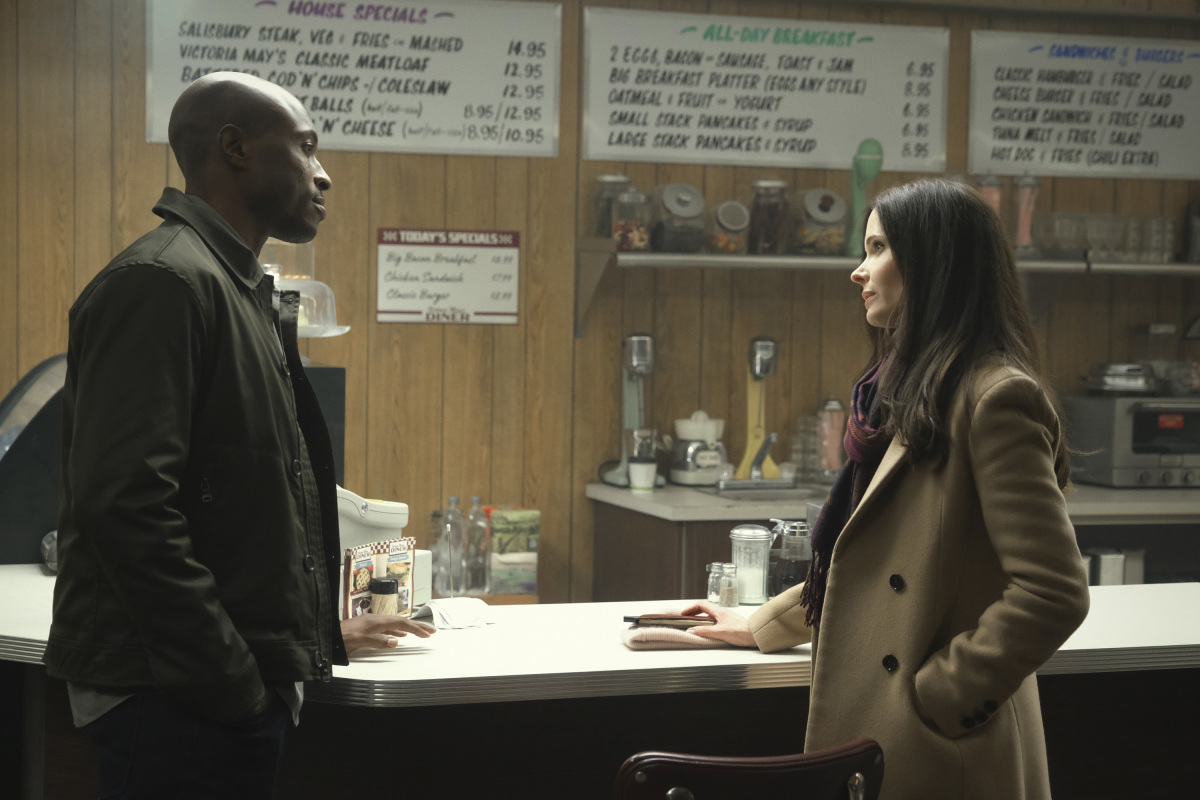 This is the first episode of Superman & Lois that maybe felt like it was spinning its wheels a little. To be fair, this entire season has been unfolding at what can best be described as a deliberate pace. It’s an understandable decision since the entire concept of this show is meant to take fans of the Superman mythos pretty far out of their comfort zones, so there’s still a lot of heavy lifting that has to get done each week, especially as we get used to the Kent family, the Cushings, the history of Smallville, and more.

That isn’t to say that “The Best of Smallville” is a bad episode, or a boring one, or even a rote one (it’s way too early for this show to have any kind of real episodic “formula,” other than those big reveals that it saves for the final moments each week). If anything, this shakes things up a little by adding flashbacks to Clark’s teenage years at key moments in the episode. And those, just like everything else relating to Clark’s history on this show, are handled with real care and reverence for everything that has come before. But I can’t help but feel that several of the beats we get in this episode, from Jonathan continuing to lose to the troubled home life of the Cushings, is stuff we’ve already been getting in previous episodes, all while the Morgan Edge story continues to just kind of lurk around the outskirts, just like the character himself.

Fortunately, this is Superman & Lois we’re talking about, and this show’s core four (not to mention its terrific supporting characters) make every moment worth watching. I have already written endlessly about how truly endearing Tyler Hoechlin’s Clark Kent is, and I’ll continue to do so. But there’s one thing Hoechlin does with Clark that I’m not sure I’ve ever seen another Superman actor do quite as effectively, and that’s how he makes Clark’s uncoolness not a put-on or an affectation, but as a genuine component of the “real” Clark Kent.

It’s hard to explain, but hang with me for a minute. It’s generally assumed that any time Clark is being “uncool” or overly earnest about something, it’s part of his “disguise.” And with many actors, especially the legendarily perfect Christopher Reeve, that was absolutely the case. The key to a truly great Clark performance always seems to come in the moments when he lets his guard down, and you realize that this is the “real” person, not the “Clark who has to pretend he isn’t Superman” shine through. Hoechlin does this effortlessly, and as dad-cringe as his entire opening enthusiasm about the Smallville Harvest Festival is, it’s real. He doesn’t have to fake this for his family, it’s really who he is. It’s great and I don’t know how many other leading man types who have played this role over the last 20 years or so who could actually pull this off so easily.

Anyway, that was quite a digression. Sorry about that.

I singled out Jonathan’s struggles this episode for some mild criticism above, if only because we’ve been watching this kid’s life unravel pretty much since the first episode. It is, perhaps, a little TOO convenient that he gets dumped by phone the same moment his brother is setting up his first ever date. And maybe this is the kind of thing they could have saved another episode or so instead of letting it come so soon on the heels of his football struggles.

But both of these kids are just so damn good that it’s tough to fault it. Jordan Elsass makes Jonathan perhaps the most likeable character on this show, even when he should be (as Sarah points out) a completely insufferable jerk. I know there’s speculation out there that Jonathan will be driven to villainy by his pretty ordinary teenage struggles, and I just don’t see it happening. These are both good kids, and even when they screw up, it’s pretty clear that their heads are screwed on straight. I’d just like to see Jonathan catch a break soon, though.

They’re definitely playing the long game with Jordan, too, and Alex Garfin manages to imbue him with the almost wild-eyed wonder of someone who really just can’t believe his good luck…all without either lording it over or condescending to his suddenly unlucky brother. I’ve always felt that empathy is a secret Kent superpower, and Jordan’s got that by the boatload.

Lois and Chrissy are a surprisingly delightful pairing, and so far this show has managed to resist the rest of the Arrowverse’s tendency to “do a journalism” here, even as we see these two starting to dig a little deeper into whatever Morgan Edge is up to. Still, the fact that Lois literally can’t even write for the Smallville Gazette at the moment isn’t doing my or anyone else’s misgivings that they’re sidelining her any favors. It’s great to see Lois in these other contexts, and Elizabeth Tulloch is nothing short of the best screen Lois this century, but I can’t help but think that there’s something being missed with her story so far. (That being said, her thoroughly annoyed “go faster” to the boys at the Harvest Festival was a terrific, and intimidating fun moment.)

Those flashback sequences, though! Just as I love it that Jon, Jordan, and Sarah are all actually believable as teenagers (coughSmallvillecough), I like that they fully leaned into awkward 15-16 year old beanpole Clark and not some already filled out heartthrob type. Clark leaving home THIS early feels like a slightly new wrinkle for the Superman mythos overall, and I’m especially interested in seeing if we’ll see how some of this developed down the road.

I look forward to seeing Wolé Parks’ Captain Luthor continue to develop, but it would be nice to see if they give him enough screen time soon to give us anything beyond “seething, barely contained rage.” I’m also very curious to see if there’s any nuance they can build into his Lois twist, so that she doesn’t just become another object of fixation for the character. Similarly, it’s time for this story to show us a little more of its hand with the Morgan Edge/X-Kryptonite stuff, because sometimes a slow burn is just a fizzle, y’know?

I appreciate this show’s commitment to its family drama first storytelling, and I get that if we show Superman in action too much it will a) not be as special and b) eat up the FX budget so the moments we DO get won’t look quite as good. But I’d like to see a little more, and I certainly hope that more of Superman’s rogues’ gallery becomes open for business at some point. Yes, I get it, so many of those were utilized on Supergirl already, and I don’t want this show to fall prey to the “villain of the week” tedium that The Flash occasionally slips in to. I’m sure there’s some middle ground that won’t lose what makes this show stand out from its peers.

Spot anything I missed with these Superman Easter eggs? Let me know in the comments!