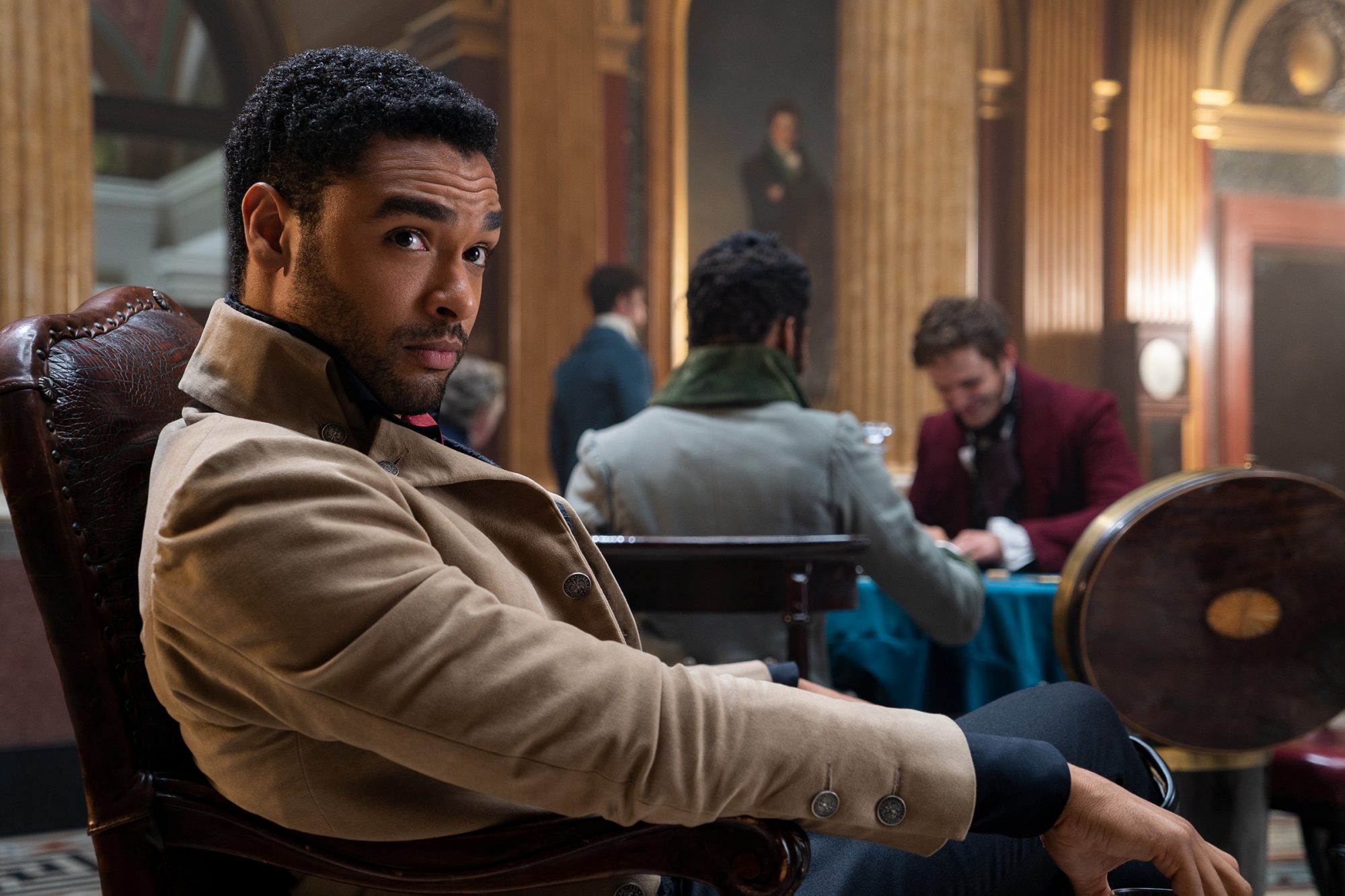 Today’s announcement that Regé-Jean Page, aka the Duke of Hastings, will not be returning for Bridgerton Season 2 has left many fans shocked, as they expected Simon to continue to be a main character in the popular Netflix series moving forward. Some have even gone as far as to say they will refuse to watch Season 2. “It’s a one-season arc. It’s going to have a beginning, middle, end — give us a year,” Page told Variety of the conversations with the producers about his role as Simon, implying that this was always going to be a one-season gig. “[I thought] ‘That’s interesting,’ because then it felt like a limited series. I get to come in, I get to contribute my bit and then the Bridgerton family rolls on.” Of course it’s valid to be upset that a favorite character in an ensemble production is leaving the story, and it is truly a testament to Page’s bringing the best of Simon’s qualities to life that fans are so upset at his departure, but there are many reasons why Bridgerton had to let Page go—and many reasons why the show will be absolutely fine without him.

Netflix’s announcement that Regé-Jean Page won’t be back for Bridgerton Season 2 has revealed an interesting disconnect between those who are familiar with romance book series tropes and those who are not, as well as between show-only fans and fans who have also read the books series (who may be less invested in Simon’s character compared to the other, more popular male romantic leads from the Bridgerton book series). Avid readers of romance novels will know that, when it comes to romance series, usually, the main couple of the first book steps aside as main characters so the main couple in the second book can have the spotlight. The first season of Bridgerton was prepping for this trope long before any announcement about Page’s Season 2 role, setting up potential relationships and personal drama for Daphne’s many siblings. A decision to leave Simon in the spotlight would shortchange storylines for the remaining characters and leaves writers without the ability to create new, original characters. The thrill of the Ton’s marriage market is the main attraction, not the fluffy family scenes in the epilogues.

Readers of the Bridgerton series have argued fan-favorite scenes in The Viscount Who Loved Me, such as the very competitive Pall Mall game, would be impacted by Simon’s absence, but of course making minor (and some major) changes from the source material is par for the course in adaptation. Season 1, for example, saw the editing or trimming of some reader-favorite moments from The Duke and I, such as the croquet matches and Simon rescuing one of the younger Bridgertons on a boat trip. As the main action in the Pall Mall game is the dynamic between Anthony and his love interest, Simon’s absence, while perhaps disappointing, is far from detrimental. Simon’s appearance may please book purists, but they can faithfully communicate the importance of that scene in relation to character backstories and future events without Simon. The spirit of the Bridgerton family can still be expressed in a scene if Daphne and the other siblings are present.

While some of the more extreme fandom reactions to the announcement aren’t justifiable, the concern that the Bridgerton staff is pulling a bait-and-switch when it comes to representation is a legitimate concern. Although Jonathan Bailey has done a fine job portraying Anthony, he can’t fulfill the role of a mirror for Black viewers to see themselves from. However, as long as additional seasons provide more Black leading characters—and Queen Charlotte, Marina, and Lady Danbury are still in the scripts—Bridgerton could continue to break inclusivity barriers. Will Mondrich can still be around without Simon. It would also be a mistake to discount what the new characters Kate and Edwina Sharma will bring to the cast as they represent audiences who may not have seen themselves represented in Season 1.

The best-laid plans before production begins do have to be amended when real-life circumstances arise. Page has been previously announced to have roles in several new films such as The Grey Man, starring with Alfre Woodward and Chris Evans. In addition, his contract was only for one year. While there may have been a plan at some point to bring Page back for a brief appearance, pandemic protocols have drastically changed the way television and movies film, and one of the casualties is the ability for actors to take on more than one project at a time. Cast and crew have to be quarantined before, during, and after filming. Even a cameo could tie up an actor’s schedule for weeks or months, resulting in missed work opportunities or delays. It is entirely possible Shondaland tried to accommodate Page’s schedule for a cameo appearance but were unable to.

The best thing for fans of Page is to channel their disappointment by following Page’s career going forward. Tantrums online and promises to boycott Bridgerton really are not going to do anything but prove the racist critics of the series correct.