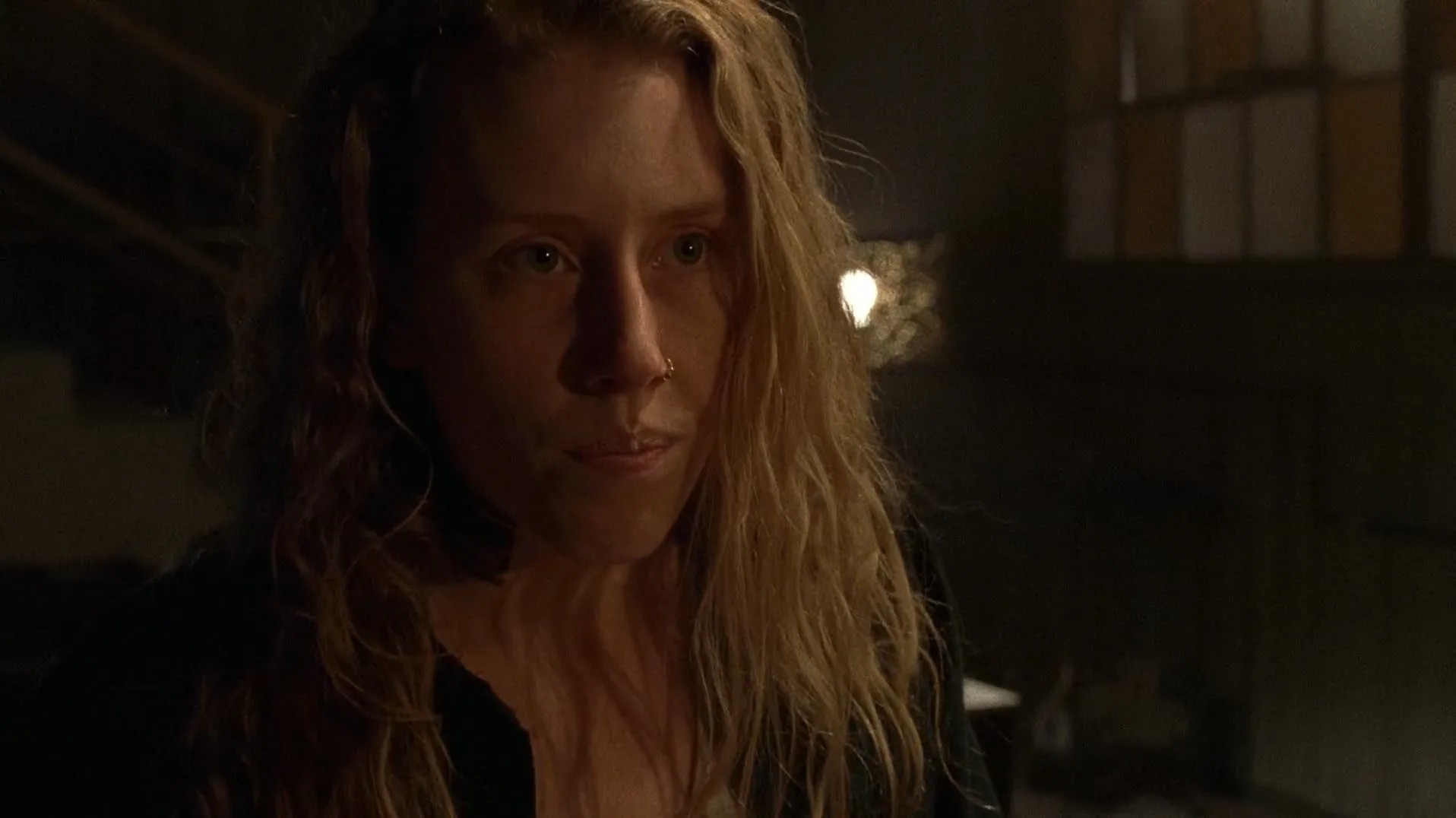 The Walking Dead season 10 finally came to a close with “Here’s Negan,” an episode based on the comic book storyline of the same name that takes a deep dive into the villain’s past. How did a high school gym teacher become the ruthless leader of the Saviors? The episode answers that question and shows how his villainous turn directly ties into his attempts to save his wife Lucille (Hilarie Burton) from cancer.

In a flashback scene that takes place several years earlier, we watch as Negan goes on a supply run to locate the drugs Lucille desperately needs for her chemotherapy. This leads him to a traveling medical caravan making stops at different locations to help people after the fall of society. Negan knows these medics have the drugs he needs but doesn’t have anything to trade for them so he decides to rob them at gunpoint (they don’t know he doesn’t have any bullets).

Almost immediately, the robbery goes south. Approaching a doctor named Franklin with the gun, Negan is quickly bashed in the back of the head with bat, the same same one that will soon become the new Lucille. Holding this bat is Laura, Franklin’s daughter and Negan’s future Savior lieutenants.

Lindsley Register makes a surprise appearance in the episode after being killed off earlier in season 10 by Beta. In fact, “Here’s Negan” also serves as a sort of origin story for Laura. We learn in the episode that before she joined Negan’s band of thugs, she just wanted to help people with her dad. Even after Negan tries to rob them, Laura tends to his head wound while Franklin gives him the drugs for Lucille.

Unknown until now is that Laura actually plays a key part in Negan’s transformation into the cruel villain we meet in season 7. Just before Franklin and Laura send Negan on his way with the medicine, Laura gives him the bat she hit him with for protection. Yes, Laura helps pave the way for the birth of Lucille the Bat, the weapon the villain one day use to bash countless heads in, including Glenn’s.

We know that Laura will eventually take a villainous turn too, but it’s unclear if it was the direct of what happens to her and her dad in the episode or if that change came later. But it makes sense that Laura would become close with Negan after he saves them from a group of bikers who ransacked their caravan and kidnapped them. Knowing how the cruel Walking Dead universe works, you can sort of fill in the blanks and just assume things kept going badly for Laura and her father until Franklin was eventually killed or died, leaving Laura to throw in with Negan and help him form the Saviors.

One thing we do know is that Register’s fans will undoubtedly be happy to see her on the show again after Laura was unceremoniously killed off by Beta, who crushed her skull by throwing her against the wall in Alexandria’s cell. It was a shocking end for a character who’d turned her life around after joining Rick’s group in the aftermath of the war with the Saviors. While she didn’t get an epic hero death that some fans felt she deserved, Laura at least gets a slightly better send off in “Here’s Negan,” which shows who she was at her very best.