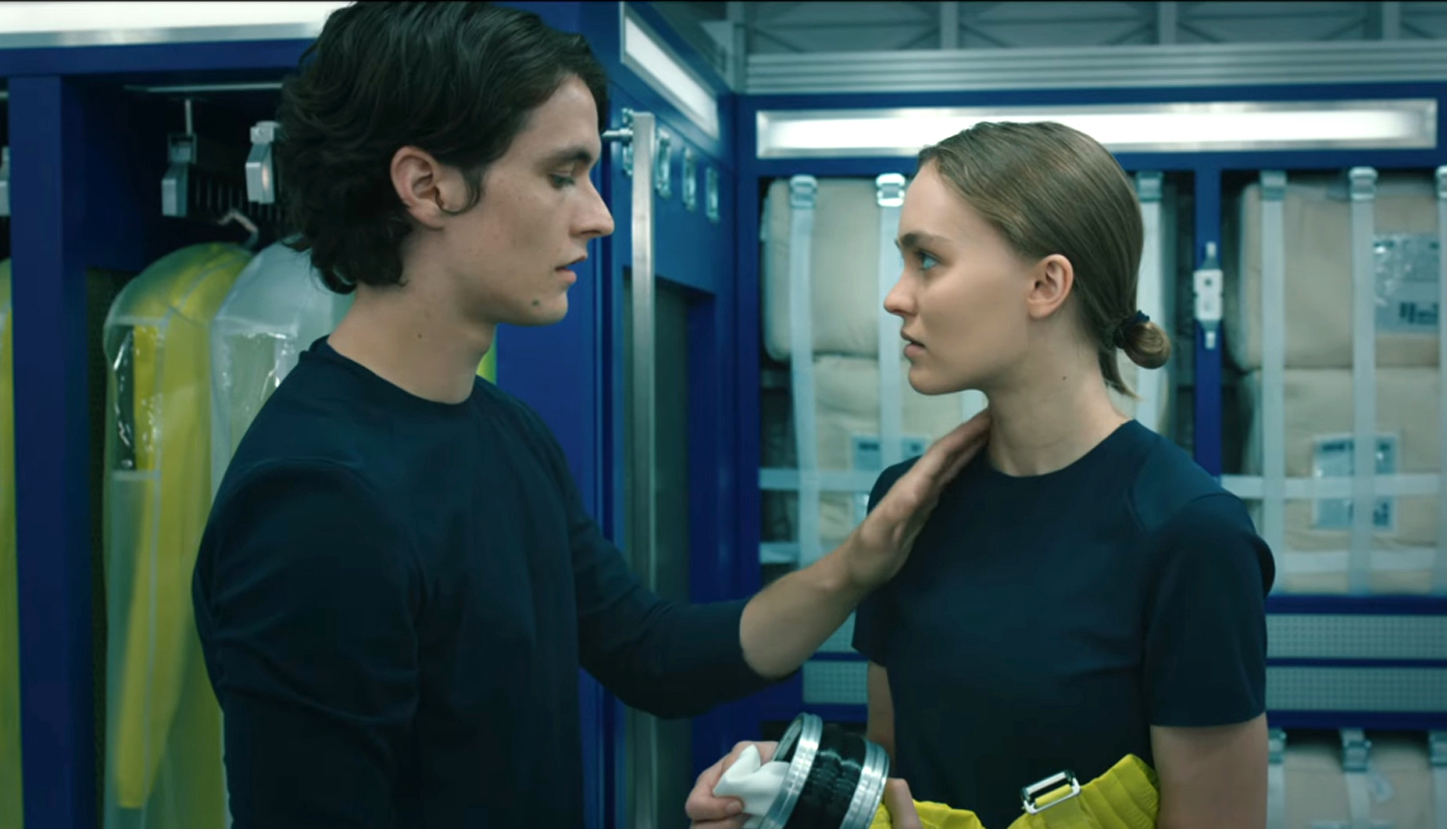 Writer-director Neil Burger has dipped into science fiction both for adults and the YA audience a couple of times throughout his career. First with his 2011 film Limitless, in which Bradley Cooper becomes a mental powerhouse thanks to a mysterious drug; in 2014, he helmed Divergent, one of the last gasps of the dystopian young adult subgenre; and with the new film Voyagers —which features the filmmaker’s first original screenplay since 2008’s The Lucky Ones—Burger plunges full-on into sci-fi with a space-based thriller that takes some familiar material, and… doesn’t do much with it.

There are two familiar—perhaps overly familiar—plot threads happening in Voyagers. On one hand, the story is set on a generation ship, a well-worn genre device in which a group of people board a spacecraft for a vast interstellar journey, knowing that they won’t reach their destination but that their descendants will. In this case, the passengers are a crew of some 30 young people who have been literally bred in a lab for intelligence, loyalty, and dedication to their mission.

Shepherding them on the mission, and the only actual adult on the ship, is Richard (a warm Colin Farrell), the scientist who has supervised the youngsters since birth and feels a moral obligation to accompany them, even though he knows he won’t see the end of the 80-year journey. The kids are headed to a new home for the human race in a distant star system since the Earth is pretty much screwed at this point.

Voyagers also deploys an instantly recognizable plot development that more or less started back in 1954 with the novel Lord of the Flies: put a group of young people in an isolated, closed space for any amount of time, and set a timer to see how long it takes before that group descends into lawlessness and savagery.

With Voyagers, it doesn’t take very long at all because while barely into the mission, friends Christopher (Tye Sheridan from Ready Player One and the last stretch of X-Men movies) and Zac (Fionn Whitehead of Dunkirk fame) make a shocking discovery: a medication the kids must take everyday called the “Blue” (and which is billed as a vitamin supplement) is actually a sedative that is used to suppress all emotions during the trip—including anger, fear, and sexual desire.

Sure enough, Christopher and Zac decide to stop taking the “Blue,” at first keeping this information from Richard but spreading the word among the rest of the kids. It’s not too long before there’s a leadership vacuum on the ship, with Christopher and Zac soon heading up different factions and all hell breaking loose as the crew feels lust, rage, fear, and all sorts of unfamiliar and overwhelming impulses for the first time in their lives.

The premise of placing groups of people inside spaceships and seeing what happens to them under extreme circumstances has cropped up recently, and successfully, in the Swedish-Danish film Aniara and A24’s French-German production, High Life, both released in 2018. Both of those films took their concepts in interesting, existential directions. The problem with Voyagers is that one knows exactly where this film is going pretty early on, and Burger does nothing original or compelling with the material once he starts turning his story into a simplistic Lord of the Flies in space.

The biggest unanswered question is: couldn’t these kids, literally raised to be the cream of the crop in terms of their intelligence and capabilities (they are crewing an interstellar craft, after all), also be cultivated through the same psychological/biological engineering to be emotionally stable without drugs? Wouldn’t keeping them heavily medicated for at least part of the journey create problems even when they’re supposed to be taken off the “Blue” and allowed to start mating?

There is potentially rich material here to explore in a different, more intellectually satisfying sci-fi drama, but Burger dispenses with all that by the end of the first act. He also dispenses with any real character development. Since we don’t get to know any of these kids very well at all, including other familiar faces like Lily-Rose Depp (The King) and Isaac Hempstead Wright (Game of Thrones’ Bran Stark), we don’t really have a connection to any of them. Their plight becomes more irritating than genuinely gripping.

At least the visual effects are top-notch, and the design of the ship is itself somewhat striking. But the second half of the film just seems to plunge the camera up and down a repetitive series of white corridors as the two warring factions chase, fight, and try to kill each other. But all the neat-looking space gear in the universe can’t do anything to change the fact that Voyagers hits one note and keeps banging away at it, eventually reaching a conclusion that is meant to strike an emotional chord but just feels flat.

Sheridan is appealing enough, even if he’s not a particularly expressive actor, but he’s also not ready for leading man status. His Christopher and Depp’s Sela are supposed to be the moral compasses of the story, but only Depp truly generates some real spark here and there. Whitehead is high-tension right from the start and drops quickly into insanity and hate while everybody else just kind of blurs into the background, including Wright, who still appears to be in semi-comatose Bran mode.

A subplot involving a potential alien force outside the ship is murky and ends up going nowhere, while Burger’s worst decision is introducing montages at various points of psychedelic colors, scenes of animals attacking and hunting each other, and other explosive glimpses of nature—all to hammer home a point we got in the first few minutes.

The movie’s setup has the same template of many a fine story from the past, and not just in science fiction. Burger and company could have taken it in any number of powerful new directions with Voyagers. But we’ve been down the road he’s chosen many times before, and giving it a new coat of futuristic paint doesn’t make the journey feel like it’s moving forward this time.

Voyagers is out in theaters on Friday, April 9.