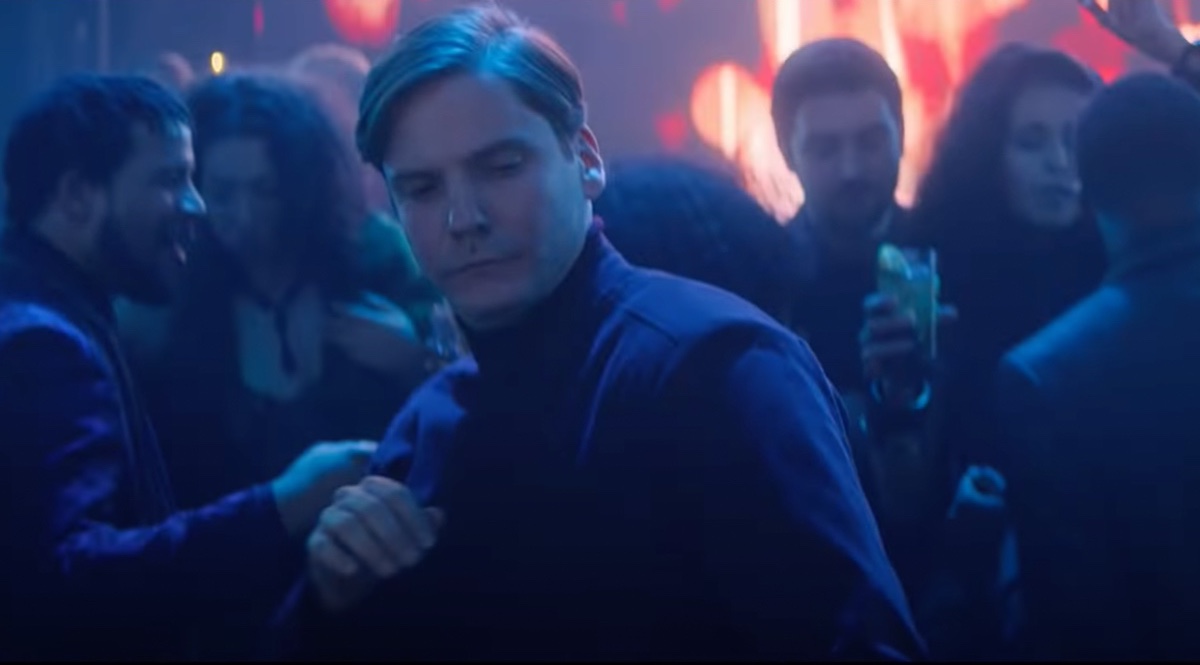 Even more thrilling than the introduction of Mardipoor, however, was the reveal of Baron Zemo: Dancing King. For, as the mismatched trio entered a Lowtown night club, Zemo decided to blend in and let off some steam with a little dance.

Zemo’s dance took all of three seconds, but what a glorious three seconds it was! The Internet, always a font of good taste, immediately latched onto Zemo’s hesitant shimmy like a moth to a flame.

Soon, however, The Internet discovered that it had been cruelly robbed of more Zemo dancing content.

“It was a long dance,” Brühl told EW. “There’s more to it, but they cut this little moment [for the show].”

Excuse me, what now? Long dance? More to it? Cut this little moment? We, the citizens of the Internet, demanded that if a longer cut of this moment exists, then we demand to see. That’s right. #ReleasetheZemoCut. Thankfully, Marvel decided to do just that.

Early on Thursday evening, with only a handful of emojis as fanfare, Marvel finally, mercifully ended our long national nightmare and released the Zemo Cut. Here she is, folks, in all her glory.

Look at him go! Released from Marvel supervillain incarceration and not a single care in the world. Turtlenecked up, arms swinging, and absolutely owning the dance floor. He even breaks out two absolute classic moves in the awkward dancer arsenal. The first is the “Finger Spin”, as if he’s trying to communicate to both the DJ and God himself that this is fun and we need to keep it going.

Then there’s “The Clap” (name subject to change). While dancing among one’s peers, it’s important to offer frequent visual encouragement like a Little League coach after a dropped third strike.

As if the arrival of the Zemo Cut weren’t enough, Marvel sweetened the pot by releasing a full hour of Zemo dancing to its YouTube page. Watch it and cure whatever ails you.

Obviously, this is all just Marvel tagging up on a joke that started natively on social media. But if movie and TV studios are going to fiercely guard their IP (as is their right) from appearing in bootleg YouTube cuts, then it’s at least courteous to do the meme work themselves. It’s also worth pointing out that Marvel’s first two Disney+ series are now two for two in producing viral musical content. Case in point:

What a fun little saga we all just had! Let’s enjoy the whimsy before The Falcon and The Winter Soldier reminds us Helmut Zemo is a cold-blooded murderer.