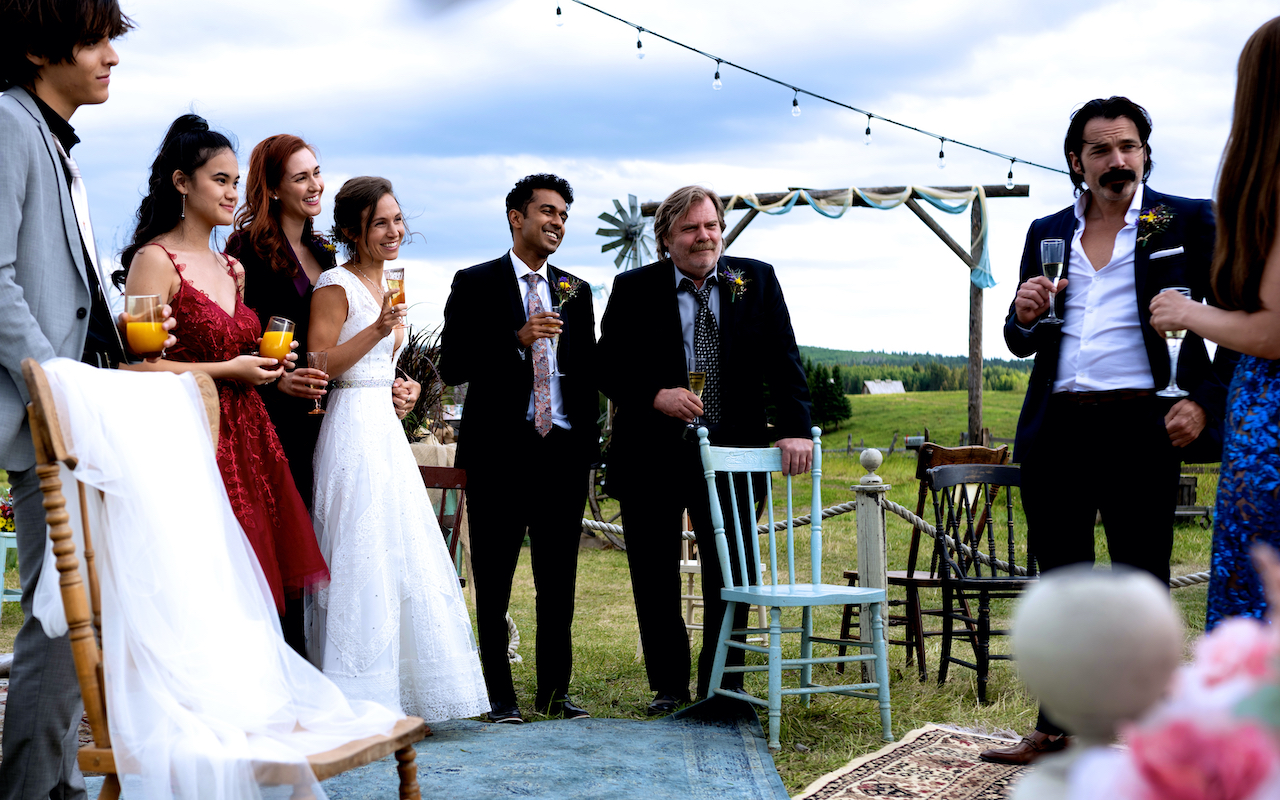 Everyone deserves love. If this ends up being Wynonna Earp‘s final legacy, then it’s a fitting one for a show that moved the needle on queer representation on TV and always had an immense degree of empathy for its characters, even and perhaps especially when those characters got things wrong. In a pop culture that still skews heavily towards glorifying performances of White, male stoicism, Wynonna Earp has always been unapologetic about granting its sloppy, sentimental characters grace.

Messy women don’t often get the benefit of the doubt in culture, popular or otherwise. We’re scorned, doubted, and belittled. Asked to stay quiet, to do the emotional labor for boys and men, and to give our own socialized performance of perfection while we do so. Wynonna Earp doesn’t just make space for the messiness of women; it revels in it. It celebrates it. It has fun with it. Too often, when discussing the need for better representation and inclusivity in our pop culture, we’re given a false binary: that something can either be “politically correct” or it can be fun. This is usually a bad faith argument. Just because something isn’t (fun) for you, doesn’t mean it isn’t (fun) for someone. Wynonna Earp has made its mark by understanding that just because something is pleasurable for women, doesn’t mean it isn’t important—in fact, in a culture and media that so rigidly polices women’s pleasure, that’s exactly why it’s important.

“Everyone deserves love,” Waverly tells silk-witch Brigitte in “Old Souls,” the maybe-finale (🤞) of the series and the definite finale of Season 4, and she may be talking about the murderous jilted bride, but she’s really talking about every character on this batshit wonderful show. Waverly has long been the heart of this series because she’s long been Wynonna’s heart—a manifestation of the goodness of the world Wynonna is tasked with protecting. In “Old Souls,” Waverly asks Wynonna to try to find that goodness in herself (you know, after they successfully murder the haunted wedding dress). Because how exhausting it must be to constantly fight to save a home that you believe you have no place in. “Do you want to go?” Waverly asks Wynonna about Doc’s invitation to travel the country together. “I want to protect you,” Wynonna replies.

If you’ve been socialized as a woman in this society, then odds are you are better at advocating for others than you are at advocating for yourself—you’re better at protecting others than you are at protecting yourself. We’ve seen the toll this mindset has taken on Wynonna, especially this past half-season. She’s bitter, and sad, and oh-so-tired. She’s lonely, too. She’s made a place for herself—alone—in her job as the heir, the protector, because she doesn’t think she has any right to ask for what she wants. No one ever taught her how. Waverly is there to remind Wynonna that she does have a right to ask for what she wants… if she only lets herself believe that she deserves it. So Wynonna stops fighting solely for other people, and she starts fighting for herself too. She lets herself believe that she deserves happiness (spurred on by the support of her loved ones), and she throws on her leather jacket, hops on the back of a motorcycle, and she goes to find it. Because, on Wynonna Earp, everyone deserves love—in whatever form(s) it may take—and that shouldn’t be as goddamn radical as it is, but here we are.

Rachel deserves love. She deserves the space to heal and thrive. She deserves to enjoy being a kid again, after losing her mother and having to fend for herself in a factory full of zombies. After being Nicole’s family for a hard year and a half, dressing in Wynonna’s clothes and trying to distract Nicole from looking towards the horizon for the woman she loves and lost. She deserves to go fishing with Nedley, and to take Billy along too, after fighting so damn hard to remind everyone else to save him. She deserves the chance to prove Wynonna wrong about Purgatory, and what kind of home it can be. She deserves to sing for her family, and to call it what it is: a gift.

Nedley deserves love. He deserves to see Nicole continue to grow into the role he left behind for her, and to walk her down the aisle—because just because he isn’t her biological parent doesn’t mean he isn’t her dad. Nedley deserves to binge-watch Pretty Little Liars and any other “guilty pleasure” TV show he damn well pleases (because it knows there is no such thing as a guilty pleasure—only the things that society tries to shame us for loving). He deserves to run Shorty’s for the business, sure, but really as an excuse to help take care of the town that takes care of him in return.

Jeremy deserves love, even if the show has not always known how to give it to him. (If there is one thing Wynonna Earp has consistently struggled with, it is finding space for its characters of color in a very White world and story.) He deserves a chance to run an institution like Black Badge with community and hope rather than hierarchy and violence (and to maybe find a deeper piece with what happened to Robin). After everything he has lost, I love that—just like Wynonna—when Jeremy meets someone he likes, he is still able to choose vulnerability.

Doc deserves love. He deserved the chance to turn from a cowboy into a cowman—because he took accountability for his actions and strove to be a better human. I love that Doc’s redemption has been found in loving and caring and nurturing (himself and others) rather than in the killing that got him thrown into a well to begin with. I love that this series never believed that, just because Doc was from long ago, he had to be filled with “period appropriate” hate. Instead, it believed that Doc would love as hard any anyone else, and that he would be the one to stand next to Waverly Earp at her wedding. Doc saw the goodness in Wynonna, even when she couldn’t see it in herself, and he also understood that the path to loving ourselves is one we must all take for ourselves. “Yes vengeance drove my thinking—kept my alive, gave me a purpose. But when it was dark and I was scared—and I have been scared for a long time, Wynonna—I mostly thought about love.”

Nicole deserves love. She deserves a chance to be chosen by the home she chose for herself again and again, something she has found with the Earps and in the sheriff’s office. Nicole deserves infinite peace and happiness, even if that isn’t really a thing. After 18 months losing hope, she deserves to wake up to it next to her every morning. She deserves to be at home with her wife, going on all of life’s adventures and holding her hand when the firelight grows dim.

Waverly deserves love, and she is that rare TV character who has almost always understood that. She is a superhero not because of her angel father, but because she has always found a way to be ferociously kind. Waverly Earp is Wynonna’s whole damn heart, and she kept it safe when her sister couldn’t, but that’s no way to live, and Waverly knows that too. “My biggest fear used to be that you’d never come back. That you’d never get to know the real me. But now I know you always will, Wynonna.” Waverly’s greatest wish came true when she got her sister back in the series pilot; everything that’s happened after that has been dreams she never even thought to wish for.

Everybody deserves love. We all deserve to see ourselves represented in the pop culture we love—and not just in sad subplots with tragic endings. (See, other TV shows, it’s actually quite easy not to bury your gays.) If this really is the end, then I think I will remember Wynonna Earp for the way it loves its characters and wants good things for them (even while putting them through tons of delicious angst and misery for narrative purposes). I will remember it for how it unapologetically believes that (queer) women deserve pleasure, deserve fun, deserve messy heroes, deserve love. It’s hard to believe this show has only had four seasons. Its legacy feels so much bigger than that.