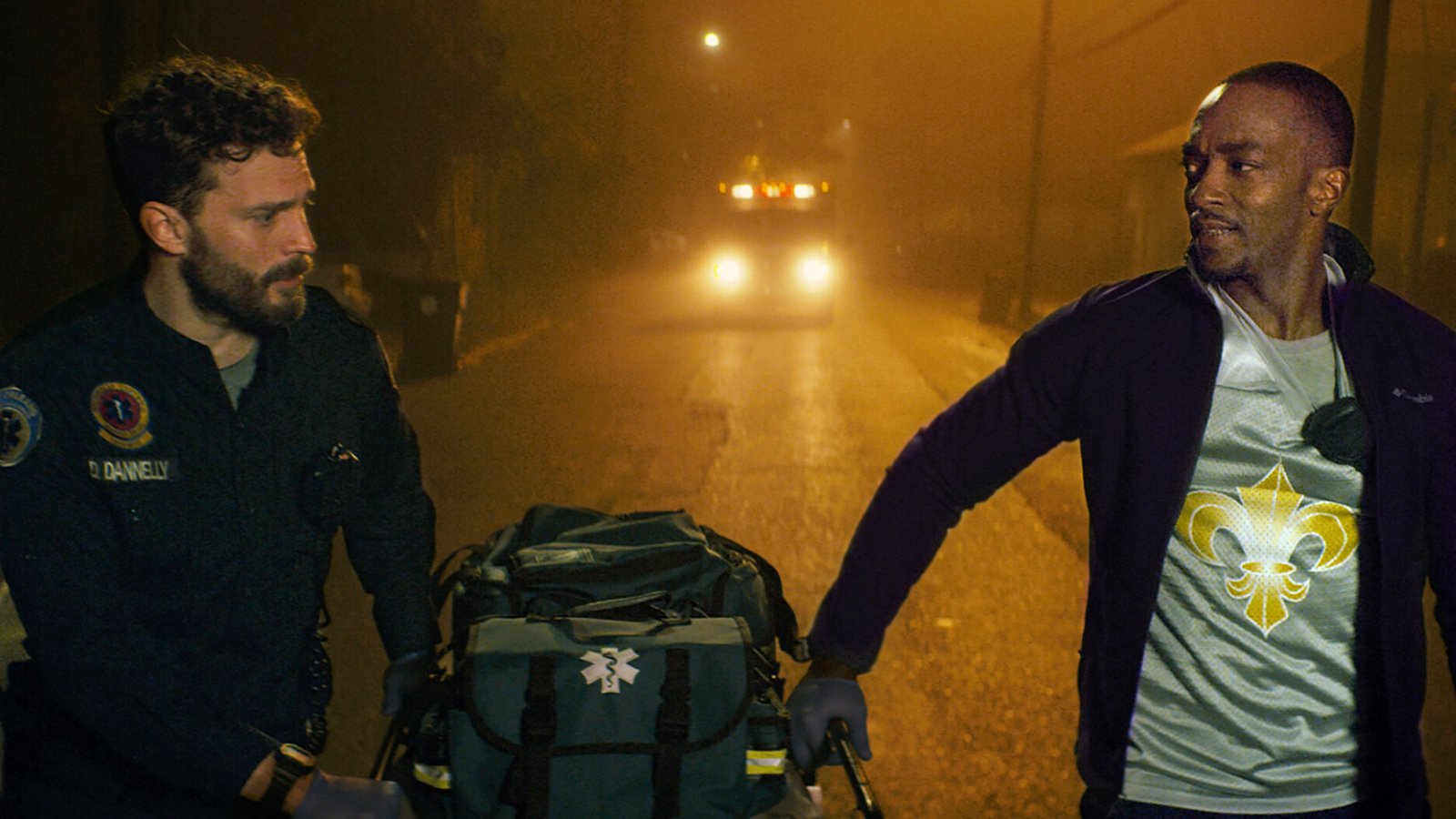 “Time is the school in which we learn / Time is the fire in which we burn,” wrote poet Delmore Schwartz decades ago, and if any genre filmmakers take that couplet to heart, it’s Justin Benson and Aaron Moorhead. The self-contained directing/writing/producing/acting pair have made four feature films to date, each of them dealing in some way with the passage of time, the volatility of memory, and the warping of both.

Their fourth feature, last year’s Synchronic—which makes its Netflix debut this week—is the duo’s most mature, fully developed, and coherent film yet, while also their most polished and accessible in a mainstream sense. It continues the filmmakers’ exploration of the themes they’ve touched on before, but adds a new dimension in terms of the way the story’s main character responds to the choices placed in front of him at the movie’s climax.

On the road to that mind-bending finale, Anthony Mackie stars as Steve, a New Orleans paramedic who works the overnight shift alongside his best friend Dennis (Jamie Dornan). Steve is also close with Dennis’ wife Tara (Katie Aselton) and teen daughter Brianna (Ally Ioannides), despite being resolutely single, perhaps alcoholic and suddenly aware that he has an inoperable brain tumor and six weeks to live.

The two friends begin to respond to a series of bizarre, gruesome incidents at work, discovering —are somehow tied to a new designer drug called Synchronic, which is making its way into parties and drug dens. When Brianna disappears after possibly taking the drug herself, Steve decides to find out exactly where Synchronic comes from and what it does. It’s an investigation that propels Steve on a reality-shattering journey.

As it turns out, Synchronic affects the pineal gland in the brain and allows users to travel backwards in time, but they have no control over where they end up and their destination is only dictated by the place in which they’re physically located when they take the drug. Desperate to find Brianna for his anguished friends before his own time is up, Steve begins to experiment with the drug to see if he can navigate through time, without knowing if he can even bring her back.

Working with bankable Hollywood actors for the first time, the filmmakers address themes here that have cropped up in their films repeatedly, including that of addiction on top of stories about memory and time.

Their earlier films focused on the fool’s pursuit of trying to escape from real life—through drugs, isolation and storytelling as in Resolution, through reckless love in Spring, and through existence in a controlled, unhealthy environment as in The Endless. But Synchronic explores the notion that one can spiritually come back from that sort of doomed escape (even if it involves time travel) by caring less about one’s own impulses than the well-being of those around us.

Nowhere is this clearer than in Steve’s character arc and the way that his journey concludes in the film’s ending. When we first meet Steve, he is dissolute and lonely despite his close relationship with Dennis and family. He drinks, is quite possibly alcoholic, and wanders through a number of pointless one-night stands. He and Dennis, who’s just barely surviving a crumbling marriage, numb themselves to the day-to-day monotony of their lives and the horrors they see on the job. Even the news that Steve may just have a short time left to live because of an inoperable tumor on his pineal gland doesn’t seem to rattle him that much.

It’s only Brianna’s shocking disappearance, combined with the information that his condition may actually make him capable of saving her, which sparks something in Steve. As we learn from the scientist who developed Synchronic, the drug affects perception through the pineal gland, allowing the user to experience time all at once instead of in a linear, forward-moving line. Since our pineal glands age along with the rest of us, it’s more difficult for adults to experience this. They can only travel to the past in a non-corporeal form.

But the younger one is, and the less “calcified” one’s pineal gland is, the more one can actually, physically venture into the past. Ironically, the tumor on Steve’s pineal gland has prevented the organ from aging in the same way, allowing him, even as an adult, to move physically into the past. Brianna has done the same thing but has no way back without another dose of Synchronic.

After buying up the last of the local Synchronic supply and using much of it for his experiments, Steve has just two pills left. He is able to deduce where in the past Brianna went and takes one pill to get there. As long as the person taking the pill is physically holding onto another living thing in the past or present, that living thing, animal or human, can travel with them as well. Steve’s plan is to find Brianna, take the last pill and hold her so that they can both return to the present.

The scheme works at first: Steve finds Brianna, although they appear to have transported to the midst of some kind of Civil War battle zone on the New Orleans waterfront, and gives her the last pill. A local, deranged woman approaches Steve and Brianna with a gun. As Steve moves toward her to protect Brianna, they lose physical contact and Brianna returns to the present, leaving Steve trapped in the past.

We only glimpse Steve one more time, as a “ghost” in the present, but it’s long enough for him to see Dennis and Brianna reunited, and for Dennis to realize the enormity of what his friend has done. With Dr. Kermani having committed suicide after destroying the rest of the remaining drug, there is no way for anyone to journey again to the past and retrieve Steve. And with the latter stuck in a time period and place where it doesn’t look like medical treatments are exactly top-notch, it’s unlikely that he’ll be able to live very long with the tumor still in his head.

But that doesn’t seem very important to Steve when we last see him. While his own life is now forfeit, he has taken action to change the lives of others around him. He has saved Brianna and countless others from the terrifying effects of Synchronic, and he has given Dennis a newfound appreciation for his family that will hopefully bring them back together.

While we ultimately can’t control time—“the fire in which we burn”—and while life is random, dangerous and unkempt no matter where or when we are, it is up to us to take what small actions we can to somehow make existence just a little bit less cruel. Steve has learned that lesson, even at the presumed cost of his own life. How many of us would do the same?

The profound nature of its themes, coupled with the imaginative narrative and unique imagery in which those themes are staged, is what makes Synchronic, in our opinion, one of the best genre films of recent vintage. It’s a cult sci-fi/horror classic that will, if you pardon the expression, stand the test of time.

Synchronic is now streaming on Netflix.