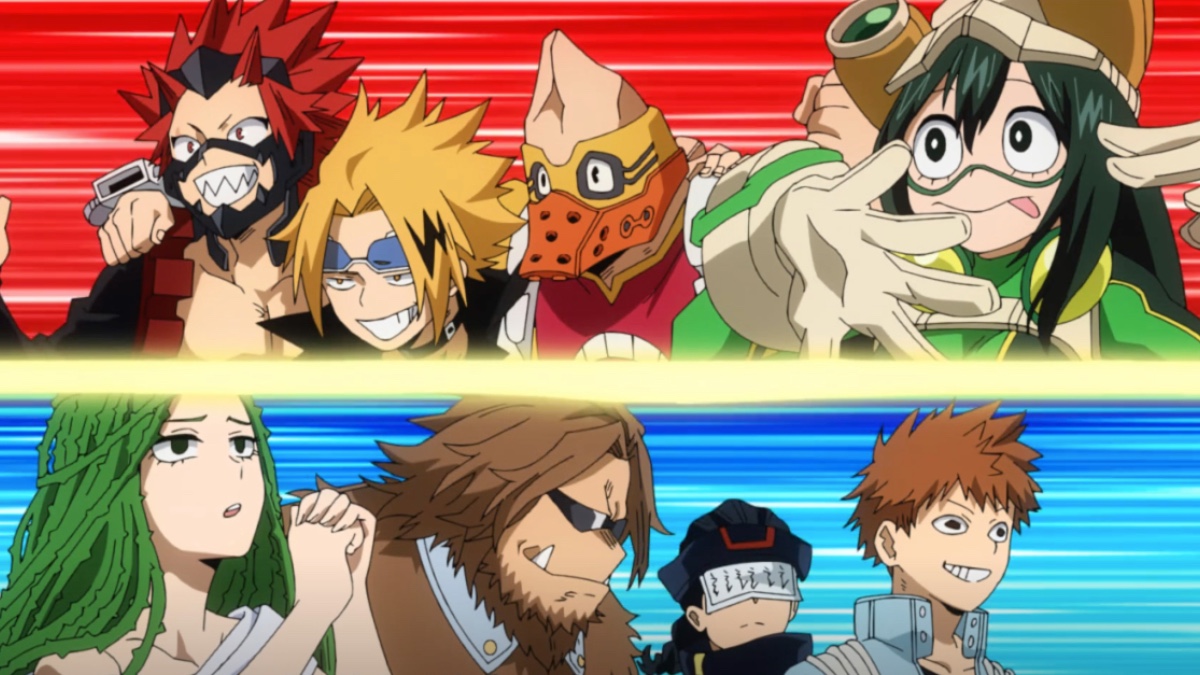 My Hero Academia emphasizes the importance of many different skills when it comes to what’s required to be a hero. There’s plenty of debate over the benefits and disadvantages behind strength, defense, or a unique Quirk, but it’s hard to argue with the essential nature of good communication.

Communication has sunk prominent heroes and villains alike in the past in My Hero Academia and the circumstances behind season five’s Joint Training Arc make this trait paramount. Communication is arguably important in every single episode of the series, but it defines “Make It Happen, Shinso!” because it’s a vital component of Hitoshi Shinso’s Quirk. This episode stresses communication in a physical sense, but also in terms of technology and how to work with a stranger and turn that obstacle into an asset.

The structure and title of “Make It Happen, Shinso!” acts as an obvious indication that this episode is meant to be a Shinso showcase, but it actually highlights his entire team and every hero that’s involved in this introductory battle. A major strength to this episode, as well as likely the next batch of installments, is the element of surprise to all of these Class B conflicts. For the most part, the audience doesn’t know any of these characters’ signature moves or even what their Quirks are in more extreme cases.

My Hero Academia has previously established built-in expectations over how many of its fights will look since it’s spent so much time on the development of its heroes’ Quirks and fighting styles. There’s a real unpredictable energy that drives “Make It Happen, Shinso!” because characters yell out things like “Air Prison!,” which at first means nothing to the audience, but soon turns into an inspiring battle cry to one of these new heroes. This episode doesn’t abuse the enigmatic quality of Class B and there are still rules and limitations that govern this batte and these new abilities even if we’re seeing them for the first time.

“Make It Happen, Shinso!” begins with a brief primer on the basics on how Shinso’s Brainwashing Quirk works and that the target needs to hear his actual voice for it to work. However, Shinso’s new Persona Chords upgrade gives him the luxury to change the sound and tonality of his voice to help fool opponents into giving him a response and becoming his unwilling slave. Shinso properly executes this maneuver on a few occasions when he encounters Class B’s Kosei Tsuburaba and the beastly Juroto Shishida. The danger that Shinso poses takes him out early in the fight, but the disadvantage only becomes an opportunity for Class A to build their bond.

The smartest implementation of Shinso’s Quirk becomes a key ingredient to this battle, but it’s great that My Hero Academia has reached a point where everyone can apply their Quirks in the smartest way possible and it’s far past just a showcase of strength. Kirishima utilizes his hardening abilities to break through Tsuburaba’s Air Prison barriers and it’s exciting to see valuable fighters immediately get taken out of commission because of clever strategies. Class B seems to initially command the advantage, but in a series like this that’s almost a bad thing because of course the tide turns.

A possible setback to the structure of the Joint Training Arc is that it resigns most of the cast into the role of spectators. For the most part this doesn’t give these characters much to do, but there are a few occasions where it allows for some worthwhile material. Midoriya studies these battles and he comes up with the right strategy and how to properly take advantage of each teams’ Quirks.

He’s not involved in these fights, but these are helpful moments where it becomes apparent just how much the character has grown. He’s not viewing these matches as entertainment. They’re teaching tools and learning exercises for him. Shinso is pleased with his victory, but reservations taint it since he needs to rely on others. This only accentuates his desire to become stronger, similarly to the feelings that push Midoriya forward. More parallels between these two continue to present themselves.

Additionally, I love the idea that Ashido, Jiro, and Aoyama have already formed a protest rally “against biased commentary” when it comes to Vlad King from Class B’s running takes on the battles. It’s a very brief gag, but it’s a fun way to involve a bunch of the characters that aren’t actively involved in this episode. It experiments with the inherent conflict that’s presented by pooling Classes 1-A and B together, which is exactly what these episodes should be doing, even when it doesn’t come to combat.

The final act of this battle incorporates everyone and it’s a testament to the power of teamwork, but it’s especially satisfying to see this episode become just as much of a showcase for Tsuyu Asui as it is for Hitoshi Shinso. Asui’s confidence and manipulation of her own Quirk has progressed just as much as what Shinso’s experienced. The most impressive example of this is when Asui makes use of her toxic mucus ability to mask her teammates and mess with Shishida’s finely tuned senses. The episode is full of smart moments like this and Asui is involved in every one of Class A’s victories and it’s exciting that these new episodes are also allowing formerly neglected characters to rise up along with these new contenders.

The events of this tag-team battle leave everyone impressed over Shinso’s powers and ingenuity, but one of the episode’s strongest moments is actually a more quiet moment of reflection from Shinso. He observes his team temporarily falter and understands how important experience and other practical abilities are to be a hero and that it’s an amalgamation of many fundamental skills.

Midoriya notices how Shinso seems like a completely different person thanks to the evolution of his Quirk, but mentally he’s also become a very different, more prepared fighter. Everyone else is already ready to accept him as a hero, but it looks like Hitoshi Shinso is his own harshest critic and that he’ll be the last to accept himself in this light.

“Make It Happen, Shinso!” is My Hero Academia at its most comfortable and this episode prospers from how the groundwork has been laid and it can deliver pure action. Four episodes in, this type of episode is overdue and it allows the chaos of this battle to grow and feature a real arc rather than a priority to move onto the next battle.

It’s unclear if each of these showdowns will have the benefit of an entire episode (or longer) to play out, but it works so well for this opening taste of what’s to come. “Make It Happen, Shinso!” props up both My Hero Academia’s past and its future and allows them to work together to become even better.