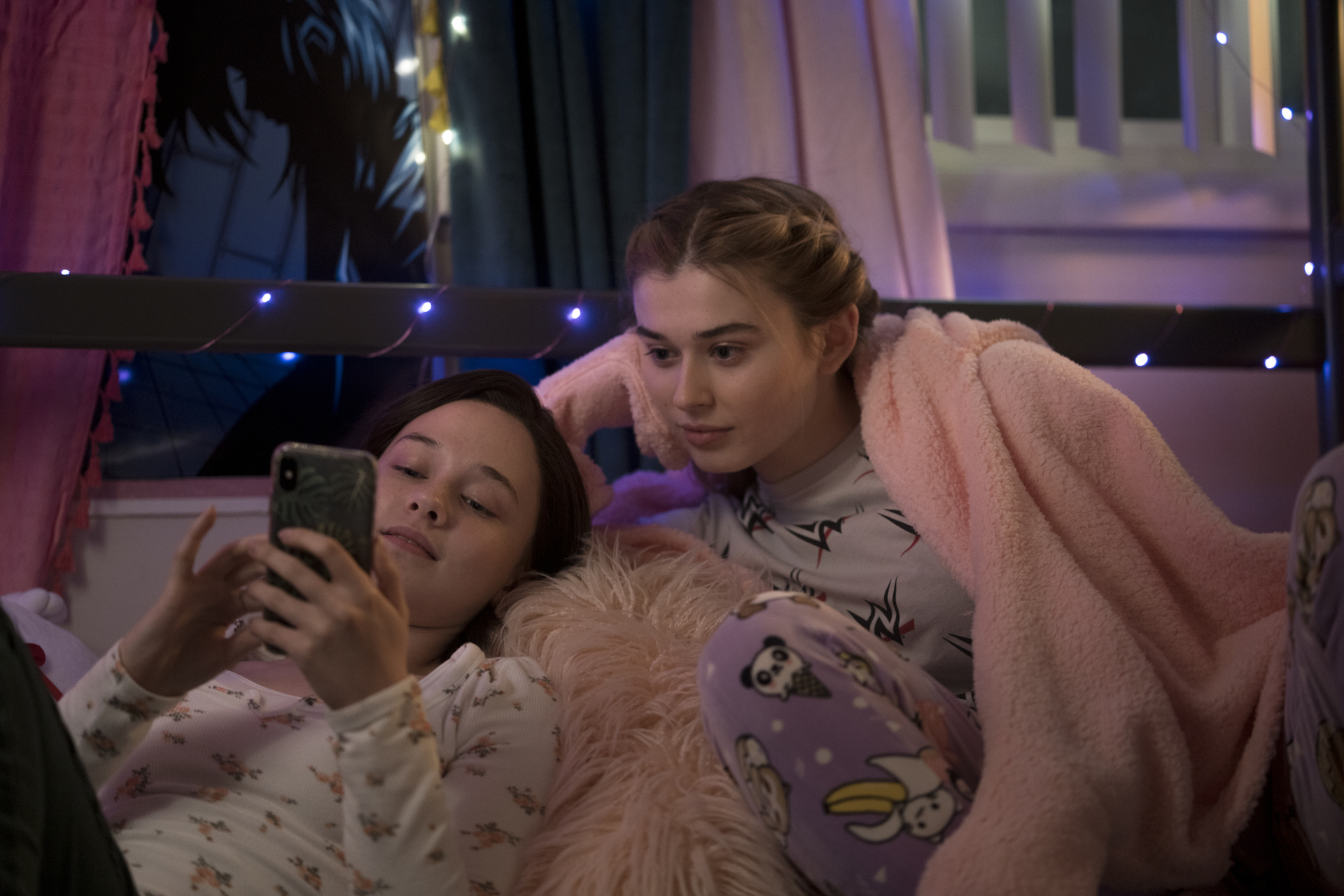 This article contains spoilers for Mare of Easttown episode 1.

There’s a dead body at the end of Mare of Easttown’s first episode. But you already knew that.

Even if you’ve not seen episode 1, “Miss Lady Hawk Herself”, you just intrinsically know that the HBO series starring Kate Winslet as an Eastern Pennsylvanian detective features a murder. That’s because crime dramas on television have developed a consistent, grim rhythm. From Broadchurch to True Detective to beyond, the first episode of any given crime drama will feature the discovery of a dead body.

The body in question will have belonged to a beautiful young person, often a woman, cut down in their prime. Detectives hover around the naked form with the same disappointed curiosity that one does for a cardinal that crashed into a window. Mare of Easttown episode 1 does not feature this exact scene, but it’s sure to come in episode 2 because the series’ first hour concludes with the pale, limp body of Erin McMenamin (identified by her blue fingernail polish) laying in a Chester County creek.

There’s something different about this deathly tableau this time though. The sight of that blue fingernail polish hurts even more because we’ve come to truly care for the person who painted it on. Though Mare of Easttown plays by the crime drama rules and gives the TV gods the spilt young blood they demand, the real tragedy of episode 1 is everything that comes before the murder.

We then get to see Erin prove just how much she loves the wee baby DJ by the absolute day-to-day terror she must deal with to keep him safe and fed. Erin, a teenage mother, has to live with her father, Kenny (who is a huge asshole). She then is forced to hand DJ off to his father Dylan (who is an even bigger asshole). All the while she is tormented by Dylan’s new girlfriend Brianna (unquestionably the biggest asshole). Through it all, Erin must endure the constant high-level anxiety of not knowing how to pay for a crucial procedure that will fix DJ’s frequent ear infections.

Erin is not the kind of character we often get to see on television, because her struggles aren’t particularly sexy. On the contrary, the circumstances of her plight are depressingly normal. There is no drug addiction or death to be found (though Erin’s mom is conspicuously absent), only one ill-conceived night with a local dickhead that unfortunately ended up with a well-conceived pregnancy. That math of her life just simply doesn’t add up. She needs help, but cannot seem to find it.

Mare of Easttown knows that its greatest selling point is its sense of place. That’s why the series’ setting is in its title. It’s why much of the conversation around the project thus far has surrounded Winslet mastering the tremendously rare for television “Delco” accent. Location matters because it makes the characters that much more acute. In Erin’s case, it makes her feel more real and it makes what eventually happens to her all the more devastating.

The most tragic moment of Erin’s arc in episode 1 isn’t her death – it’s what immediately precedes it. It’s one thing for a crime drama to take a young girl’s life. That’s come with the territory. Mare of Easttown sets itself apart by taking that young girl’s hope too.

Throughout “Miss Lady Hawk Herself” Erin makes mention of a nice man she’s talking to online.

“You know what he said to me the other night?” Erin tells her friend. “He said ‘I want you to dance again.’ That seriously like almost made me start to cry. You know how much I miss dancing.”

Erin doesn’t have time to dance. The cruelties of adulthood imposed themselves on her far too young for that. The promise that there could be someone out there could care about her enough that he would move heaven and earth just to see her dance again is intoxicating.

It’s also not real. For when Erin heads to the woods to meet with her romantic hero, she finds out she’s been catfished in the cruelest way imaginable.

“Erin, I want you to dance again,” Brianna mocks, before she and her crew beat the shit out of her for the crime of texting Dylan.

Pop culture has no shortage of awful bullies. In the works of Stephen King, the cruelty of children often far outstrips that of the actual monsters. But something about this moment with Brianna is particularly brutal. It’s damn near surgical in its malevolence. Erin didn’t ask for the world. She just wanted to dance, man. The world responded with a literal fist to her face.

Mare of Easttown’s sense of place is an acknowledgement that Erins in Easttowns across the world struggle in silence every day. And we only have to pay attention when one turns up dead.