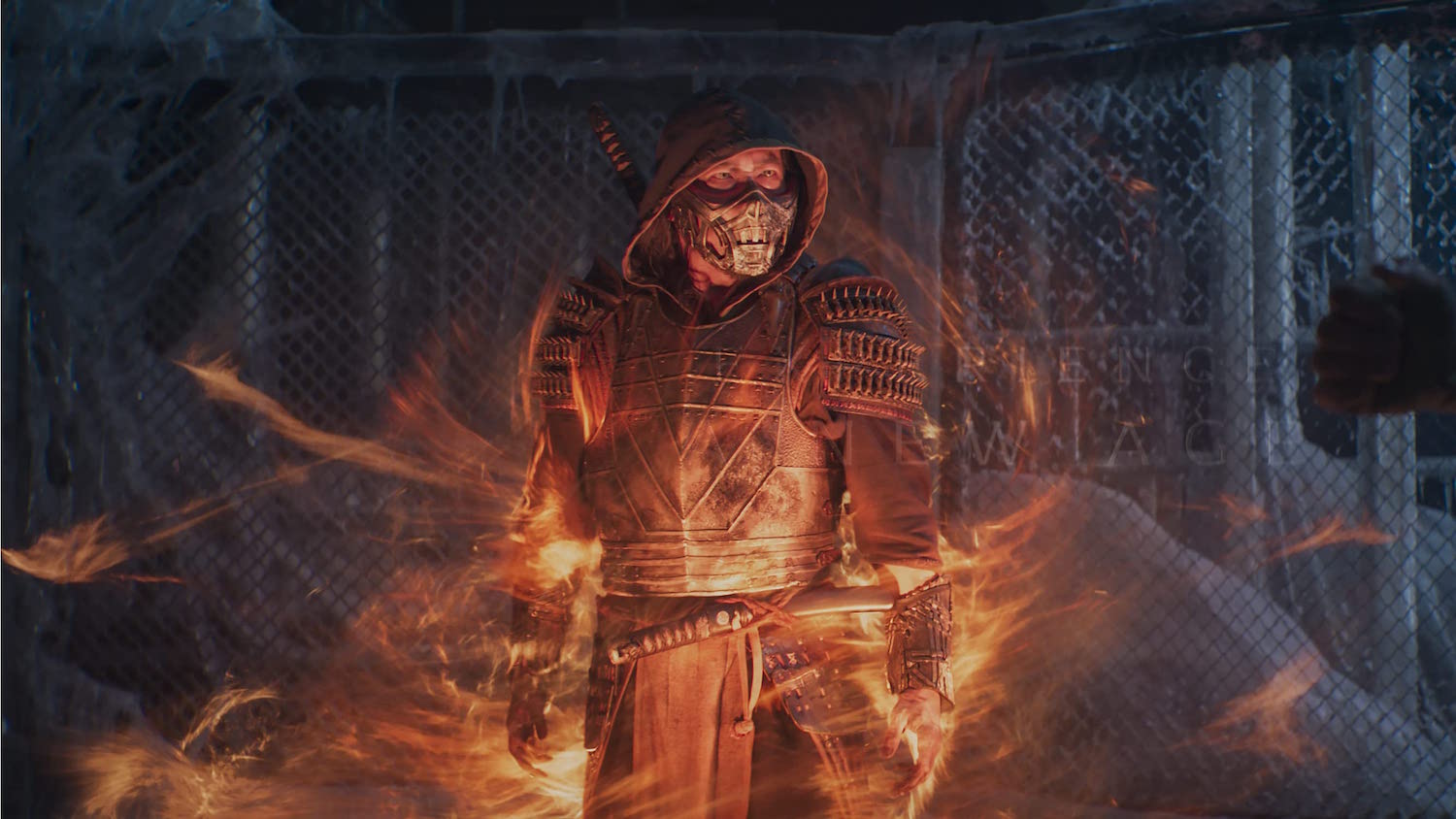 Warner Bros. and director Simon McQuoid pull off a daring, high-wire balancing act (above a pit of spikes, no less) with their big screen take on Mortal Kombat. That is to say, it’s incredibly difficult to make a good, entertaining movie that stands on its own while at the same time remains faithful to source material with a rich, extensive history and passionate fanbase. Plus, it’s a video game movie.

Yet 2021’s Mortal Kombat is both a loving homage to the blood-soaked arcade classics that started it all and a savage, devilishly fun martial arts flick. The film is actually so effective in the latter regard that it transcends the “video game movie” category completely and should in all likelihood attract an audience of people who have never even played the games. McQuoid takes the complex canon and iconic characters from the games and presents them in a way that respects the original designs to the highest degree but makes clear that this is a new take on the story that has its own voice.

This interpretation of Mortal Kombat opens with a fateful encounter between the Chinese Lin Kuei clan’s Bi-Han, aka Sub-Zero (Joe Taslim), and the Japanese Shirai Ryu clan’s Hanzo Hasashi, aka Scorpion (Hiroyuki Sanada), whose family is murdered by his cold-blooded arch-nemesis. The battle is gruesome and conveys straight away that the film will indeed depict hard-R violence. Heads are impaled, necks are snapped, guts go flying… yeah, this is Mortal Kombat alright.

But what feels new here is the level of emotionality that’s built into the hyper-violence. The scene is an origin story of sorts for Scorpion, and the rage that he unleashes comes from a visceral place that is easy to understand on a human level. This fixation on the human element permeates the rest of the movie and gives the action dimension without weighing down the proceedings.

The majority of the story revolves around a new character, Cole Young (Lewis Tan), an amateur MMA fighter and family man who gets swept up in a supernatural war of the worlds when he’s informed by special ops badass Jax (Mehcad Brooks) that he’s been chosen as one of Earth’s champions to face the challengers of Outworld in an interdimensional fight for survival and dominance. He’s shocked, hilariously, to learn that the dragon-shaped “birthmark” on his chest is actually a brand given to anointed champions of Earth.

The movie introduces a lot of the classic characters from the games in the context of recruitment for the impending tournament, and it’s impressive that the filmmakers were able to incorporate such a wide variety of characters and still keep the story coherent, especially for a movie that clocks in at just 1 hour 50 minutes.

Each character gets at least a few minutes of shine, and some make bigger impressions than others. Kano is the clear standout, with Lawson offering up some genuinely funny banter and one-liners throughout. He truly steals the show. And while he’s essentially only seen in an epic one-on-one with Cole, Goro is absolutely spectacular-looking and is one of the highlights of the movie. Other characters like Liu Kang, Kung Lao, and Mileena, feel underserved. One even wonders if the story would’ve worked better as a limited series, giving the minor characters more room to breathe.

While some of the characters are less compelling than others, the good news is that they all look terrific. The designs stay completely faithful to the games while also making the characters look embedded in reality and not at all cartoonish. And in a greater sense, the movie captures the ethereal brutality of the games’ environments (some classic levels make fun cameos) but renders them in a way that looks tactile and believable.

Still, Mortal Kombat’s bread and butter is, of course, the combat, and in this respect the movie over-delivers. The intricately choreographed hand-to-hand fight scenes are at times breathtakingly good (the standoffs between Scorpion and Sub-Zero that bookend the movie are freaking unbelievable). The cast is stacked with experienced martial artists, and all of the physicality looks as legit as it gets. The more supernatural encounters look equally amazing: From Kano’s laser eye to Sonya’s pulse rings, to Sub-Zero’s ice storms, all of the visual effects-based action looks incredibly cool and is integrated perfectly into the martial arts choreography.

As for the level of violence, it’s certainly gory and visceral, and worthy of the Mortal Kombat moniker. Several classic fatalities from the games are rendered in blood-splattered, big budget glory (Kung Lao’s hat gets the spotlight it rightfully deserves), and like the games, the movie’s sense of humor tempers the violence perfectly. Bloodthirsty fans won’t be disappointed.

The most impressive thing about McQuoid’s version of Mortal Kombat though is its tone. The drama and levity balance out nicely, with Cole’s commitment to his family acting as the emotional anchor and Kano’s blather acting as the comic relief. All of the cinematic and narrative elements just gel, which frees the audience up to simply have fun and enjoy the proceedings.

Mortal Kombat stands on its own as an excellent martial arts movie, period. It’s a wildly entertaining ride from beginning to end, and newcomers should have no issue diving into the wicked world Ed Boon and John Tobias created back in 1992. But the movie is also a lovingly crafted homage to the games that’s full of fan service that somehow doesn’t cheapen Cole’s story, which is always the going concern.

The movie is clearly designed to be the launching pad for a larger universe of films, and with several fan-favorite characters missing from the initial lineup (Johnny Cage, Baraka, Shao Kahn, among others), a sequel or two is surely on the horizon.