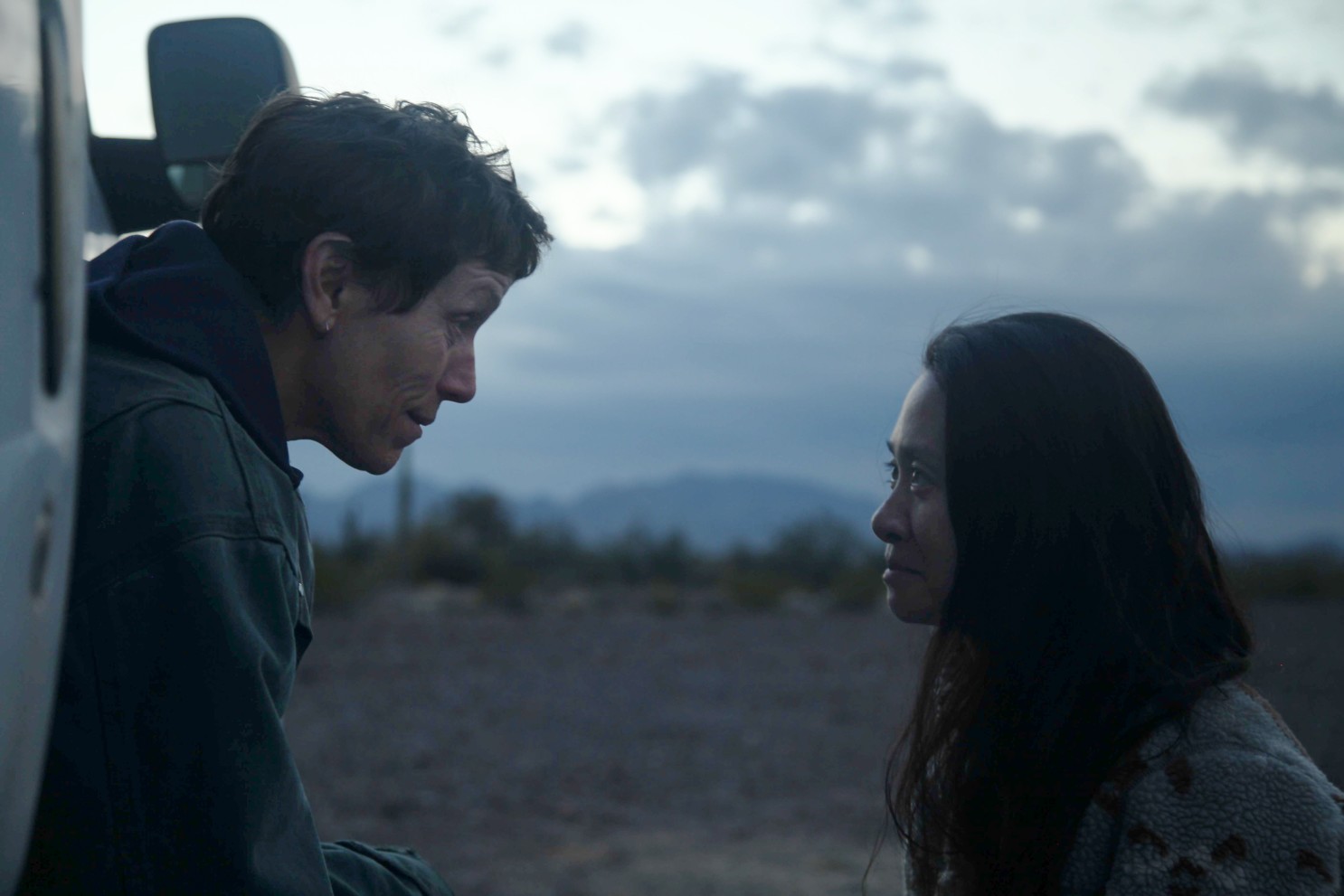 Chloé Zhao made history tonight by becoming the first woman of color to win a Best Director Oscar, as well as only the second female filmmaker to take that prize. Recognized for her work writing and directing Nomadland, a meditative drama about an older woman named Fern (Frances McDormand) who travels the American West in a van she also lives in, Zhao made history when she took the stage. And, fittingly, Zhao used her acceptance speech to talk about a shared goodness she’s seen from people in all walks of life and in all corners of the earth.

In addition to becoming the first ever woman of color to win a Best Director Oscar, Zhao is also only the second woman ever to take home the award after Kathryn Bigelow won the same prize for The Hurt Locker in 2010. This year’s Academy Awards also marked the first time two women were nominated in the Best Director category, as Emerald Fennell was also nominated for her work on Promising Young Woman.

I’s similarly worth noting that Zhao is one of the few people of color to win in this category overall, following previous wins in recent years for Mexican directors Alejandro G. Iñárritu (Birdman and The Revenant) Alfonso Cuarón (Gravity and Roma), and Guillermo del Toro (The Shape of Water), as well as Taiwanese director Ang Lee (Brokeback Mountain and Life of Pi) and Korean filmmaker Bong Joon-ho (Parasite).

Notably, every person of color who has won the Best Director award has either been international or internationally born, including Chinese-American Zhao, who grew up in Beijing before attending boarding school in the UK and finishing her high school education in California. She later attended Mount Holyoke College (#MountHolyokeForeverShallBe) and then NYU’s Tisch School of the Arts. This is not to say that each win isn’t commendable and well-earned, but that the systemic inequalities that make it hard for people of color to break into Hollywood remain intersectional. Gender, class, and skin color are only a few of the many intersections that impact who gets opportunities to tell our most influential stories. Consider that Spike Lee has only been nominated once for Best Director.

Zhao’s win is worthy of celebration and there is a lot more work to do.

Also strikingly, Zhao’s next film will be Marvel’s Eternals, which is slated for a November 2021 release. This makes Zhao the first director of a Marvel Studios film to win an Oscar, albeit after her Marvel movie is already in the can. It likewise raises the question that, should Eternals get a sequel, and if Zhao returned to the director’s chair for it, would she may have more clout or creative control?

Typically, Marvel has avoided working with directors thought to be auteurs or with a well-recognized body of work. Instead the studio tends to prefer young filmmakers from the independent world or television, looking to breakthrough in Hollywood cinema (Zhao’s previous work includes indie darlings like The Rider). In fact, the only other Marvel director to be nominated for a Best Director Oscar is Kenneth Branagh, and he helmed the first Thor in 2011 before Marvel Studios had fully established its template.

It will be curious to see how this might affect Zhao’s relationship with Marvel and the studios that greenlight blockbusters throughout the industry going forward.

Nomadland is based on the 2017 non-fiction book Nomadland: Surviving America in the 21st Century by Jessica Bruder, and employs many documentary-style techniques, including casting a number of real people to plays fictionalized versions of themselves, to tell its story about those left behind by the failures of capitalism in 21st century America. With a setting in 2010, during the midpoint of the Great Recession, the film tracks with surprising warmth the American Nomad movement, a community of folks who’ve reinvented their lives on the road and in the wild.