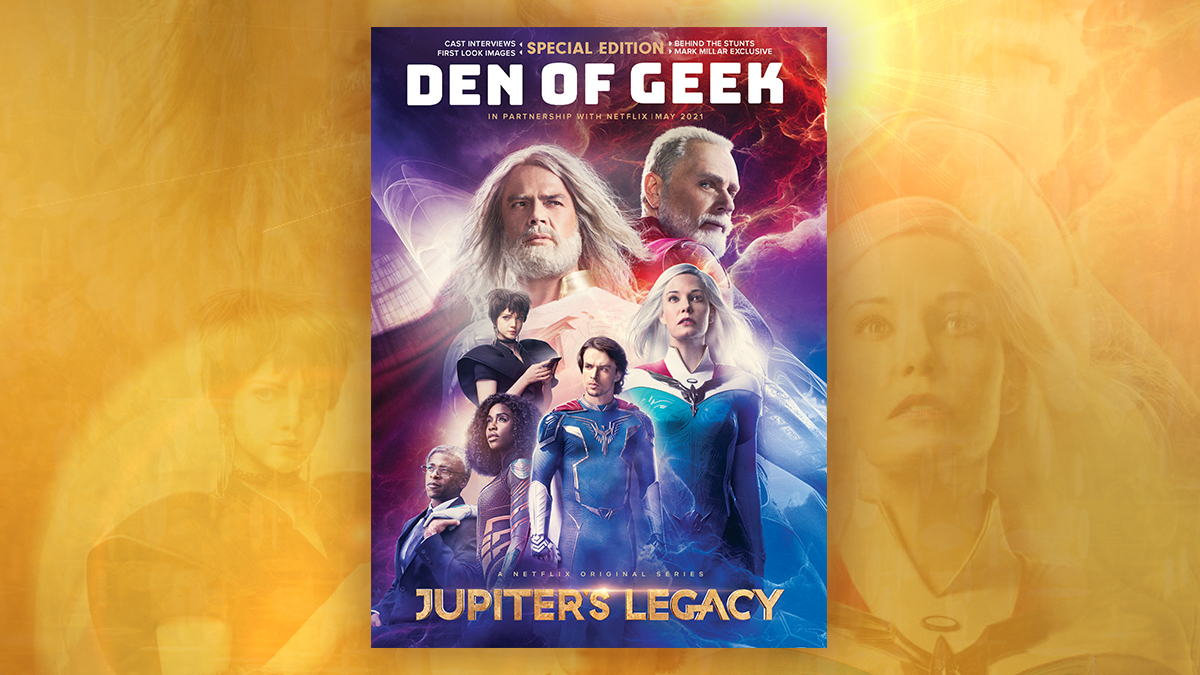 This article is presented by Netflix.

By now, you probably already know that we have a quarterly print magazine. A quarterly print mag that has a new issue dropping on April 27 with an action-packed and star-studded The Suicide Squad cover story. But did you know that our subscribers and the thousands of fans picking up Den of Geek in one of the 106 independent comic shops across the United States will also get a bonus issue of Den of Geek, polybagged with our regular issue?

It’s true! In paid partnership with Netflix, we’re also taking you behind-the-scenes of Jupiter’s Legacy in a special 32-page magazine that gives you an insider’s look at your next streaming superhero TV obsession. Den of Geek Special Edition: Jupiter’s Legacy is an “everything you need to know” guide to this massive superhero epic, tracing its life from its genesis as a comic book by Mark Millar and Frank Quitely all the way to live action on Netflix. It’s packed with exclusive interviews with the cast and creators (including an opening letter from Mark Millar), detailed looks at the costume designs, and even a look at just what it takes to make superhero quality stunts and fights happen in live action.

Here’s what’s contained in these pages:

The Genesis of Jupiter’s Legacy

Mark Millar tells us about the journey of Jupiter’s Legacy, from its genesis on the page at Image Comics, the larger themes and influences that inform the work, and what it took to adapt it for the screen with Netflix.

We spoke with costume designer Lizz Wolf and Jupiter’s Legacy co-creator Frank Quitely about the visual inspirations for the superhero costumes, and what it took to translate them to the screen. How did “sacred geometry” play a role? You’ll have to read and find out.

Need to get up to speed on the 90-year history of the Union? We present a visual guide to the heroes of Jupiter’s Legacy. Pairing vital statistics like powers and abilities with interviews with each member of the cast:

Special note – the full length versions of these exclusive cast interviews will be available online and only at Den of Geek!

You can view the full digital edition below!

Jupiter’s Legacy premieres on Netflix on May 7.