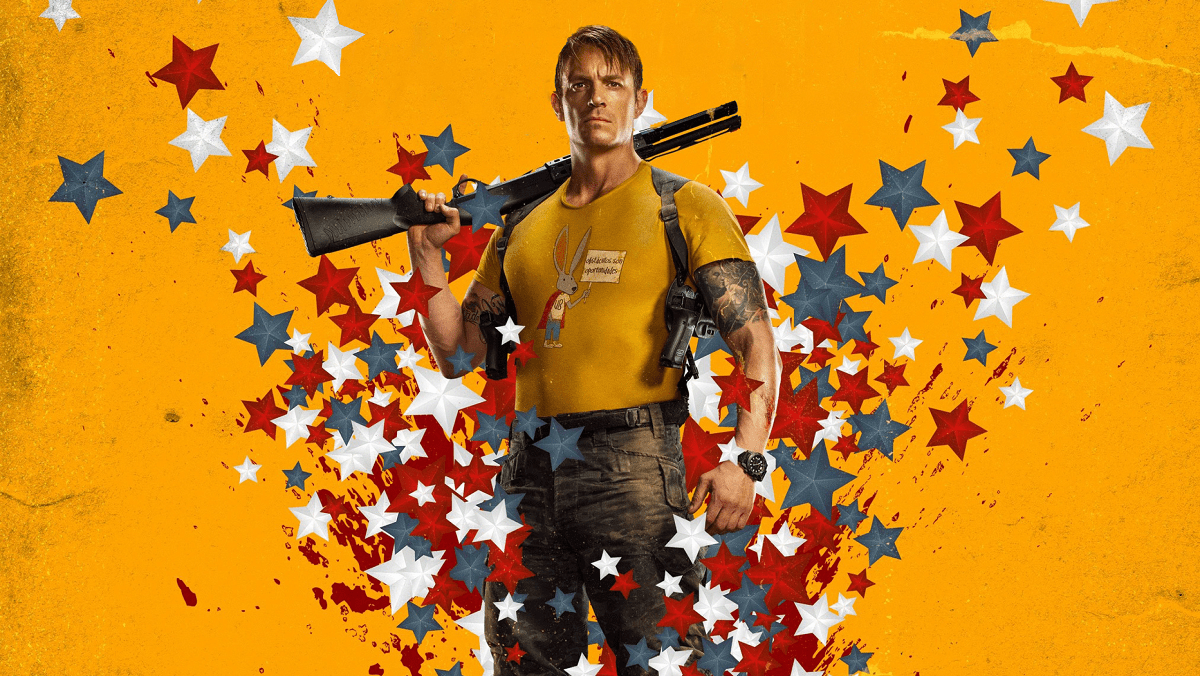 Joel Kinnaman has been on a hot streak since 2016’s Suicide Squad. He’s become a stalwart sci-fi action leading man, headlining the Netflix adaptation of Altered Carbon, Amazon Prime’s Hanna, and most recently, winning raves as For All Mankind’s Edward Baldwin. But all that time, Rick Flag was still hanging around, waiting for Kinnaman to come back. And with James Gunn taking the reins of the new sequel, The Suicide Squad, Kinnaman jumped at the chance to rejoin the Squad.

Playing one of only four returning characters, one would think that Joel Kinnaman would be carrying some benefits and some baggage into The Suicide Squad. As it turns out, that’s half right: as Kinnaman tells us in an interview, the camaraderie and chemistry with his returning castmates is there, but any baggage of carrying the first movie’s “plot donkey” forward was completely lifted from him by the new director’s tone and style.

What was your journey with Rick Flag like between when the first film came out and when this one started shooting?

It was in this sort of no man’s land in a way. The first film was a big financial success, but I think we all agreed that the end result didn’t really add up to what we had hoped and set out to do.  This went through a couple of other directors that were interested in taking it on. But when James Gunn came on board, it got really real, real quick, and everyone realized what a great opportunity this was.

When I read James’ first draft…it just had everything that we always hoped that this franchise would be. It really had a sincere love for the characters, and it found some odd emotional depth in it. But at the same time, it was just really funny and silly. Every page made me laugh.

I felt maybe on the first movie, I was a little bit of a plot donkey. And here, it’s a much looser, stranger, funnier version of Rick Flag. The first conversations I had with James were how I didn’t really feel like I wanted to be constrained by what I did in the first film. I wanted to go at this almost looking at it as a new character. He was all for that.

What do you see as Rick’s core as a character?

You’re no stranger to action or science fiction, but how were those elements different in this film than the first, or other stuff that you’ve done?

The scale on this is just on another level. Because it’s so heavily R-rated, you’re completely free to do whatever and say whatever you want. It just gives you complete free rein to explore this. It really is like a war movie at its center, with so much ridiculous silliness in the middle of all that. And then John Cena has a silver toilet seat on his head throughout the whole film, so you’re balancing a lot of different elements here.

Who in the cast do you feel brought out the best in you as a performer when you were working with them?

I definitely had some heavy stuff with John. That was really fun, and I loved his perverted mind at work. Everyone in this movie is fantastic. David Dastmalchian (Polka-Dot Man) is a remarkable actor and he taps into my Swedish sense of humor, where it’s all a little suicidal. It’s just the comedy of some really depressed, depraved person. Idris Elba is a phenomenal actor. Me and Margot Robbie always have fun. And also, Steve Agee, who played the physical aspect of King Shark.

It’s a very rich cast. Everyone brought something, and it was very high level. Me, Idris, and Margot would talk, because I think we’re actors who come more from a dramatic corner of our profession, and we were paired with a lot of actors who maybe come more from the comedic side. It was a beautiful marriage.

I’ve never been asked to say things that ridiculous before, and I realized how difficult it can be. They make it look so easy. It’s really a very advanced art form…even more so being the straight man. It takes a lot of work just dialing that timing in, and it’s really helpful to be around these great comedic actors, but then also to have a director who has such a finely attuned sense of it.

Who was the funniest person on set?

I think it was clearly John. He kicked it up to another level. He’s a fucking comedic genius. He’s really funny and just the nicest guy.

James has said that the action in this movie is going to rely a lot on practical effects. Did you have any particularly challenging moments? How much gore were you covered in during the shooting?

There was quite a bit of gore, but then we also had these little, sort of Saving Private Ryan beach sequences, where it’s a full-on war, with shit blowing up left and right and we’re running through it. I haven’t really done that on that scale with that many extras before. When James said that he was making it a war movie, I didn’t really think he actually meant a war movie, so that was pretty cool.

Were you relieved to know that your costume was a lot less intricate than some of your costars?

Yeah. My makeup times were very easy. I’d pop in, and it probably took me like five minutes in makeup and costume. Margot’s just sitting there for two hours, with full body makeup. I’m shooting For All Mankind right now. In that one, I’m now feeling the three-hour makeup in the morning pain. So I’m paying it back on For All Mankind.

Which members of the Squad are Rick closest to in the film? And who gets on his nerves the most?

Well, actually in this one, Flag and Harley have become much closer, as you’ll see…and also with Captain Boomerang. They’re sort of like, OG Squad members now. I think everyone else, he’s constantly very suspicious of.

The Suicide Squad opens on Aug. 6 in theaters and HBO Max.

Check out more on The Suicide Squad in the latest issue of Den of Geek!