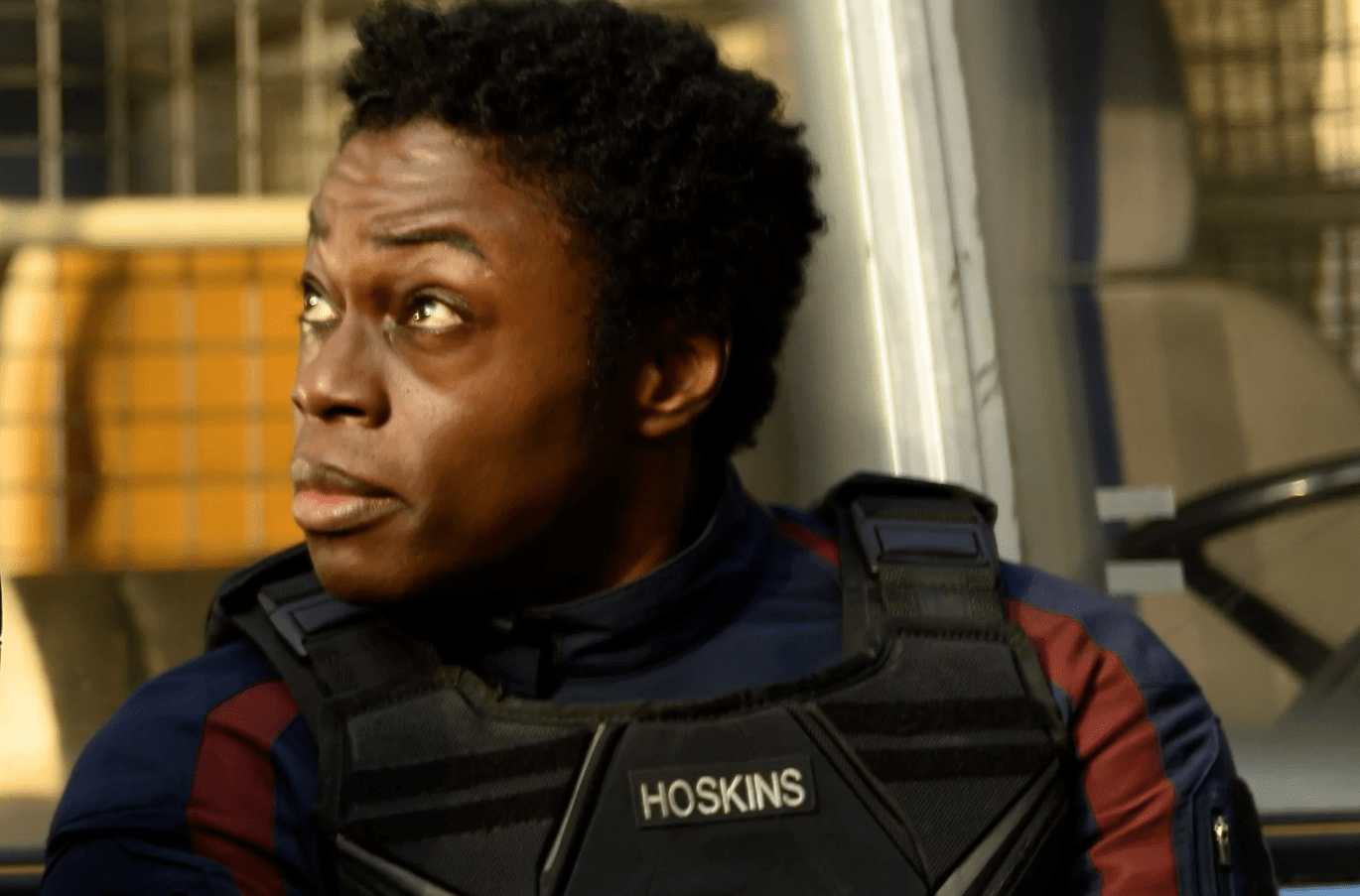 The head writer of The Falcon and the Winter Soldier explains the reasoning behind Lemar Hoskins’ fate in the show.

“In The Falcon and the Winter Soldier’s fourth episode, the titular pair of former Avengers are on a mission to stop Karli Morgenthau (Erin Kellyman) and her fellow Flag-Smashers. The group’s ill-defined plan puts them at odds with John Walker (Wyatt Russell), the U.S. government’s newly christened Captain America, and his fellow soldier, Lemar Hoskins (Clé Bennett). Head writer Malcolm Spellman recently discussed the implications of their big fight.”

On National Superhero Day, let’s take a look at the various phones of some of pop culture’s favorite superheroes.

“In comic books, telepathy is commonplace. In superhero TV shows and movies, heroes are more likely to whip out a phone. And it’s often not a high-tech, imaginary phone, but one that really exists. The reason, of course: product placement. Partnerships between filmmakers and phone manufacturers have become so common in the industry that it’s amazing when a movie isn’t used to sell a phone—or when the notion is subverted, like when Runaways turned a phone that flopped into an emblem of evil.”

This rare behind-the-scenes footage of Stanley Kubrick’s The Shining gives us a glimpse of what the mysterious production was like.

“As is the case with many horror movies, Stanley Kubrick’s production of The Shining (1980) has gained an infamous reputation. The combination of the legendary director’s unique working style and the eerie source material has made the film the subject of many rumors. Though some aspects of how The Shining was made will likely remain a mystery, behind-the-scenes footage gives us an idea of what life was like on set.”

The new Sony-Disney streaming deal will all but secure the place of Tom Holland’s Spider-Man in the Marvel Cinematic Universe.

“It wasn’t long ago that Disney and Sony terrified Marvel fans everywhere with their very public spat over the Spider-Man franchise. Nearly two years later, the once-warring Hollywood giants seem friendlier than ever. That new camaraderie comes courtesy of an unprecedented streaming agreement, one that will see Sony’s Spider-Man eventually swing onto Disney+ alongside the rest of the Marvel Cinematic Universe movies.”

Are you a non-Brit with Netflix? Check out the best British TV shows the streaming service has to offer.

“In recent years, fans of British television have been in luck: Thanks to Netflix’s partnerships with BBC, Channel 4, and other production studios, it’s been able to license and co-produce more than a handful of series, bringing them accessibly stateside for the first time. There’s a little something for everyone: Not only does Netflix have the rights to quite a few classic procedurals, there are a lot of sitcoms flaunting their absurd British humor in the mix too.”

Three characters known as The Crows are arguably the best part about Netflix’s hot new drama series Shadow and Bone.

“Kaz, Inej, and Jesper are the best part of Netflix’s Shadow and Bone. I said, what I said. Seriously, even Ben Barnes and his beard can’t compete with how great The Crows are or how they enrich this show in so many fascinating ways. That’s why I’m starting off by reading Six of Crows by Leigh Bardugo before I read any of the other books in her ‘Grishaverse’ that it and Shadow and Bone are part of.”