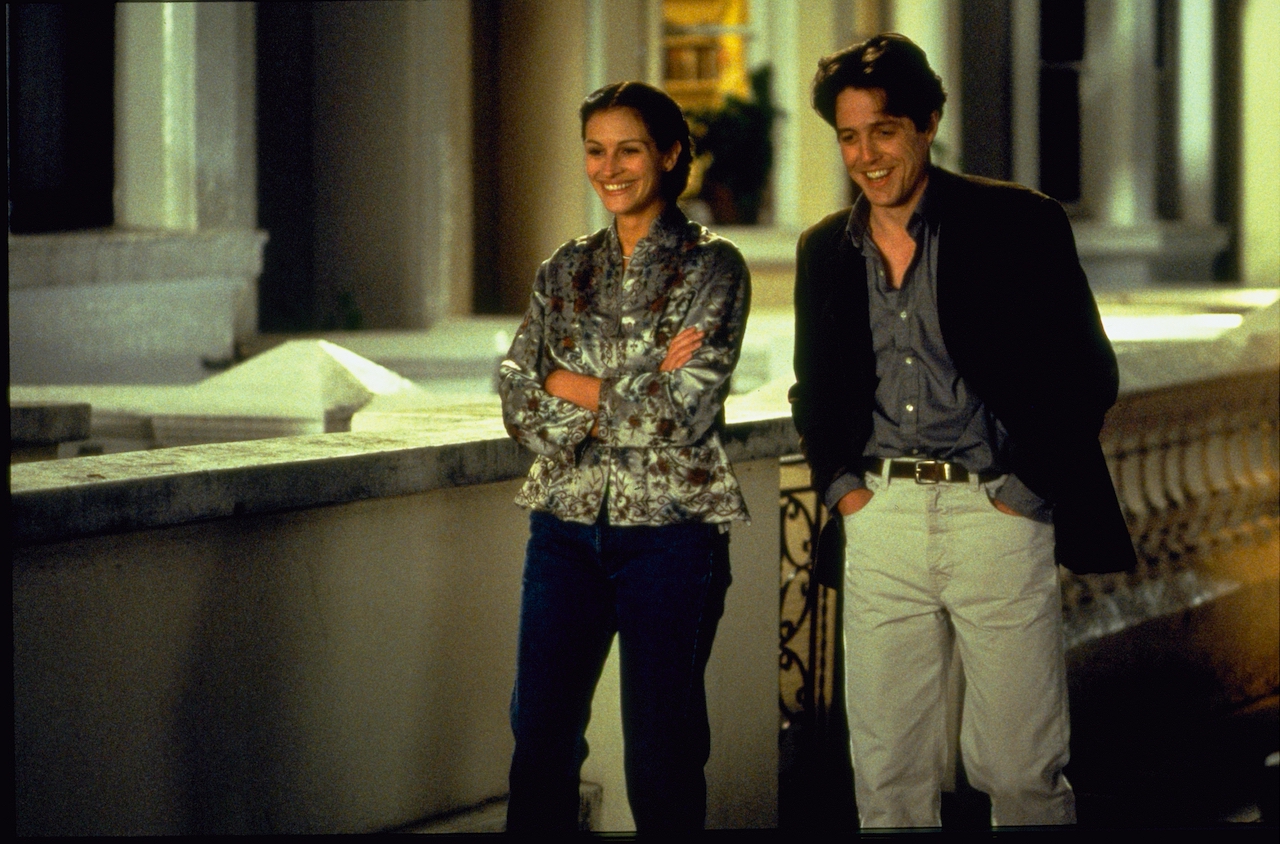 Notting Hill, the Richard Curtis-penned film about a “normal” British bloke (played by Paddington 2‘s Hugh Grant) who falls in love with the most famous actress in the world (Julia Roberts), became the highest-grossing British film of all time when it premiered in 1999. And it has been inspiring casual conspiracy theories about who it might be based on ever since. Because, yes, according to Grant, Notting Hill does have a foundation in reality.

“This is a story he won’t admit to,” Grant told E! (via E!Online), “but [Richard has] told me in a drunken moment. A friend of his—an ordinary, normal guy—was in Harrods one day and met a very famous woman and ended up taking her back to his flat in Notting Hill—and all kinds of nonsense ensued. And they used to meet up, whenever she came to London their affair would reactivate itself—and that was the genesis of his script. But he’s so scared of people finding out who this very famous person was that he won’t tell anyone that story.”

Grant can probably get away with totally blowing up Curtis’ spot. The actor has collaborated with the writer-director on some of the biggest hits of both of their careers, including Four Weddings and a Funeral and Love Actually. But who could the story be about? One Guardian writer theorized back in 2006 that Notting Hill could be based on the relationship between Madonna, one of the most famous pop stars of all time, and British film director Guy Ritchie. The two married in 2000 after (and would divorce eight years later), which certainly fits the timeline, but I wouldn’t exactly call Ritchie “an ordinary, normal guy,” so that theory seems suspect, especially since Grant described this is as a more casual, low-key relationship.

Meanwhile, Curtis is keeping mum on who the story might be based on. When talking about his inspiration for the film, he references not people but music.

“There’s a version of ‘Downtown Train’ by Tom Waits performed by Everything But The Girl and when I was writing Notting Hill, that was all I listened to,” Curtis told the Gloucester Echo (via NME) in 2014.

Curtis seems to draw a lot of inspiration from music when writing. Speaking more broadly about song as script inspiration, he continued, “What you are doing is hoping by telling a story and arranging a certain sequence of events that [in] some particular moment you will be able to reach the thing a song does in three minutes. To take a very trite example, the Mariah Carey song, ‘All I Want For Christmas Is You’ seems to me to completely say how you want to feel about how extraordinary Christmas is. In a way, Love Actually was also a stab at trying to be as good as Mariah… I failed!”

Likely, we’ll never know which famous and not-famous person inspired the story of Notting Hill, and isn’t that how it should be? While Notting Hill is primarily a love story, it’s also an exploration of celebrity. Anna and Will’s romance is complicated by Anna’s stardom, specifically by the public image she feels she needs to maintain in order to continue to have a successful career, which is tied up with what the public thinks she owes them, as depicted by the paparazzi who blow up one of Will and Anna’s intimate moments.

While I’m not looking to spend a huge amount of time bemoaning the struggles of the rich and the famous, famous people don’t owe us insight into their private lives. Odds are, the real-life Will and Anna fizzled out years ago, but, even if they didn’t, it’s none of our business.