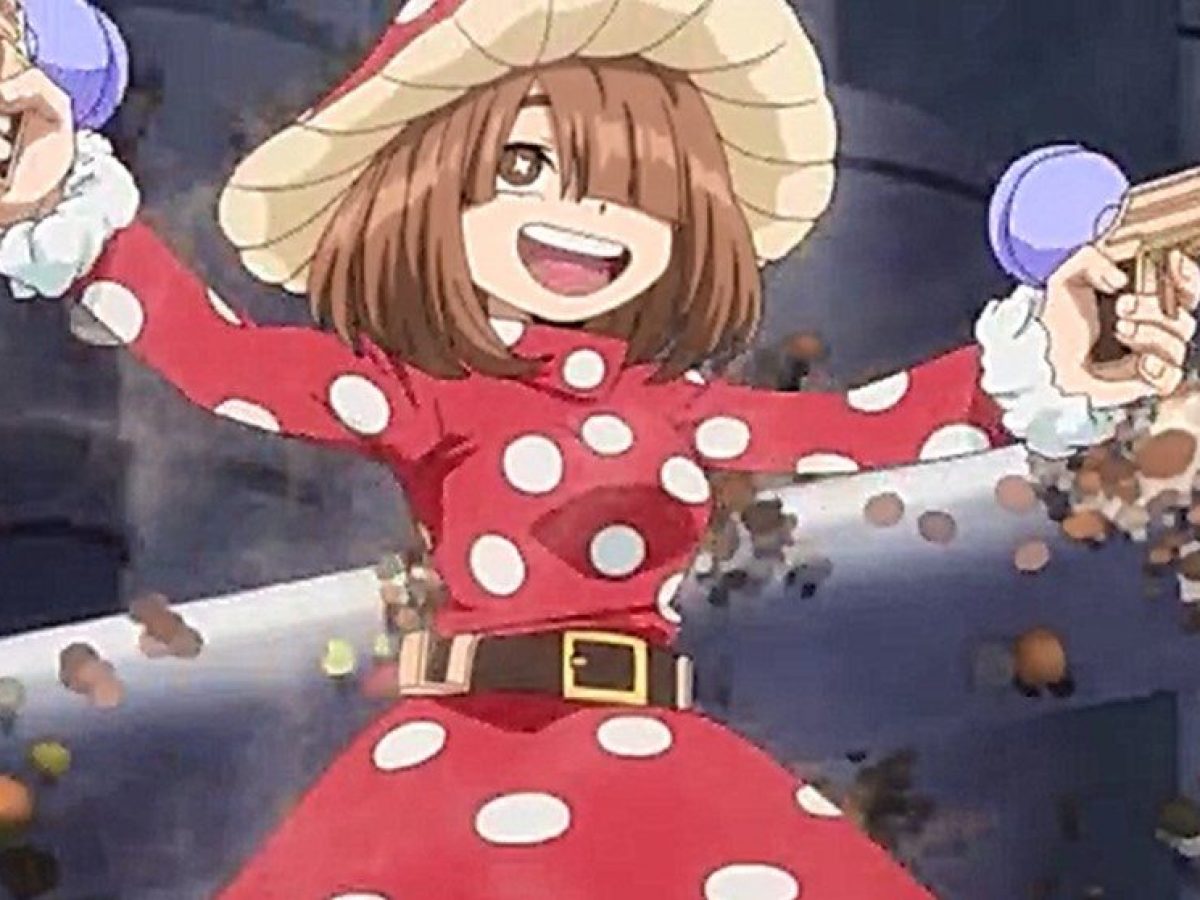 “It takes time to create something big…”

Imposter syndrome is a real condition that takes over people and it seems like it’d be incredibly prevalent in a world like My Hero Academia where the population is conditioned to become heroes from a young age. My Hero Academia frequently shows characters grow stronger, but it’s not often that it dwells on their inner turmoil on whether they’re worthy of the praise and status that society gives them. “Foresight” centers around Momo Yaoyorozu and Itsuka Kendo, two strong-willed heroes from Class A and B, who both experience moments where they question their abilities. Yet these doubts are exactly what push them to work so hard and prove that they are the very heroes that they aspire to be. Patience is the ultimate virtue here, whether it’s through the use of Momo’s Creation Quirk or the much larger game of chess that’s in motion.

This season of My Hero Academia is even somewhat framed about Hitoshi Shinso, a prospective hero student who’s spent most of his time lost in data and strategy rather than tangible experience out in the real world against villains. There’s debate over whether Shinso “belongs,” yet his perseverance has already started to pay off and prove that he’s just as likely to win this competition as anyone else. “Foresight” is a My Hero Academia episode that’s more concerned about strategy and preparation than any other entry from this season and it produces an absolutely electric battle that’s full of surprises until its final moments.

I was initially apprehensive over “Foresight” and how it might have just felt like the extension to the fight that was started back in “Operation New Improv Moves.” Battles that are drawn out over several episodes have a lot more to prove, but “Foresight” quickly differentiates itself from the previous episode once Class B fully moves into “Phase B.” The central players shift and this feels like a completely different showdown.

Momo Yaoyorozu has always floated in the background of My Hero Academia and she hasn’t gotten to headline many missions, despite the extreme versatility of her Creation Quirk. “Foresight” is the Yaoyorozu celebration that the character deserves and it quickly becomes one of her best episodes. Yaoyorozu wrestles with her own insecurities as well as Class B’s perception of her, which fuels her to extensively plan the perfect strategy for this battle. However,  Class B’s Itsuka Kendo is equally equipped for whatever Class A throws at her and her team. The collective foresight from both of these characters technically leads to the outcome of this battle visualized and determined before the first strike even gets thrown back in the previous episode.

Shihai Kuroiro previously led Class B with a strategy that was dependent on darkness, but Kinoko Komori and her Mushroom Quirk turn to an approach that thrives on light. There’s not much to this character, but her design and the chaotic energy that she exudes just works on every level. “Foresight” becomes an excellent opportunity for the new character to really let loose and make a strong impression. My Hero Academia is never a slouch when it comes to obscure character design details and Kinoko Komori is such an embodiment of mushrooms that even her eyes are designed like the caps of fungi. It’s excellent. She needs to be put up against Himiko Toga so that the madness between the two of them can just fly.

Komori’s powers create a “ground is lava” type epidemic where most of the environment becomes infected with fungi. Previously valuable Class A contenders like Tokoyami need to temporarily recede into the background, although it’s entertaining to see Invisible Girl gain some sort of shape because she’s covered with mushrooms. Class B’s Manga Fukudashi also adds more lunacy to the mix with his highly unusual Quirk that produces destructive onomatopoeia. This leaves Class A on the defense for most of the first act as they struggle to adapt to both Kinoko and Manga’s invasive Quirks that pollute the battlefield.

Komori and her Mushroom Quirk do a lot of the heavy lifting here, but “Foresight” really emphasizes the value of Kendo on her team. She’s the mastermind behind these different strategies and the fact that she even considers such a robust Plan B demonstrates how seriously she views this competition and that she’s not the type that just rushes into battle. It’s become a regular occurrence this season, but it’s still effective that Kendo actively thinks back to Yaoyorozu’s performance in season two’s Sports Festival as precedent for how she’ll respond to pressure. So often this series can turn into a brute display of powerful Quirks and so it’s deeply appreciated that every battle in the Joint Training Arc has heavily revolved around strategy and not which Quirk is strongest, but rather their smartest application to create the perfect counterattack.

This philosophy fuels the second half of the episode once Class B successfully isolates Yaoyorozu from her team. Kendo rightfully identifies Yaoyorozu as their biggest threat, which makes this a smart strategy, but also one that works against Class B since it also acknowledges just how dangerous Yaoyorozu can be. She feels a certain level of insecurity as she clashes against Kendo, but it becomes the necessary catalyst to push her past her breaking point. Their encounter becomes much more personal, both in terms of the intimate nature of their blows as well as the pride and reputation that’s attached to Kendo and Yaoyorozu’s statuses at school.

Yaoyorozu and Kendo trade physical blows, but their fight is more a battle of the minds as they try to get one step ahead of the other in order to cultivate the winning strategy. This fight boils down to a game of chicken in regards to how destructive Yaoyorozu will go with her plan and if Kendo has underestimated her opponent in this department. “Foresight” again defies expectations when Yaoyorozu launches support items for her team out of her cannon. It’s a development that’s so much more creative and exciting than if she were to launch a barrage of artillery at Kendo. It’s the perfect resolution that doesn’t just reflect Yaoyorozu’s intelligence, but it’s also a strategy that values her entire team, supports Tokoyami and Hagakure, and eliminates any ego from the equation.

Yaoyorozu’s plan is brilliant and it would be enough to win in most scenarios, but Class B manages to turn the tables on everyone in what’s a fitting example of Kendo’s intense perseverance. It ultimately feels right that it’s Class B that secures the win and gets their first victory of the Joint Training Arc. Everyone remains so impressed with Class A’s abilities, especially in regards to Yaoyorozu, that they still get to bask in some of their opponents’ glow. Class A aren’t the victors, but they certainly don’t feel like losers either. No one is left disappointed with the team’s performance and if anything they now have even more confidence in Yaoyorozu’s ability as a natural leader.

“Foresight” is a surprise delight and an early highlight of My Hero Academia’s action packed fifth season. There’s certainly a level of fatigue that can set in with episodes that largely revolve around combat, yet “Foresight” proves that this isn’t a problem when there’s enough creativity around the execution of battles and how these characters come together and confront each other.  This is another satisfying installment that allows underserviced supporting characters to shine and it effectively shares the wealth with its heroes. It’s a strong testament to the importance of teamwork and how no hero from either team is infallible. My Hero Academia is still early into its Joint Training Arc, but there’s bound to be new pressure on the next episode’s showdown now that the score is tied between Class A and B.