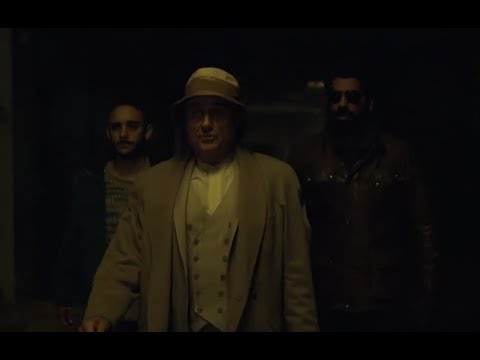 AfterBuzz
Share on Facebook
Share on Twitter
Share on Pinterest
Share on LinkedIn
New Media is in the house! Kahyun Kim joins host Kari Lane in studio to talk all about New Media and another intense episode! Race plays another major role in this episode as Shadow deals with the ghosts of the past. Religion and belief are questioned with Salem and the Jinn, and Mr. Wednesday. Sweeney and Laura dance and get intimate with death, but Laura is hiding something from Sweeney.

ABOUT AMERICAN GODS:
American Gods is an American television series developed by Bryan Fuller and Michael Green for Starz, based on the novel of the same name by author Neil Gaiman. Fuller and Green wrote the first episode and serve as showrunners. Gaiman will executive produce along with Fuller, Green, Craig Cegielski, Stefanie Berk, and Thom Beers. The eight-episode first season is set to premiere on April 30, 2017. An ex-convict becomes the bodyguard of a powerful old deity looking to reclaim his lost glory.