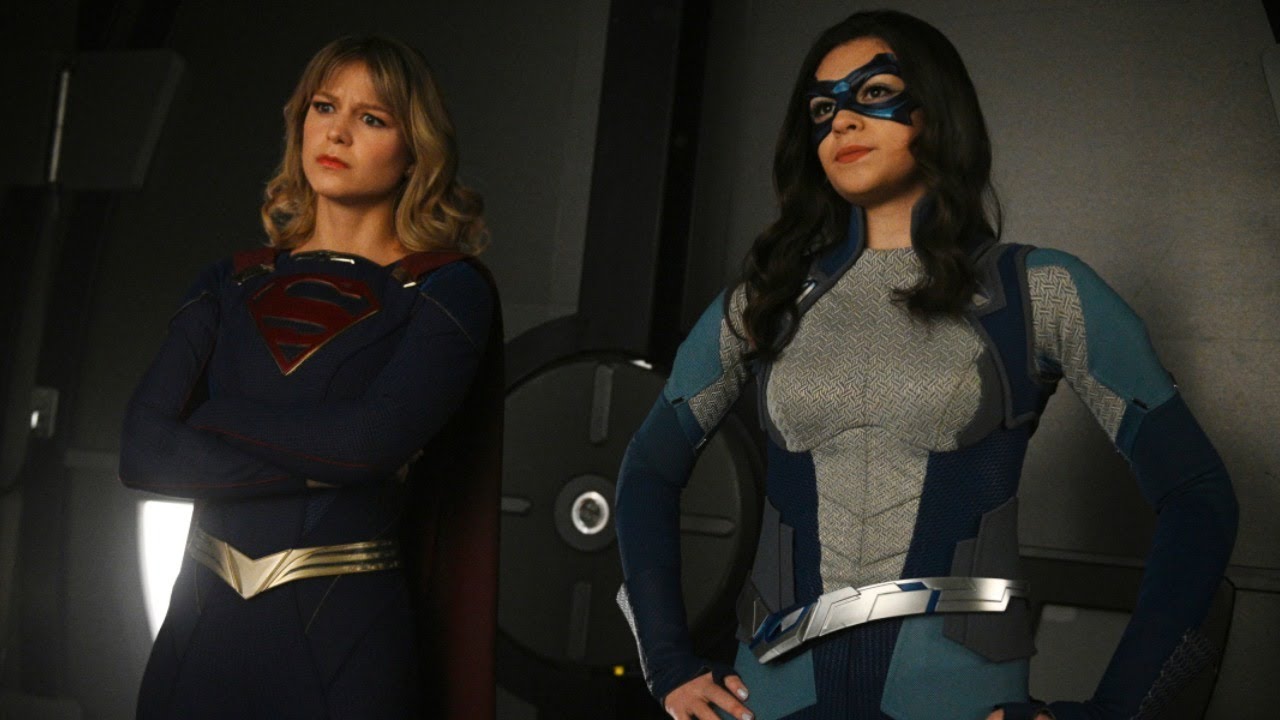 AfterBuzz
Share on Facebook
Share on Twitter
Share on Pinterest
Share on LinkedIn
On this weeks CW’s SUPERGIRL – SEASON 5 – EPISODE 18 – THE MISSING LINK – we begin with a disgruntled Brainy approaching Lex Luthor about his involvement in Lex’s plans. After Lex’s stunt with the ‘sun eating monster’ to gain access to the Fortress of Solitude and gain favor with Leviathan, Brainy is questioning Lex’s plan and motives. Lex tries to reassure Brainy that it is all for the greater good and to trust the process. Lex tells Brainy not to interfere and not to try to gain access to the Leviathan ship himself.

Meanwhile Alex and Kara are interested in the Leviathan symbol in an interest to find more clues on Levaithan’s current whereabouts. They are also interested in the whereabouts of Ramakhan, especially considering Nia had a mini dream about him and Brainy. Kelly connects them with former military special service linguist and current National Library of Congress archivist Pete Andrews. Pete does some research and finds dates of disasters in history where the symbol has appeared.

Kelly and William are also still investigating Obsidian Platinum. They voice more concerns to Andrea, in regards to the newly planned Obsidian Worldwide Unity Festival, the Obsidian version of Coachella on steroids online. A bad idea given all the bugs still in the programming. This has Lex written all over it. Andrea wants to hear no more about the bugs as she reaffirms she fixed the loophole herself personally. Not trusting her word, William and Kelly find out that it all connects to employee 873, who turns out to be none other than one Eve Tessmacher. When they tell Alex, she is not sure if Eve is connected to Lex in this world but given the past history is pretty sure something is afoot.

On the Leviathan ship, Gemma has Ramakhan in chains because of his past failures. They bicker, with Gemma showing a box given to her by Lex and giving Ramakhan a chance to redeem himself with a plan to kill the Supers. Ramakhan makes his way to the Oregon Geological Monitoring Station. This alerts Supergirl, Nia, Jonn Jonnz, and Mgann (who he has been getting super close to). An epic fight ensues with Ramakhan using his power staff and causing quakes. They manage to capture him as the DEO arrives. Brainy uses his official capacity to take it from there. Brainy takes Ramakhan as prisoner and takes him back the DEO, refusing Nia and Supergirl access to the prisoner. In interrogation Brainy speaks to Ramakhan in Leviathan speak and proposes to be allowed to be let in the ship in exchange for Ramakhan to be let out as he has been working with Luthor. Ramakhan says why would he want to be let out when he has worked so hard to be let in. The staff, as Nia sees in another dream vision, is doing something sinister. Ramakhan breaks the chains and fights his way to the kryptonite which he takes, presumably to charge the weapon that was shown in the box. Supergirl and Nia are disappointed in Brainy and know they have been betrayed.

Lena and Lex are at a prison where the inmates are being rehabilitated through the use of Obsidian technology. The technology has gone awry at the very beginning of the episode and Lena and Lex are there now to fix it. Another sighting by Steve Lomelli who is a fan of the technology as it has given him peace. He was the witness to the break down of the tech. The prison goes haywire as all the infected prisoners of the rage act out, as rage zombies full of aggression. Lena and Lex do their best to fix it but at the end have to suppress the Obsidian all together. This causes Lex to strategically reveal the rest of his plan to Lena. With Lena seeing first hand that human nature is the bane of human existence and that they will never naturally be better, Lex proposes that as Luthors they create mind control and save humanity the way Leviathan wants to, except with Luthors at the helm. Lex lets out the monster as his fury shows in his true plan and Lena is appalled.

We end with Lex destroying the prison and all the prisoners, Lena returning to Kara in hopes of an alliance to stop Lex and with Lex explaining to a shamed and guilty Brainy that his actions were part of the plan, as Lex receives the phone call with the invitation to the Leviathan ship. Seems Brainy isn’t the only 12th level intellect on the planet. All this and more on todays Afterbuzz Aftershow. Stay tuned.